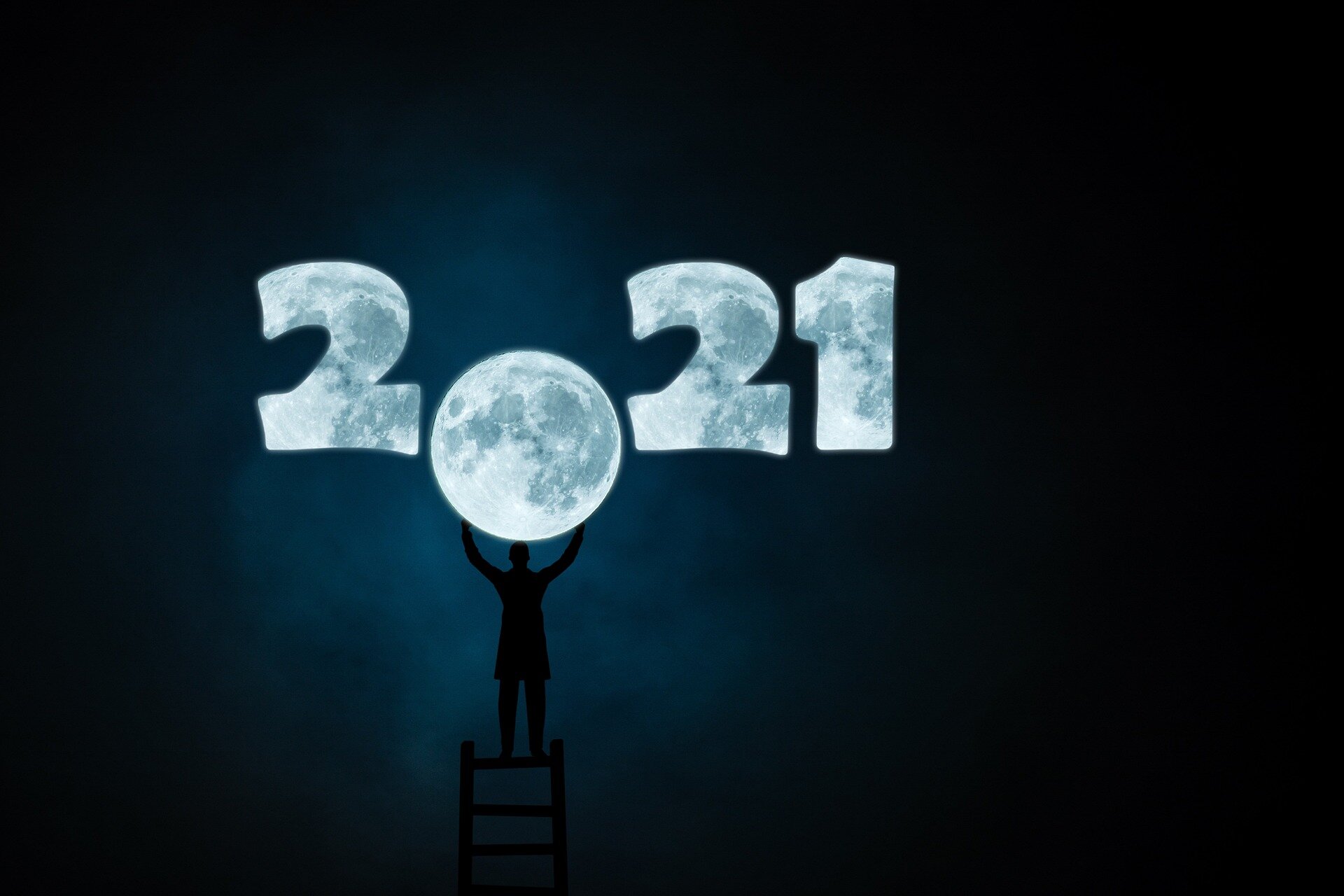 From the Mars Ingenuity helicopter’s first powered flight on another world to the launch of the James Webb telescope that will peer into the earliest epoch of the Universe, 2021 was a huge year for humanity’s space endeavors.

Beyond the science milestones, billionaires battled to reach the final frontier first, an all-civilian crew went into orbit, and Star Trek’s William Shatner waxed profound about what it meant to see the Earth from the cosmos, as space tourism finally came into its own.

NASA’s Perseverance Rover survived its “seven minutes of terror,” a time when the craft relies on its automated systems for descent and landing, to touch down flawlessly on Mars’ Jezero Crater in February.

Since then, the car-sized robot has been taking photos and drilling for samples for its mission: determining whether the Red Planet might have hosted ancient microbial life forms.

A rock sample return mission is planned for sometime in the 2030s.

With its state-of-the-art instruments, “Percy,” as the helicopter is affectionately known, can also zap Martian rock and chemically analyze the vapor.

Percy has a partner along for the ride: Ingenuity, a four-pound (two kilogram) rotorcraft that in April succeeded in the first powered flight on another celestial body, just over a century after the Wright brothers’ achieved the same feat here on Earth, and has performed many more since.

“Perseverance is sort of the flagship mission, it’s doing a long-term detailed investigation of this fascinating area of Mars,” Jonathan McDowall, an astronomer at the Harvard-Smithsonian Center for Astrophysics, told AFP.

By contrast, “Ingenuity, is one of these cute, small, cheap little technology demos that NASA can do so well,” he added.

The insights gained from Ingenuity could help scientists develop Dragonfly, a planned thousand-pound drone copter, to search for signs of life on Saturn’s moon Titan in the mid-2030s.

An American millionaire became the world’s first space tourist in 2001, but it took 20 more years for the promise of private space flight to finally materialize.

In July, Virgin Galactic founder Richard Branson faced off against Blue Origin’s Jeff Bezos to be the first non-professional astronaut to complete a suborbital spaceflight.

While the British tycoon won that battle by a few days, it was Blue Origin that raced ahead, launching three more flights with paying customers and celebrity guests.

Elon Musk’s SpaceX entered the fray in September with a three-day orbital mission around the Earth featuring an all-civilian crew on Inspiration 4.

But it was William Shatner, who played the swashbuckling Captain Kirk on the 1960s TV series “Star Trek,” who stole the show with a moving account of his experience.

“What you’re looking down on is Mother Earth, and it needs protecting,” he told reporters.

A Russian crew shot the first feature film in space aboard the International Space Station (ISS) in 2021, and Japanese tourists made their own visit there on a Russian rocket.

For a few minutes on December 11, there were a record 19 humans in space when Blue Origin carried out its third crewed mission, the Japanese team were on the ISS along with its normal crew, and Chinese taikonauts were in position on their station.

The sight of wealthy elites gallivanting in the cosmos hasn’t been to everyone’s liking, however, and the nascent space tourism sector triggered a backlash from some who said there were more pressing issues to face, such as climate change, here on Earth.

During the Cold War, space was dominated by the United States and the former Soviet Union.

Now, in addition to the explosion of the commercial sector, which is sending up satellites at a dizzying pace, China, India and others are increasingly flexing their space flight muscles.

China’s Tiangong (Palace in the Sky) space station—its first long-term outpost—was launched in April, while its first Mars rover, Zhurong, landed in May, making it the only the second country to achieve such an exploit.

“In the past 20 years since China finally decided to go big on space, they’ve been in catch up mode,” said McDowall. “And now they’re kind of there, and they’re starting to do things that the US hasn’t done.”

The UAE placed a probe into Martian orbit in February, becoming the first Arab nation and fifth overall to reach the planet.

Russia meanwhile launched a missile at one of its own satellites, becoming the fourth country to hit a spacecraft from the ground, in a move that reignited concerns about the growing space arms race.

Washington slammed Moscow for its “reckless” test, which generated over 1,500 pieces of large orbital debris, dangerous for low Earth orbit missions such as the ISS.

The year closed out with the launch of the James Webb Space Telescope, a $10 billion marvel that will make use of infrared technology to peer back 13 billion years in time.

“To push the boundaries of our knowledge about the cosmos, we had to build something capable of accessing that ancient past,” he added.

It will reach Lagrange Point 2, a space landmark a million miles from Earth, in a matter of weeks, then gradually start up and calibrate its systems, coming online around June.

Also next year, the launch of Artemis 1—when NASA’s giant Space Launch System (SLS) will carry the Orion capsule to the Moon and back, in preparation for America’s return with humans later this decade.

NASA plans to build lunar habitats and use lessons learned there for forward missions to Mars in the 2030s.

Observers are encouraged that the program launched by former president Donald Trump has continued under Joe Biden—even if he hasn’t been as vocal in his support.

Finally, sometime next fall, NASA’s DART probe will smash into an asteroid to kick it off course.

The proof-of-concept test is a dry run should humanity ever need to stop a giant space rock from wiping out life on Earth, as seen in Netflix’s new hit film “Don’t Look Up.”

What a blast: The rush of amateur astronauts

This document is subject to copyright. Apart from any fair dealing for the purpose of private study or research, no
part may be reproduced without the written permission. The content is provided for information purposes only.