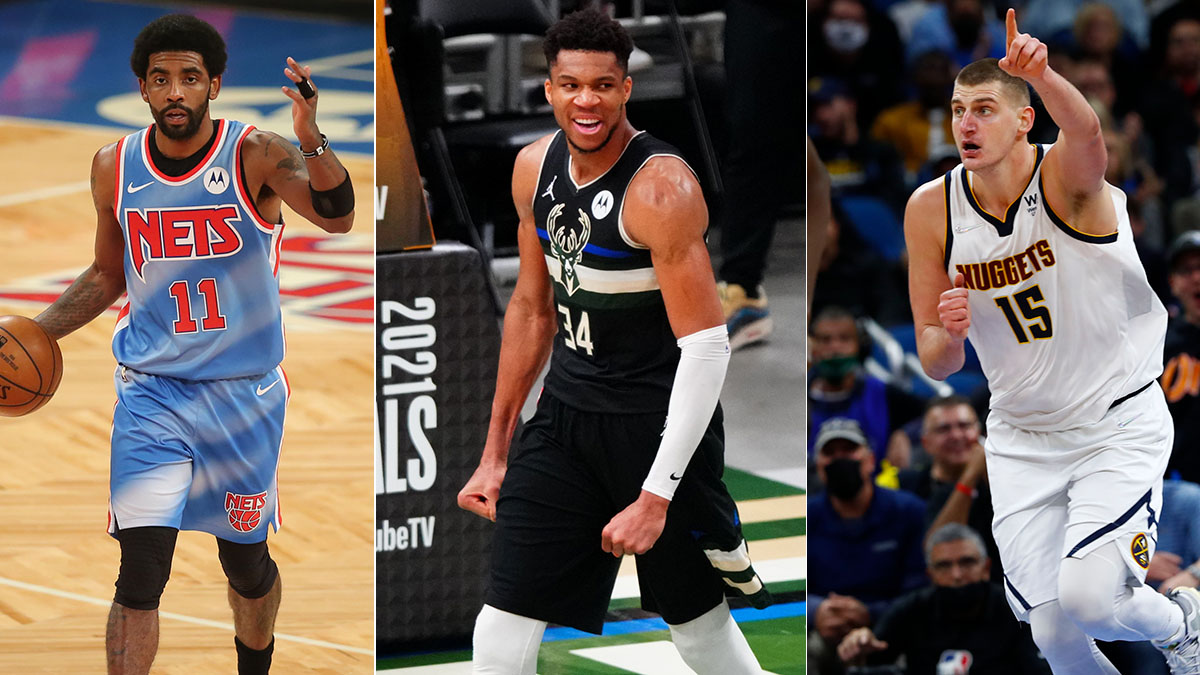 As we turn the page on the year 2021—a basketball year full of injuries, illnesses and interruptions—we figured it might make sense to go back and list out who and what made the year most gleeful, and what made us grit our teeth at times.

Before the clock strikes midnight, here’s our rundown of The Good, The Bad and the Ugly: NBA Edition.

No one would bat an eye if the choice here was the Cavaliers, who boast the best net rating and point differential in the Eastern Conference despite sitting fifth in the standings. Evan Mobley clearly has next, and between him, Jarrett Allen and Darius Garland, the Cavs finally have something relevant without LeBron needing to be involved.

But to choose the Cavaliers here would be focusing too much on this season alone. Plus, the team that deserves this honor more—Memphis—owns a better record so far, and that’s on top of beating Stephen Curry and the Warriors in a play-in game—on the road, no less—to make the 2021 playoffs.

People will understandably point to the stardom of Ja Morant and how he influences the team’s play, which is obvious. But then they’ll also scratch their heads when you point out the recent 10-2 stretch the Grizzlies had with Morant injured and out of the lineup.

Credit for coach Taylor Jenkins is long overdue; not just for keeping the team afloat—or having them thrive—with a trio of ballhandlers while Morant missed ample time.

Desmond Bane is quietly one of most improved players in the league, expanding his workload as a wing scorer a ton from last season without losing much in terms of efficiency. There’s still room for consistency; especially from 22-year-old Jaren Jackson Jr., who could take the team to the next level.

But to potentially not only make the postseason in ‘22, but to do so with homecourt advantage? On top of what the Grizzlies did last season? It’s hard to be more encouraged by the league’s fifth-youngest team. The future looks extremely bright.

Between Giannis Antetokounmpo following his back-to-back MVP seasons with his first NBA title, Stephen Curry and his team being back near the top of the basketball world again, and Kevin Durant perhaps taking the crown as the most dominant player in the world, it might seem like an odd pick to claim Jokić here.

If so, think again.

Jokić more than deserved his MVP award last season. Really, he should’ve gotten it unanimously after leading a heavily diminished Denver club to a top-four seed with the best year of his career by far, and not missing any action in a season where the other contenders for the honor all missed their fair share of time. This season, Jokić has somehow been even more dominant.

The Nuggets are even more depleted this season than last, with Jamal Murray, Michael Porter Jr. and P.J. Dozier all on the mend and out for months with serious injuries. The result has been Jokić’s usage rate climbing even higher, to almost 33%, with his efficiency metrics all being on par with last season’s. His PER this season currently sits as the best of all time; again, even more impressive than 2020-21, when he logged the 11th-best PER in NBA history.

The man is shooting almost 63% on two-pointers, despite a not insignificant portion of those looks coming from the midrange part of the floor. His defense has been legitimately good. He’s still the elite passer he’s always been, even with fewer threats to move the ball to.

It wouldn’t be surprising if he doesn’t repeat as MVP. It will seemingly be an uphill battle to sway voters, particularly if Curry and the Warriors stay on the trajectory they’re on, and the Nuggets end up closer to .500 as Jokić keeps them afloat. But Jokić has made a pretty solid case that he may be the world’s best player, even though it’s not an argument you often hear from the most prominent voices.

Most Annoying Storyline: Ben Simmons and the Sixers; Kyrie Irving and the Nets

Few things make less sense in life than waging a high-profile standoff for something that is inevitably going to happen anyway.

In Kyrie and the Nets’ case, the back-and-forth over whether the team was going to allow him to play turned out to be relatively silly, since Brooklyn recently announced it would let him serve as a part-time player—a reversal the club said was necessary after a COVID-19 outbreak that sidelined more than half the roster. (Then, upon bringing him back into the fold, Irving reportedly tested positive, too.)

At least the Irving situation is rooted in the larger, polarizing national conversation around the virus, public health and mandates. After a while, the Simmons situation simply wasn’t that interesting anymore, merely featuring two sides playing a game of chicken.

The Sixers—in the playoff race, but short a couple playmakers—seemingly could have traded him for something decent by now. Simmons could have gotten a fresh start somewhere, but now figures to face even greater scrutiny wherever he ends up now because of the nature of this holdout. The scenario hasn’t helped either side, even though both would have benefited by being a bit more reasonable.

The slight nod goes to the reigning NBA champions, who are still very much in play for the East’s No. 1 seed in ‘21-22, despite taking a conservative approach by simply resting key players to begin the season.

And make no mistake: they’ll be very much in the running to hold onto their crown, and there’s nothing they’d like more than to show that last year wasn’t something they merely stumbled into because of Brooklyn’s health, or anything else. The team is 16–2 this season when its three best players—Giannis, Khris Middleton and Jrue Holiday—each lace them up, and now has the confidence of a champion to go with its continuity. (Though a healthy Brook Lopez back in the lineup would surely be nice.)

Right behind the Bucks, the Phoenix Suns deserve an honorable mention here. They were just two wins away from winning it all, yet have been virtually tied for the best record in the league this season for weeks at this point. All that despite the lingering heartbreak, the questions about the workplace culture raised at the ownership level, and a handful of injuries could have unglued the team.

The Suns are legit. But that’s been true of them for more than a calendar year at this point.

It’s hard to come back to anything other than the ridiculous block Giannis Antetokounmpo made on Deandre Ayton in the closing moments of Game 4 in the 2021 NBA Finals.

Aside from the sheer athleticism and IQ that was on display in that sequence, it’s worth considering the backdrop of the situation. The Ayton dunk would have tied the score at 101 in a series the Suns were leading 2-1. If Phoenix earns that victory and goes up 3-1, the Suns then would have been going back home with a chance to clinch the series there.

Instead, Giannis did what he does, the Bucks won that game, and then the two games after that, to win the championship.

Ironically, one of the other plays of 2021 came on a lob for Ayton—one the Clippers surrendered on an inbound pass with less than a second remaining that helped tip the scales one round before the Finals.

The Lakers might be the obvious choice for most people, but they’re struggling for the reasons many analysts—myself included—figured they might. 1) They are old and brittle, as evidenced by Anthony Davis’s latest injury and 37-year-old LeBron James having been in and out of the lineup early on. And 2) The Russell Westbrook fit didn’t ever look to be a snug one.

It was puzzling that anyone had the Lakers listed as favorites, betting-wise or in theory, after watching them deplete their depth to add Westbrook to the roster. And on some level, it feels odd to call them the most disappointing club—at least solely—when so many people saw these sorts of issues on the horizon.

Even if they make the playoffs, nothing about this team shouts “contenders.”

To some degree, the same could be said of the Blazers, who essentially ran it back with the same core cast, but a different coach, in first-time head coach Chauncey Billups. The result thus far has been a 13–21 start, the worst defense of any team that’s actually trying to reach the playoffs this season, a fired general manager (Neil Olshey) after a workplace culture investigation, and the worst shooting season by far of Damian Lillard’s eventual Hall of Fame career.

It’s disappointing. But given the Blazers waited this long to make actual changes to a core that seemed to be going nowhere fast, maybe it’s what we should have expected by now.

• Kyrie Irving’s Uneasy Return to the Court
• LeBron at Center? Lakers Might Be On to Something
• The Warriors’ Quest to Achieve What Other Dynasties Couldn’t
• How LaMelo Ball Made a Difference in Charlotte