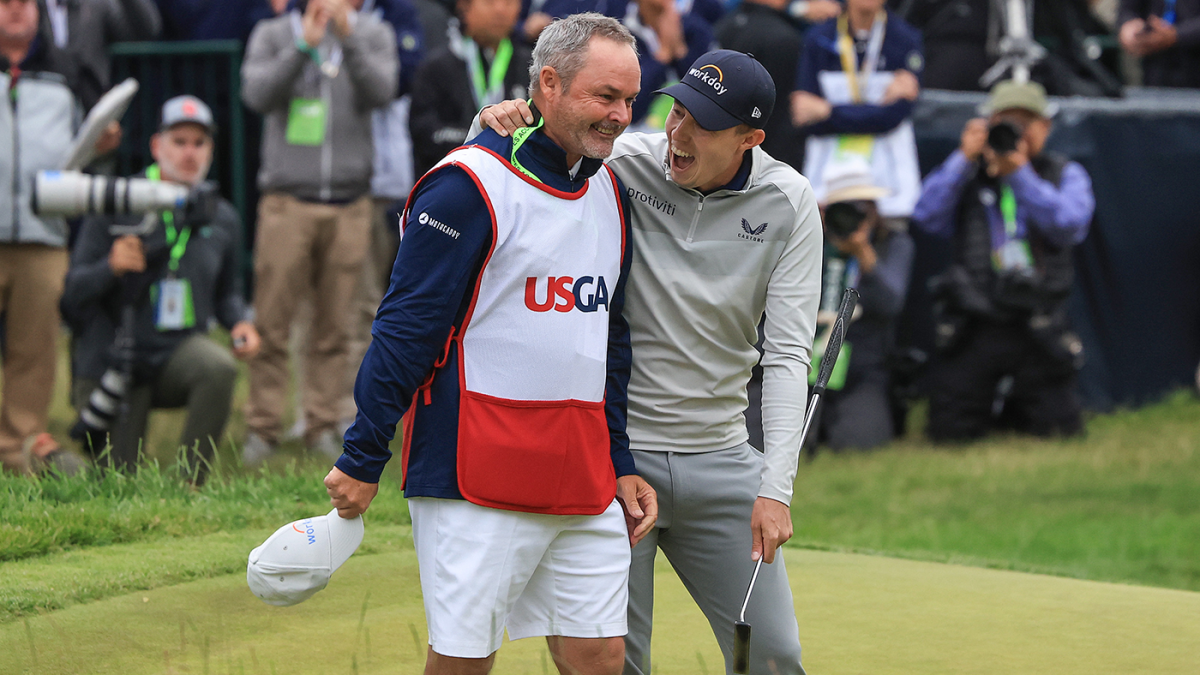 BROOKLINE, Mass. — This 2022 U.S Open week began with a discussion of the worst parts of professional golf and ended with a handful of moments that showcased the game at its best.

Matt Fitzpatrick shot a 68 on Sunday at The Country Club to beat Will Zalatoris and Scottie Scheffler by a stroke as he won his first major championship at the same place he won the 2013 U.S. Amateur.

It was a performance marked by a power and presence we were unaccustomed to seeing from Fitzpatrick along with a closing kick worthy of the golf course upon which it was played.

When Phil Mickelson stepped to the microphone Monday morning to address the rebel LIV Golf league he helped launch, a pall washed over one of the grandest weeks of the year. His somber-sounding shame permeated the rest of the property and foreshadowed a future that remains undesirable.

Like it or not — and many have exclaimed their positions loudly and profanely — LIV Golf is here to stay. It’s all players, caddies, agents, managers, media and staff discussed this week at Brookline. It has rattled the piers upon which professional golf currently sits.

Greg Norman’s pet project, though, cannot (and likely will not ever) permeate the fortress built around the 16 days of the year in which major championships are contested.

Thursday’s first round served as a refuge, and so did the 54 holes that followed.

The leaderboard this U.S. Open produced on the weekend only exacerbated this reality. Collin Morikawa led at the halfway point as he tried to become the first golfer to win three majors in his first 11 such starts since the Masters started in 1934. He faded with a 77 on Saturday, but in his stead stood the top three players in the world. At one point Sunday afternoon, Scottie Scheffler (No. 1), Jon Rahm (No. 2) and Rory McIlroy (No. 3) were among the top four on the leaderboard.

Rahm and McIlroy couldn’t capitalize on their opportunities, and McIlroy wasted one of the great putting performances of his career after leading the field with nearly 10 strokes gained putting. Scheffler hung on for dear life down the stretch trying to achieve the rare Masters-U.S. Open double, and Fitzpatrick led Zalatoris by one at the turn with both seeking their first career majors and PGA Tour wins.

Over the ensuing two hours, a week that was about everything but golf then delivered perhaps the best golf we’ve seen this year. A two-shot swing at No. 11 gave Zalatoris a two-shot lead over Fitzpatrick. Zalatoris, now a three-time major runner-up, grabbed his ball out of the cup and lustily pumped his fist, strutting like a man hell bent on redeeming that PGA Championship playoff loss to Justin Thomas a month ago.

Fitzpatrick struck back on No. 13 with a right hook that belied the meekness with which he normally carries himself. The tournament was once again tied. Pars at No. 14 led to a long wait on the 15th tee as fans squeezed into the narrow alley looking out over the finishing stretch where turkeys (literal turkeys) frequently circled this week.

Fitzpatrick stared into the future. What was he thinking about there while tied atop the U.S. Open leaderboard with the man standing next to him? Perhaps the past, when he won the Am here in 2013. Perhaps the future and the four holes he had remaining to break the gridlock. He explained after the event how difficult it is to stop envisioning the trophy in his grasp.

“You’re just trying to tell yourself, ‘Just stop. Just have a break. Just stop thinking about it. It’s not there yet,'” Fitzpatrick said.

It wasn’t there yet, but after that hole it, it was nearly his to hold. Fitzpatrick sprayed his drive way out to the right but somehow got up and down amid a horseshoe of folks from 220 yards away to get to 6 under, all while Zalatoris made bogey to drop two back.

“It was one of the best shots I hit all day,” said Fitzpatrick.”It was a great shot. To do that and take advantage of the break I had was fantastic.”

Fitzpatrick barely parred home, and it was barely enough. After an easy 3-4 run at Nos. 16 and 17, he hit his tee shot on No. 18 into a fairway bunker. As he walked toward it, the Boston fans broke contain on the police force behind them and encircled their once and future champion.

Fitzpatrick then struck “one of the best shots I ever hit” out of that bunker, two-putted for par and avoided a near-miss birdie from Zalatoris that would have sent the tournament into a two-hole playoff. As soon as Zalatoris’ putt ran past the hole, Fitzpatrick turned to caddie Billy Foster, who was already weeping.

Chaos ensued, as it always does at the end of major championships. Rory McIlroy was there to hug his Ryder Cup teammate. Fitzpatrick’s brother Alex, who caddied for him at that 2013 Am, was in tears. Fitzpatrick hugged his dad on Father’s Day; both could barely breathe.

It was emblematic of one of the great extended finishes to a major championship in the last decade. While the primary players may not become multi-major winners or future Ryder Cup captains, the end of the week was less about their plaudits and more about what the most unadulterated version of this game looks like.

It’s not the home of golf, but in the United States, you can’t necessarily pick a better or more original host site than The Country Club. It’s one of the five founding clubs of the United States Golf Association, which ran the tournament it hosted this week. The oldest venues often host the greatest golf.

It’s difficult to explain to the uninitiated how playing for a $3.15 million first prize is somehow the purest form of sport. Being among final few pairings on the back nine in contention on major championship Sundays, though, is probably the position where money is thought about least. Boston’s gloomy gray backdrop made the scene feel as raw as it appeared.

Golf of late has felt so manipulated and choreographed. This felt impromptu and wild.

It was fitting, too, that during a year in which players have been trying to game the system to figure out how they can work less and earn more, it was a player who worked perhaps the most on his game who thrived at Brookline. Fitzpatrick has transformed his body and his game. The numbers don’t lie.

He finished T16 in driving distance this week, which doesn’t sound like much until you realize he ranked T127 on the PGA Tour last year. He out-drove Thomas and McIlroy this week. He punished fairways, too, which is indicative of an all-around game that’s the best it’s ever been. Fitzpatrick is having a career year in every category except for putting, which portends a future in which winning could become rote.

He didn’t even need to rely on a putter he’s often leaned upon. He finished 42nd in putting, while McIlroy finished first. If you had uttered that statistic Monday and who won the event, you would have made a ton of money.

Fitzpatrick proudly paraded the U.S. Open trophy all over the property as he popped from interview to interview Sunday evening. His answers were mostly benign and repetitive.

One comment stood out, though. It served as a perfect volley back to the players who spent the early portion of the week defending the business decisions they made in joining LIV Golf and potentially giving up the opportunity to play in future major championships.

“The feeling is out of this world,” said Fitzpatrick of holding the U.S. Open trophy in the same place he once held its cousin. “It is so cliche, but it’s stuff you dream of as a kid. Yeah, to achieve it, I can retire a happy man tomorrow.”

The last fortnight has been about, as PGA Tour commissioner Jay Monahan said in a recent letter to players, “money, money, money.” We will return to that conversation Monday and beyond as — if you believe the rumors flying around at Brookline — a few former major winners and potential future ones plan jump ship and link up with the PGA Tour’s rival.

Across four days, though — and especially for the final nine holes on Sunday — we shared an experience all the money in the world could not buy: contending for and winning a major championship.

In a world where it seems anything and anyone can be bought, the joy and utter delight of that experience is simply impossible to monetize.