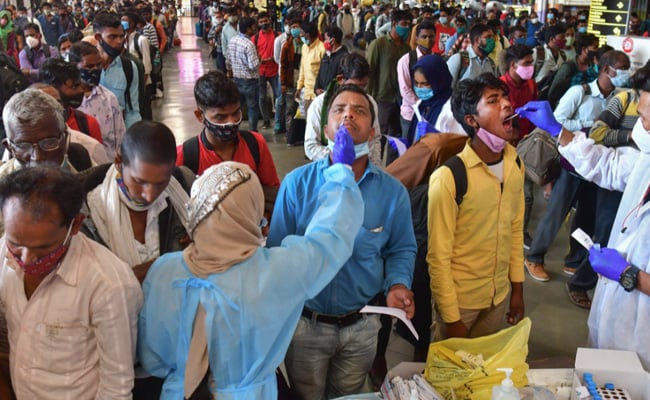 India has been continuously speeding up vaccination drive across the country. Those in the age group 15-18 are being inoculated now. Over 147 crore vaccine doses have been administered in India, making a significant milestone in the fight against COVID-19.

Active cases account for less than 1 per cent of total cases, currently at 0.61 per cent. The active caseload stands at 2,14,004.

Some 534 people have died of Covid during the period for which data for the latest Health Ministry figures was collected. This includes 432 deaths in Kerala in the last few months, added based on pending appeals after the last Supreme Court guidelines.

Soaring Omicron cases around the world could increase the risk of a newer, more dangerous variant emerging, the World Health Organisation, or WHO, said yesterday.

While the variant is spreading like wildfire around the world, it appears to be far less severe than initially feared and has raised hopes that the pandemic could be overcome and life return to more normality, the WHO has said.

But WHO senior emergencies officer Catherine Smallwood sounded an ominous note of caution, telling news agency AFP that the soaring infection rates could have the opposite effect.

“The more Omicron spreads, the more it transmits and the more it replicates, the more likely it is to throw out a new variant. Now, Omicron is lethal, it can cause death… maybe a little bit less than Delta, but who’s to say what the next variant might throw out,” Ms Smallwood said.