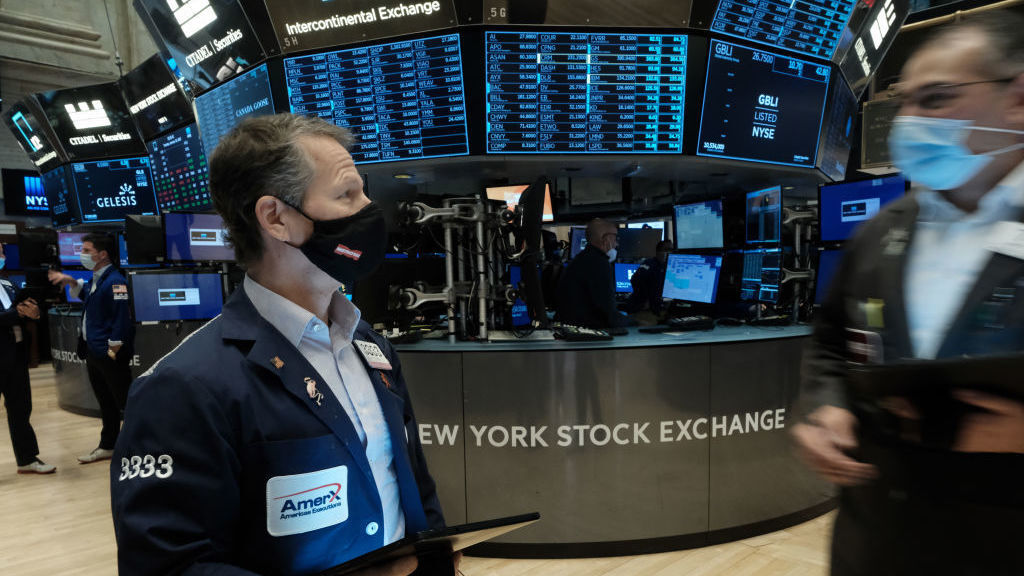 Traders work on the floor of the New York Stock Exchange. Lawmakers from both parties are stepping up calls to ban members of Congress from trading individual stocks.

Traders work on the floor of the New York Stock Exchange. Lawmakers from both parties are stepping up calls to ban members of Congress from trading individual stocks.

Almost 10 years ago, Congress overwhelmingly passed the STOCK Act — requiring members and their spouses to disclose when they buy or sell stocks. The rare bipartisan bill flew through both chambers after a series of national news stories raised questions about whether lawmakers were profiting from their jobs.

Now there’s a bipartisan push again — this time to ban lawmakers from trading individual stocks at all. Proponents say it’s important to take the step to remove all doubt or charges of conflicts of interest that could stem from members using information from classified briefings or committee meetings to make money in the market.

When asked earlier this month about new efforts to change the law to ban trading for members of Congress, the speaker backed the current system.

“We are a free market economy. They should be able to participate in that,” she said.

But the current law has a mixed record. Reports filed by lawmakers exposed trades by members of both parties in 2020 that resulted in profits after briefings on the seriousness of the pandemic. The Justice Department reviewed several cases but ultimately didn’t pursue any charges.

And a host of critics say too many members of Congress fail to file reports required under the rules, or file them months late, and there are no real consequences.

“Members of Congress are finally seeing that the public wants to know that they are not acting in their own personal interests when they make official decisions,” Payne told NPR. His group has filed complaints with the Office of Congressional Ethics and Senate ethics committee detailing violations with the current law. Payne says there are more than 50 instances in the last year of members not disclosing their stock trades in the time period required.

The push to further restrict how members can invest has united members across the political spectrum, from liberals like New York Democratic Rep. Alexandria Ocasio-Cortez to conservative Texas Republican Chip Roy.

Bills introduced in the House and Senate would ban trading for lawmakers; others extend the ban to spouses and other family members.

Pelosi is a case in point. NPR reported recently that investors are following the trades of Pelosi’s husband — even when spouses comply with disclosure rules, investors think they could have an inside track.

“I cannot imagine being a speaker of the House with the power of what can come before committee, you name them and what can come to the floor and trading millions of dollars worth of options. I just don’t think the American people think that’s right,” McCarthy told NPR earlier this month. He noted he doesn’t currently trade individual stocks.

McCarthy is in line to be speaker if his party gains control of the chamber in November. He said he was still sorting out details on who would be covered, and whether he would advance his own bill or look at making the change to House rules if the GOP gains the majority after the midterms.

But as McCarthy adds his voice to a new push to change the law, his own members are split.

“I don’t know of anybody that has profited. But I do know that members of the public are questioning whether we get insider information,” Buck said.

Texas GOP Rep. Pete Sessions disagrees with the need for a new law. “I don’t believe it’s necessary,” he said. Still he did agree with Buck that it’s important to demonstrate to the public there’s no conflict of interest and pointed out that the current law mandates filing timely reports or facing a fine.

Sessions, however, admitted he failed to disclose a trade within the required period.

“I should have recorded it, but I didn’t have the paperwork on it or something. So I think I’ve asked for a waiver at least once, maybe twice. But I reported it within a reasonable period of time,” Sessions said.

Nebraska GOP Rep. Don Bacon is torn about whether a new law is needed.

“I got mixed feelings. I don’t have any myself. I do mutual funds. I think there’s risk if you have stocks. A lot of legislation we’re working on could impact it. Committee hearings, you hear stuff. So I think I think I’d be really cautious if you have stocks,” he said.

Debate over rules for spouses

California Republican Rep. Darrell Issa, one of the wealthiest members of Congress, stopped trading stocks once he got elected. “I made that decision because it made an abundance of simplicity that you have no conflicts — other than the broad conflict of I want the country to do well.”

He said it’s time to update the law. He added members of the judicial branch should also be covered. But he said there are some practical issues to work out to implement an “outright ban” related to when new members are sworn in and transition to any possible new rules. He pointed to some lawmakers’ personal holdings they had before taking office, and the situation of many spouses.

“We have spouses that are CEOs of public companies, we have lots of them that are employees of companies that grant stock options that they then sell,” Issa told NPR.

Facing pressure on the issue, Pelosi asked the panel overseeing the House last week to investigate how the current law is working and consider increasing fines.

“The Speaker believes that sunlight is the best disinfectant and has asked Committee on House Administration Chair Zoe Lofgren to examine the issue of Members’ unacceptable noncompliance with the reporting requirements in the STOCK Act, including the possibility of stiffening penalties,” Pelosi’s spokesman Drew Hammill said. He added, “To be clear, insider trading is already a serious federal criminal and civil violation and the Speaker strongly supports robust enforcement of the relevant statutes by the Department of Justice and the Securities and Exchange Commission.”

Pelosi does back extending the law to federal judges, but she is facing increasing calls from her own members in an election year to to go further.

Talk of making rules consistent across 3 branches of government

White House economic director Brian Deese said on CNBC last week that the idea of a ban for lawmakers to match restrictions for the executive branch was “certainly sensible.”

“One of the things that we need to do across the board is restore faith in our institutions — whether that be Congress and the legislative branch or whether that be the Fed and others. And so anything we can do to try to restore that faith I think makes a lot of sense,” Deese said.

White House press secretary Jen Psaki sidestepped a question Tuesday when asked about the president’s position on whether lawmakers should be able to trade stocks. She noted President Biden didn’t trade stocks when he served in the Senate.

Psaki said Biden “believes that everyone should be held to the highest standard.” But she added, “He’ll let members of leadership in Congress and members of Congress determine what the rules should be.”

Recently, the Federal Reserve added restrictions following a controversy over two officials’ investments. Fed Chair Jerome Powell was pressed last week about the appearances of conflicts by Sen. Jon Ossoff, D-Ga., who introduced legislation to ban trading for lawmakers and their spouses last week. Powell noted his agency’s new rule will “effectively end any ability to actively trade of any senior Fed official.”

“I completely agree that the public’s faith that we are working to their benefits is absolutely critical,” Powell said.