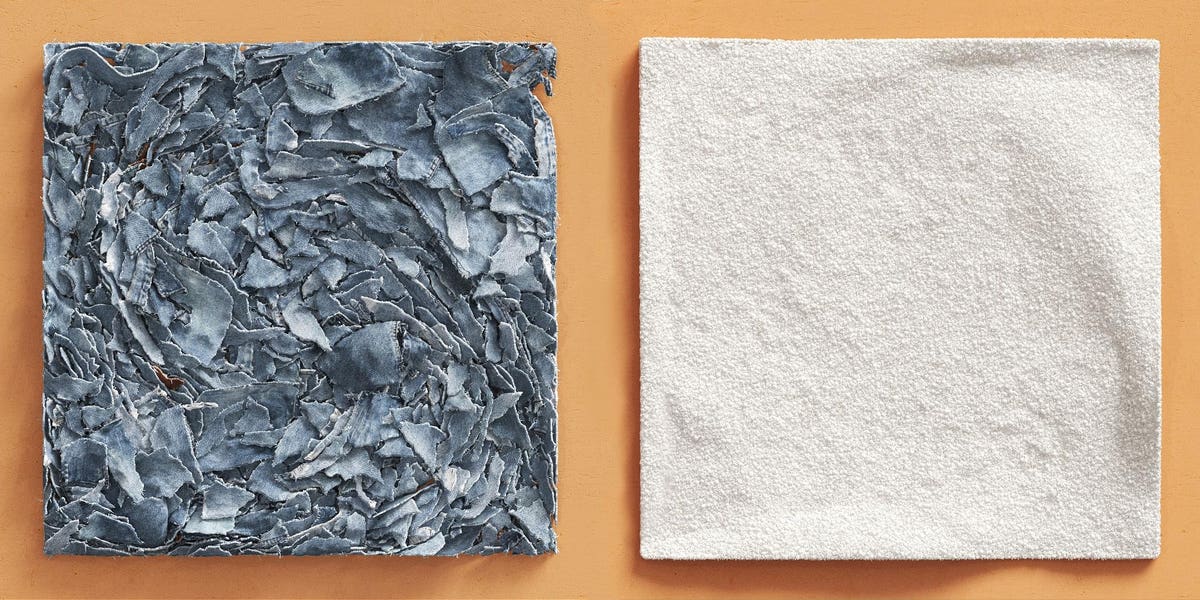 In recent years, the pulp and paper industry has gone from having a reputation of being dirty and environmentally unfriendly to being a leader in sustainability and pollution control. Now the technologies that enabled that transition are being used to help the textile industry too. And the players involved are restarting a shuttered paper mill in Sweden to make it happen, once more providing good-paying jobs for the area.

Renewcell is the Sweden-based scaleup at the center of it all. The company developed a sustainable process that recycles waste textiles into a product called Circulose, whose name is the tip-off that it’s aimed at making fashion circular.

“We’re using basic pulp and papermaking technologies,” said Patrik Lundström, CEO at Renewcell. “We take cotton-rich textiles like jeans, t-shirts and bed linens, textiles that are over 90% cotton, and use them to produce a dissolving pulp. This pulp is then made into viscose fibers and spun into new fabrics that are used to make new clothes. It’s a drop-in product for the existing value stream. Our customers don’t have to change their existing processes much. And you don’t feel any difference between the recycled fabrics and new.”

Some big-name customers are already on board, with H&M Group, Inditex and Levi’s signing on as early users. H&M has been an investor in Renewcell since 2016, and made Circulose part of the Conscious Exclusive collection that launched in March 2020. In November of the same year the two companies signed a multi-year agreement for Renewcell to provide thousands of tons of Circulose fibers to H&M. Inditex, owner of eight brands including Zara and Massimo Dutti, signed an agreement with Renewcell last June to develop a pilot project for closed-loop textile production. Levi’s, meanwhile, has announced the launch of a version of their 501 Original jeans made with Circulose for early this year.

ABB’s expertise is critical to the processes involved. “The process looks a lot like pulp and paper from our perspective,” explained Steve St. Jarre, Global Business Development Manager, Pulp and Paper, ABB. “Water is added to the pulp mix, which is processed to separate fibers. Water is then removed during the drying process and that’s where ABB’s technologies measure the product quality to help Renewcell use as little resources as possible to meet specifications. We have nucleonic scanning technology for sheet areal weight, and we measure water content precisely, controlling both. We also provide the AC variable-speed drives for the machinery, which are extremely reliable and energy-efficient.”

Renewcell has been operating a pilot operation until now. “We have a plant up and running in Kristinehamn, two hours west of Stockholm,” said Lundström. “It has four-and-a-half thousand metric ton capacity. We sell by the container, so it’s industrial scale. But the textile industry as a whole is 110 million metric tons, and will grow to 160 million by 2030. So this plant is only the start.”

That’s where the old paper mill comes in, as the company looks to scale up. “The new plant is three hours north of Stockholm in Sundsvall,” Lundström continued. “It was owned by the pulp and paper company SCA, one of the biggest in the world. “They closed the paper mill, which gave us the opportunity take advantage of the infrastructure we need and pick up some good skilled workers. We’re investing more than 1.3 billion Swedish Krona ($141 million US), and the plant will restart in Q2 this year at the capacity of 60,000 metric tons that we have planned. That’s 0.05% of the total market, and we have 360,000 metric tons of capacity in our long-term guidance. And we have five patents granted and three more in process that are proprietary to Renewcell.”

ABB will be supporting those efforts as well. “We have a total of 4,000 people in Sweden,” said Björn Jonsson, Hub Manager North Europe, Process Industries, ABB. “And we’ve built a small project team to support Renewcell. They’ll be assisted by the global ABB pulp and paper team. We’re excited to be part of the technology and scale-up. It’s a great fit for our goals at ABB for sustainability ourselves, and in support of our customers. It’s a fantastic reference case for us. Our 100 years of pulp and paper expertise helps. No one company can do this on its own. New types of industries are being built up, so it’s important to have strong partnerships.”

“This shows there’s a path for sustainability that we can do,” added Lundström. “Green energy, green food processing, recycling and circularity all create huge opportunities for businesses. We need to get it done.”