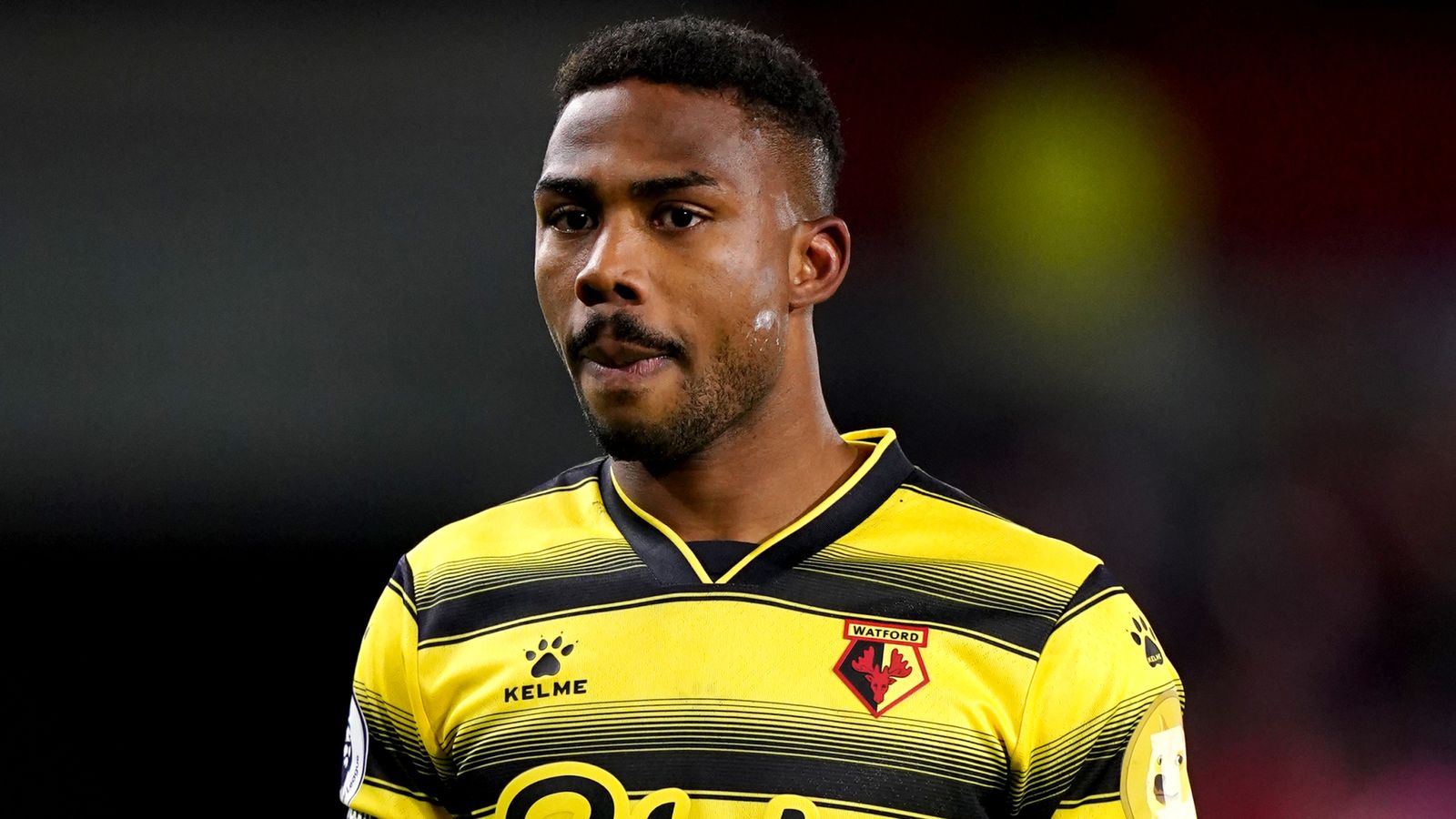 Watford striker Emmanuel Dennis will not play in the Africa Cup of Nations (AFCON) after the Nigerian Football Federation said his club are “baring fangs”.

Nigeria have been hit by a double blow to their attack after Dennis and Napoli’s top goalscorer Victor Osimhen both dropped out of their squad for the tournament in Cameroon.

Dennis is not being released by Watford because the Nigerian federation did not request him for the tournament in time, with the federation releasing a statement on Friday.

Watford manager Claudio Ranieri earlier this week revealed Nigeria missed the deadline to inform Watford of their intention to select him, giving the club the power to decide whether to release the 24-year-old striker for international duty.

Speaking on Friday ahead of Saturday’s Premier League game at home to Tottenham, Ranieri insisted Watford are not being disrespectful towards AFCON and that Dennis has accepted the decision to keep him at Vicarage Road.

“No, no, no – we respect everybody,” Ranieri said. “They (Nigeria) have a lot of players, and they changed the manager then they change everything, and then we were ready.

“We knew we were ready to give the players, but they didn’t do this. And then the two boards spoke and then for me it’s OK.

“I’ve spoken with him (Dennis). Of course he wanted to go, to play, but he also wanted to help Watford.

“I accept the decision of the board and the Nigeria team.”

Osimhen is also out of Nigeria’s squad after contracting Covid. He suffered facial fractures playing for Napoli in November in a clash of heads with Inter Milan’s Milan Skriniar and required titanium plates and screws fixed to his cheekbone and eye socket.

His club said he would be out for three months but the forward returned to training just before Christmas, wearing a protective mask, and travelled to Nigeria last week.

But he has now contracted the virus for a second time and has gone into isolation in Nigeria, cancelling a trip back to Italy for a further check-up on his cheekbone.

The 23-year-old is asymptomatic, according to a statement by his club Napoli.

Nigeria have called up Peter Olayinka from Czech club Slavia Prague and Olympiakos winger Henry Onyekuru to replace the two forwards while Semi Ajayi from West Brom and Tyrone Ebuehi, who plays at Venezia in Serie A, come in as defenders.

Nigeria play their first Group D game against Egypt in Garoua on January 11.

Former England and Arsenal striker Ian Wright says media coverage of Europe-based players travelling to the Africa Cup of Nations is “disrespectful” and “tinged with racism”.

The 24-team competition begins on January 9 and will feature a host of leading Premier League players, with Sky Sports showing all 52 games live.

Wright said coverage of the tournament and the issue of player release during the European season is in marked contrast to how Euro 2020 was treated.

“Is there ever a tournament more disrespected than the Africa Cup of Nations?” Wright said in a video posted on Instagram.

“There is no greater honour than representing your country. The coverage is completely tinged with racism.

“We played our Euros across 10 countries in the middle of a pandemic and there’s no issue at all. But Cameroon, a single country hosting a tournament, is a problem.”

Players heading to the Africa Cup of Nations will be allowed to play for their clubs until January 3.

Wright added that he objected to players being asked whether or not they intend to play for their countries.

“You are getting players getting asked if they will be honouring the call-ups to their national teams. Imagine if that was an English player representing the Three Lions. Can you imagine the furore?”

Sixteen Premier League clubs and Rangers are set to be impacted by the Africa Cup of Nations in January and February. Who are they? And which players could be absent?

The Africa Cup of Nations will run from January 9 to February 6, with 40 Premier League players potentially being called up for duty for the tournament in Cameroon.