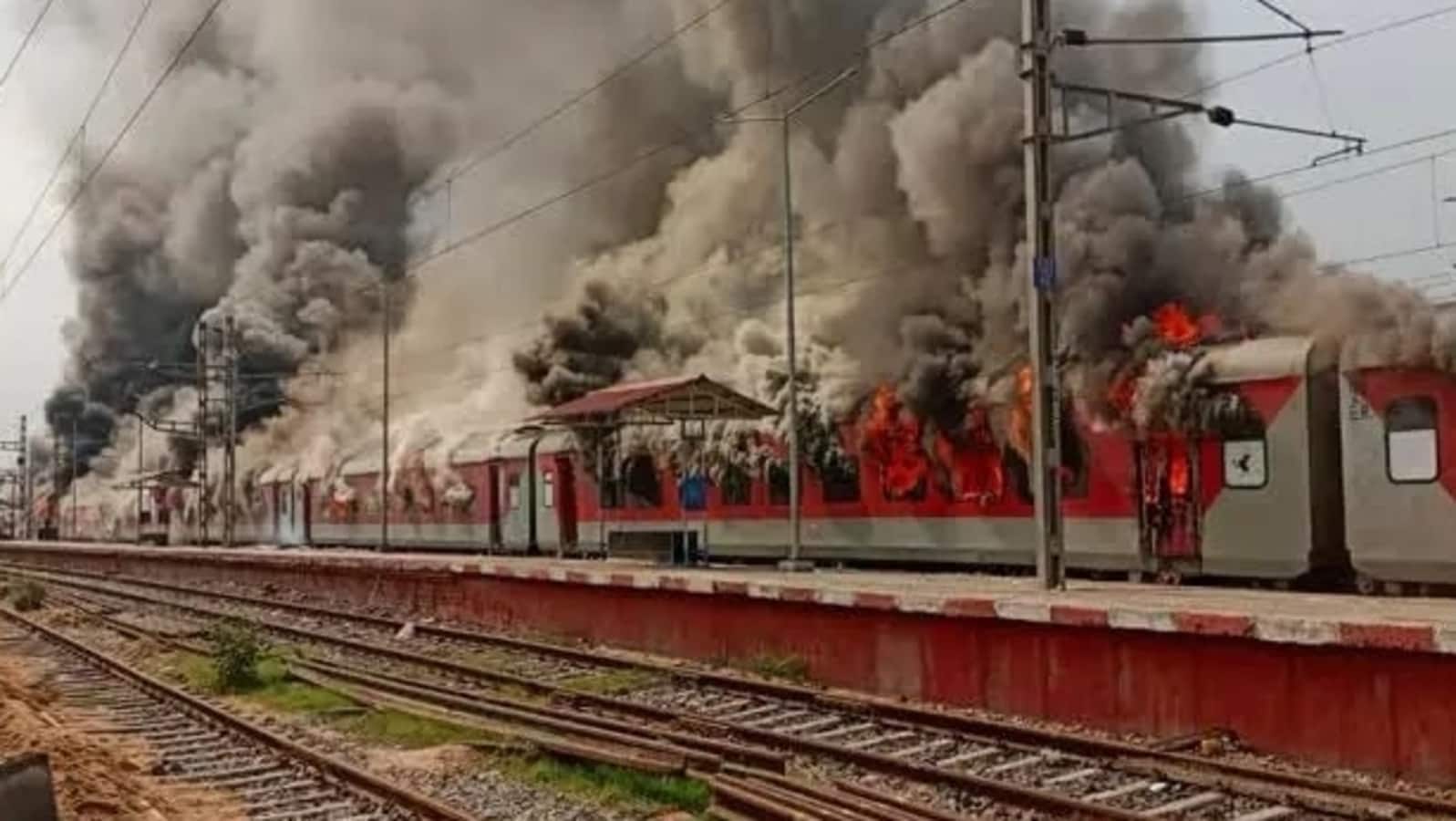 Agnipath recruitment scheme protests LIVE: The protests against the new defence recruitment scheme continues across the country. The violent protests which erupted in parts of Bihar, Madhya Pradesh, Uttar Pradesh and Haryana on Thursday continued on Friday. Two trains were torched at Samastipur and Lakhisarai in Bihar by the armed forces aspirants.

The protests come hours after the defence ministry announced a one-time waiver for the upper-age limit of the recruits from 21 to 23. The opposition has targeted the Centre over the Agnipath recruitment scheme. Congress leader Rahul Gandhi slammed the Centre over the scheme, tweeting “No rank, no pension, no direct recruitment for 2 years, no stable future after four years, no respect shown by the government for the army.”

As the protests against Agnipath continues for the third day across the country, defence minister Rajnath Singh said recruitment through this newly launched scheme will begin shortly.


Agnipath protests: ‘Not even 24 hours passed…’: Priyanka’s swipe at BJP

Agnipath protests: On Wednesday too Priyanka Gandhi slammed the government over the ‘Agnipath’ scheme, tweeting ‘the BJP (is) making recruitment to the armed forces its lab for experiments’.

“Forces have been deployed at the station since morning. A few hooligans reached there but they were stopped from damaging much; they attempted stone-pelting. Action being taken,” Ballia DM Saumya Agarwal told reporters

According to the report, the largest displacements due to disasters in 2021 took place in China (60 lakhs), the Philippines (57 lakhs) and India (49 lakhs). The UN report said that most disaster displacements were temporary.