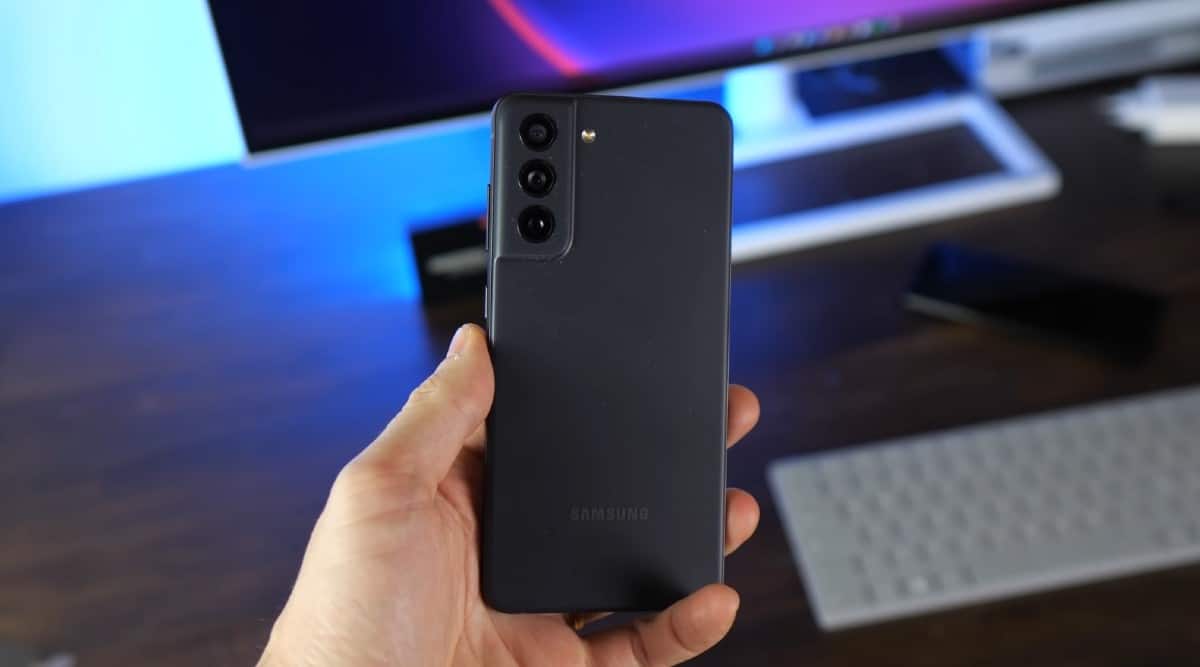 Samsung is gearing up to launch its Galaxy S21 FE lineup of smartphones in January, offering a budget flagship experience for buyers. However, a customer in South Africa has been able to purchase the device ahead of time and post a mini-review video on Reddit.

Based on u/UnknownWon’s video, the Galaxy S21 FE comes packed in a slim box that omits the charger, but still includes a USB Type-C charging cable and a SIM ejection pin tool. The phone itself is an olive green (khaki) variant, sporting a vertical triple-camera setup at the back with a camera bump.

According to u/UnknownWon, the S21 FE runs on the One UI 3.1 Android 11 skin, a build that is more stable than the newly released Android 12. The update was prone to cause a lot of bugs and performance issues, forcing Samsung to pause the rollout on its devices. A newer, more stable build has now been released for the Galaxy S20 and Fold series phones.

The display currently allows you to switch between 60 and 120Hz refresh rates, and is powered by the Qualcomm Snapdragon 888 chipset and a 4,500mAh battery with Fast Charging. One can even set a charging speed and even disable it to avoid overheating. The phone also comes with 6GB of RAM and features an optical in-display fingerprint scanner instead of the ultrasonic ones.

The Redditor believes that the cameras are the same as in the Galaxy S20 FE – a 12MP main camera, 8MP telephoto lens, and a 12MP ultra-wide. It also features a dual-recording function that lets you record from the selfie camera and rear camera at the same time.

He also notes that the S21 FE’s display suffers from a slight green tint in a side-by-side comparison to his Poco X3, and has no option to manually adjust the white balance. As for the build, u/UnknownWon claims that it is “lighter,” “comfortable,” and feels more “premium.”

As per previous leaks, the phone is expected to launch in four colours – olive, black, purple, and white options, and should start at a $699 (about Rs 52,165) price tag.