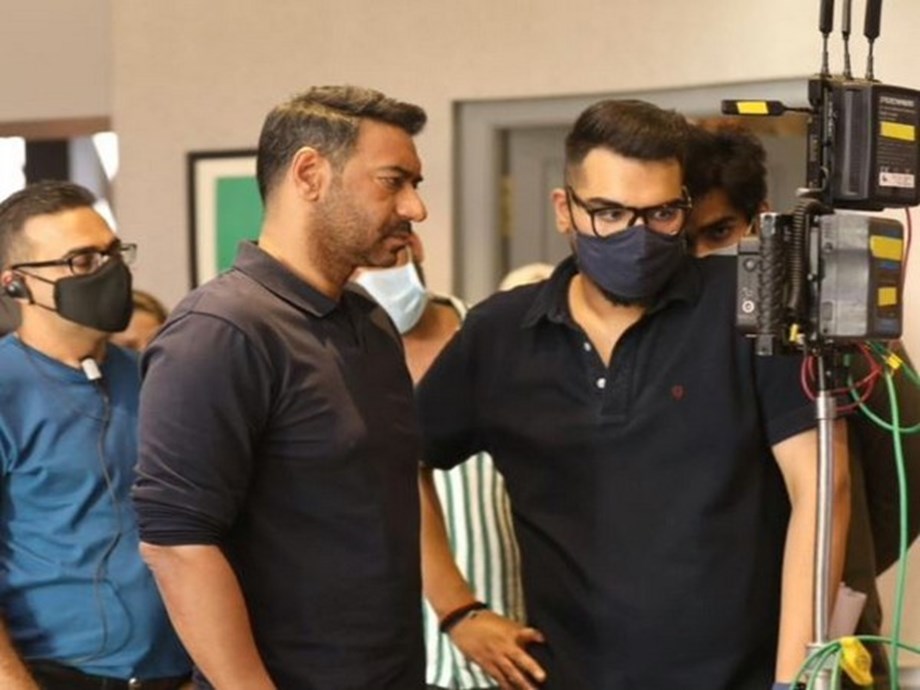 Actor turned director, Bollywood star Ajay Devgn announced on Wednesday that he has almost completed the shoot of the first schedule of his upcoming film ‘MayDay’ in Hyderabad. The ‘Tanhaji’ actor took to his Instagram and shared a BTS picture from the sets of his upcoming film, ‘Mayday’. In the caption, he wrote, “It’s always immensely satisfying to be on set. One long schedule almost wrapped, next one is around the corner @daanishgandhi @adffilms #ShootModeOn #Mayday #filmcrew.”

The post from the star received more than 25,000 likes with an hour of it being posted. Directed and produced by Ajay Devgn, the film stars megastar Amitabh Bachchan, actor Rakul Preet Singh, and Angira Dhar. Devgn had also announced that the edge-of-the-seat human drama ‘Mayday’ will be hitting the big screens on April 29, 2022. (ANI)