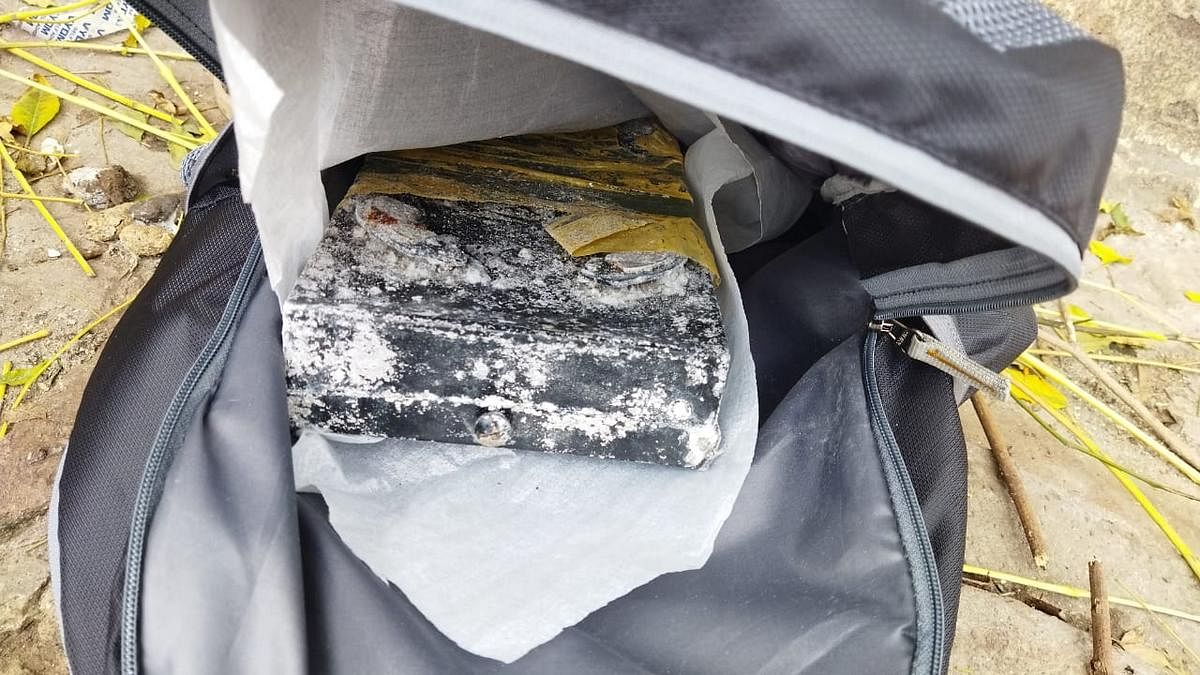 New Delhi: The news today could have been very different if an alert flower seller in Delhi’s busy Ghazipur flower mandi (market) hadn’t noticed a grey-black backpack left on top of a two-wheeler Friday morning.

According to Delhi Police sources, a man had arrived at the flower market on a scooty in the morning. Around 9.30 am, he placed the bag on top of the two-wheeler and abandoned it there. About 45 minutes later, at 10.15 am, a group of vendors and local residents informed the police about the suspicious-looking bag. By 11, the police had alerted the National Security Guard (NSG).

A team of local police and NSG bomb squad officers soon arrived at the spot and in the bag discovered an Improvised Explosive Device (IED), which they managed to destroy using a “controlled explosion technique” by 12.30 pm.

Special Cell personnel and fire tenders also reached the spot and cordoned it off from the public.

With the bomb scare happening near Republic Day on 26 January and with upcoming polls in neighbouring Uttar Pradesh, the police are beefing up security.

“Alerts have been sent to all districts. Police are increasing security and patrolling. All crowded areas’ security arrangements are being beefed up,” a Delhi Police source told ThePrint.

An NSG source told ThePrint that the bag contained a metal box wrapped in white paper. It was an IED, and the triggering timer showed “1 hour and 18 minutes”, the source said.

The team got to work quickly and dug an 8-foot ditch in which to place the bag. “Through controlled explosion technique, the bomb was successfully destroyed around 12.30 pm. After destruction, samples were collected. The Delhi Police will be informed about the details,” the NSG source said. The area has now been cleared of the debris and smoke generated by the procedure.

The IED, which weighed around 1.5kg, contained both RDX and ammonium nitrate, and had the potential to cause a high-intensity blast, the NSG source said. According to him, this IED could have caused “heavy damage to life and property”.

“It was planted in the morning hours, keeping in mind the crowd, for maximum loss of life and property,” a second Delhi Police source said.

The Ghazipur flower market is at its busiest early in the day, when it is thronged by vendors, customers, and local residents.

The police are now trying to zero in on the suspects in the case, but no one has claimed responsibility so far.

According to sources in the Delhi Police, a flower vendor first spotted the bag. “Initial investigation has shown that a man came to the market on a scooty. He then kept the bag on the scooty and left,” a police source said.

“We are screening CCTV footage of the flower market and nearby localities to zero down on all suspects. We are investigating all angles, including if this has any connection to the Uttar Pradesh polls,” a senior Delhi Police officer said.