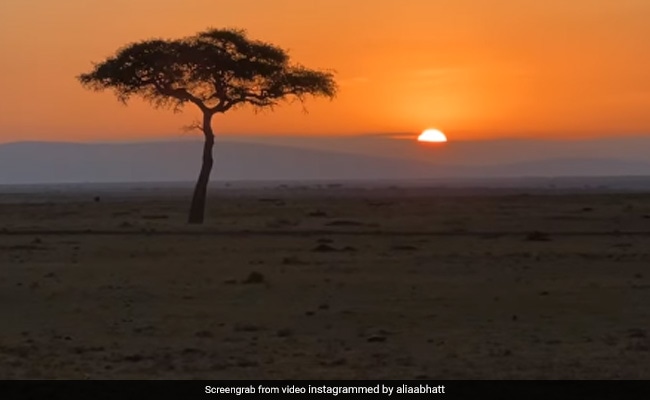 Alia Bhatt loves to share unseen photos and videos from her trips and shoot locations. Recently, she shared a lovely video, in which, she has captured a beautiful sunset. The video is a little shaky and Alia Bhatt also shared it in the caption of the video. Sharing the video, Alia wrote, “rise and shine with my very shaky time-lapse video,” followed by sun and sunset emojis. In just an hour, Alia Bhatt’s latest video has more than 3 lakh likes. Fans have filled the comment section with love and Zoya Akhtar left a red heart emoji in the comment section to appreciate Alia Bhatt’s video.

Alia Bhatt chose Joy of Little Things as the background music for her video.

Alia Bhatt has 58.4 million followers on Instagram and her Instagram feed features her candid photos, photos with family members, mushy photos with boyfriend Ranbir Kapoor, BTS from movie sets, and much more.

Alia will also be a part of Farhan Akhtar’s Jee Le Zaraa with Priyanka Chopra and Katrina Kaif. She also has her home production Darlings.