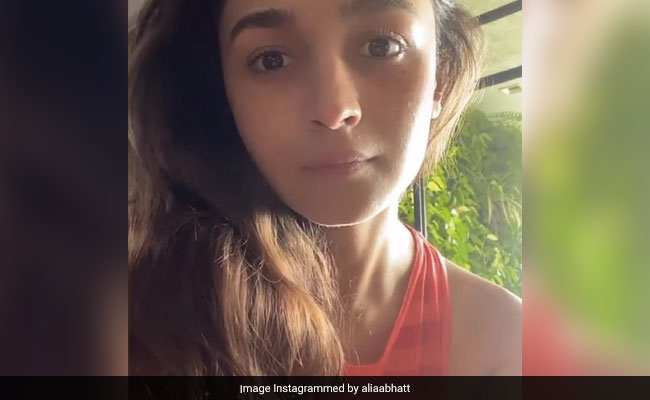 Alia Bhatt, on Tuesday, tried sister Shaheen Bhatt’s “Note To Self” filter on Instagram and shared the result on her Instagram story. The actress, who earlier in the day announced that the shooting schedule of her film RRR has resumed, posted a video of herself trying out the filter, at the end of which she got this inspiring note: “I remind myself even the worst storms pass.” Alia Bhatt captioned the video: “My sister is a filter. Those are words I never thought I’d say.” In the clip, Alia looks gorgeous in an orange top. Here’s a screenshot of the actress’ Instagram story: 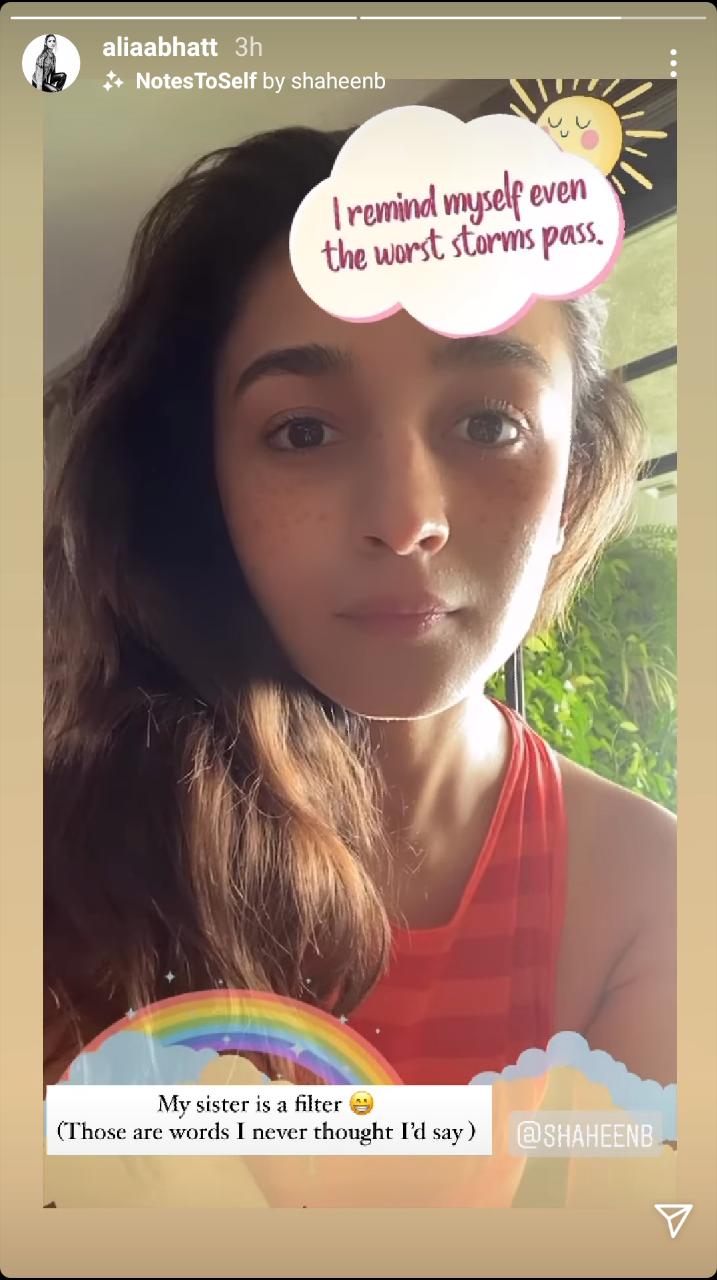 Alia Bhatt, earlier in the day, shared an update about SS Rajamouli’s RRR, in which she will share screen space with Jr NTR, Ram Charan and Ajay Devgn. “Can’t wait to join the team,” she captioned her post.

RRR will also feature international actors such as Ray Stevenson, Olivia Morris and Alison Doody. RRR is set in the 1920s and it is a story based on freedom fighters Alluri Seetharamaraju and Komaram Bheem, who fought against the British Raj and the Nizam of Hyderabad, respectively. The film will release on January 8, 2021.

Alia Bhatt was last seen in Sadak 2. The film, directed by her father Mahesh Bhatt and co-starring Sanjay Dutt and Aditya Roy Kapoor, tanked at the box office. She has several projects lined up as of now, including Brahmastra with boyfriend Ranbir Kapoor, Amitabh Bachchan and Nagarjuna Akkineni and Sanjay Leela Bhansali’s Gangubai Kathiawadi.