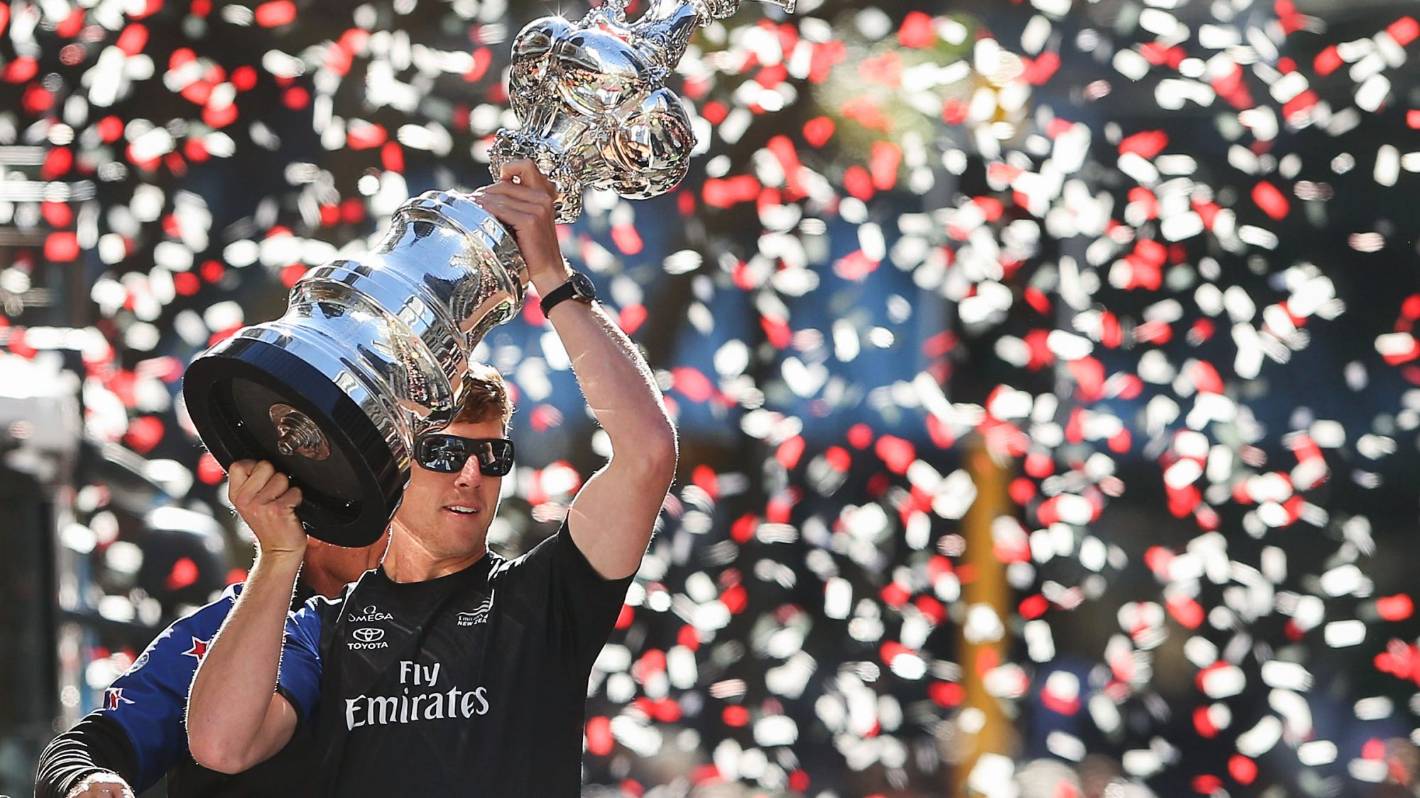 OPINION: There’s no sporting contest more polarising for Kiwis than the America’s Cup.

The nay-sayers declare it a rich man’s sport, where billionaires throw their money at the Auld Mug, the oldest trophy in international sport.

The yachties argue the remarkable technology involved in the Cup game that now has boats breaking speeds of 50 knots, has many benefits with innovations transferring across to the weekend sailors.

American Magic and Luna Rossa duel in practice, with some of their moves looking like ballet on water.

The general sports fans simply enjoy a contest like no other, as the thrills of Formula One come to the water in an event steeped in history.

In a four-yearly cycle, arguments rage for about three years and nine months. Is it really worth it? Why does a yacht race require so much expensive infrastructure around it?

Ultimately the three months of racing can win over even the most staunchest doubters.

Those three months are now about to start with the Prada Cup challenger series launching on Friday and going through to February 22 when a winner will emerge to take on Emirates Team New Zealand in the America’s Cup match in March.

Team New Zealand are not immune to the debate – they have a love them or leave them position in the Kiwi sporting psyche.

Just as their dogged boss Grant Dalton can raise a frown on the face of the unconvinced, the skills of stars like Peter Burling, Blair Tuke and Glenn Ashby can produce utter admiration.

Team New Zealand don’t have billionaires like Larry Ellison or Sir Jim Ratcliffe throwing money at them. They don’t have fashion empires to call on.

They have had to eek out an existence for years, relying on a loyal family of sponsors, a fair few government dollars and even selling red socks, to stay afloat since entering yachting’s toughest game in the late ‘80s.

But they’ve done more than just stay afloat, they have dominated, winning in 1995, 2000 and 2017, and making the Cup Match three other times to be the best-performed syndicate of the modern era.

They’ve been honoured with victory parades, but once the celebrations have died down, they’ve just as quickly been hounded over their operational procedures.

A private sporting syndcicate has brought a nationalistic approach to win international acclaim, to such an extent that Team New Zealand have been labelled the All Blacks of sailing.

And like the All Blacks, they’ve generally let their performance speak for them, rather than defend their methods.

Now they are in the final throws of defending the America’s Cup again.

They like to brand themselves a technology company as much as a sporting team and their brains trust has produced a remarkable leap for this 36th edition of the famous regatta in the form of the foiling monohulls that seem to defy logistics with their high-speed antics.

Look for the next few weeks to increasingly capture the attention of the Kiwi and global sporting attention.

Like it or loathe it, the America’s Cup in these state-of-the-art boats will prove irresistible.

And so will its legacy. Just as the 2000 and 2003 regattas transformed Auckland’s under-utilised Viaduct Basin into a booming zone, the 2021 edition has done the same for the Wynyard Quarter.

The former fishing village and chemical storage area has taken on a new life of cafes, restaurants, apartments and parks.

As always with the America’s Cup, there’s more than meets the eye.