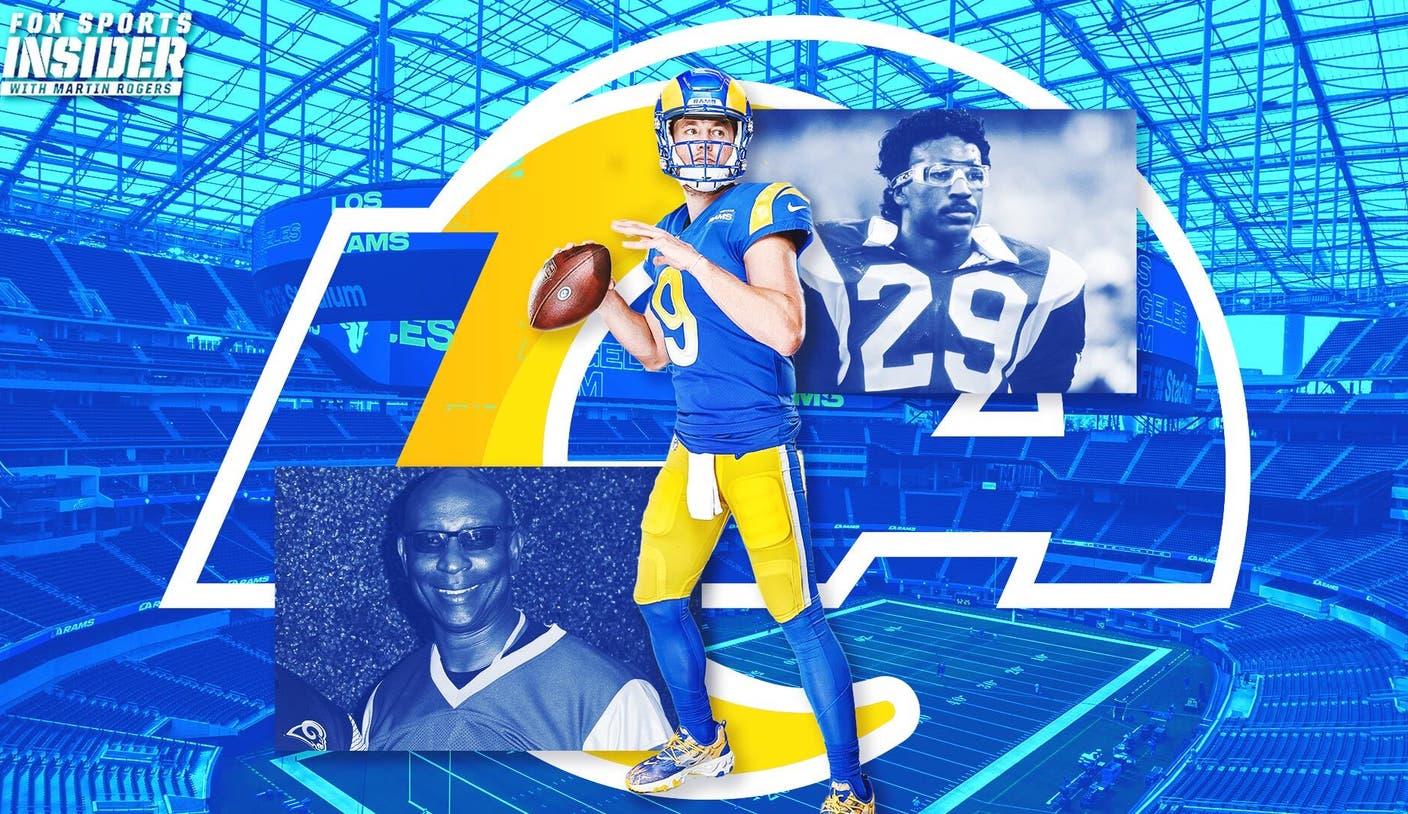 The Los Angeles Rams haven’t had a record this good since the last time they went to the Super Bowl, haven’t looked this good in much longer than that, haven’t had a defender as good as Aaron Donald in perhaps forever, and finally have, in Matthew Stafford, a quarterback who instills some genuine confidence.

Dickerson, the iconic Rams running back who shattered countless records and defensive hearts in the 1980s, isn’t entirely sold on Los Angeles ahead of the team’s wild-card clash with the Arizona Cardinals on Monday (8:15 p.m. ET, ESPN).

Eric Dickerson joins Colin Cowherd to discuss his the amount of pressure Matthew Stafford has against the Arizona Cardinals in the wild-card round.

And while hopes are high in Tinseltown that a long and fruitful playoff run beckons, Dickerson has some worrying factors nagging him about Sean McVay’s stacked squad.

“The team is so talented on both sides of the ball,” Dickerson told me in a telephone conversation this week. “There is so much ability when you look at both sides and every position.

“But I have some concerns. Offensively we don’t have an identity, are we a running team, throwing team, physical team? I don’t think we run the ball enough, we don’t commit to it. When you look at the team you can see how things can go great. But there is also the potential for it all to go wrong, and we’ve seen that.”

Dickerson was displeased with the Week 18 defeat to San Francisco, where the 49ers, in front of an L.A. crowd comprised mostly of visiting supporters, surged late to overturn a 17-point deficit and win in overtime.

According to Dickerson, a mindset of “playing not to lose” was prevalent with the Rams, something he insists the team cannot afford in the postseason. “We were playing scared,” he added, “and it cost us the game.”

The Rams are a tough team to define. Winning the NFC West with a 12-5 mark must, of course, be seen as a positive. At their best, such as during a Week 3 win over the Tampa Bay Buccaneers that signaled their status as a contender, the Rams have looked as good as anyone. Yet there were plenty of blips mixed in, including a three-game skid mid-year.

Marcellus Wiley: Stafford has everything he needs to win

McVay was buoyant despite the loss to the 49ers, and his team will have far more momentum behind them than Arizona, which started 7-0 but lost six of 10 to close things out.

“You can always draw on previous experiences going into the playoffs,” McVay told reporters. “Winning or losing (late in the season) really hasn’t been much of a factor on how teams do … so we’re going to choose to say it doesn’t mean (expletive).”

However, the question remains as to which version of the Rams is going to show up when it matters.

In Week 14, L.A. was far too strong, dominating the Cardinals in a performance that saw Donald terrorize Arizona quarterback Kyler Murray. Earlier in the season it was a different story, with Murray leading the Cardinals to a comfortable 37-20 win in Week 4.

Opinion is divided as to which of the teams, and which individuals within them, are under the most pressure going into Monday. Cardinals head coach Kliff Kingsbury has made a habit of beginning seasons with great success — and finishing them gloomily.

For the Rams, Stafford is tasked with proving he’s one of the elite players in the game. A loss here would bring some recrimination from an expectant fan base, and the 33-year-old would not be immune to it.

“The Rams mortgaged their future for him,” FS1’s Chris Broussard said on “First Things First.” “You didn’t do that to get beat in the first round by a wild-card team. As the stakes have gotten higher Stafford’s performance has gotten worse.”

According to FOX Bet, the Rams are a 4-point favorite and are priced at -200 on the money line.

As for Dickerson, there are mixed feelings. He is looking forward to the postseason and knows the prospect of something special is there for the Rams if things all fall into place.

But after a season where everyone — from NFL opponents to the team’s fans to the squad itself — has been unable to work out just how good the Rams really are, there is something holding him back from daring to dream.

“Obviously things can turn out in a number of different ways,” Dickerson said. “That will decide how we look back on this season. Say they beat the Cardinals and then lose the next one, that’s just an ‘OK’ kind of season. When you have a roster like this you’re going to be looking at going to the Super Bowl.

“That’s the standard you’re aiming for and I hope they can get there. I’m just not quite sure.”

Martin Rogers is a columnist for FOX Sports and the author of the FOX Sports Insider Newsletter. You can subscribe to the newsletter here.