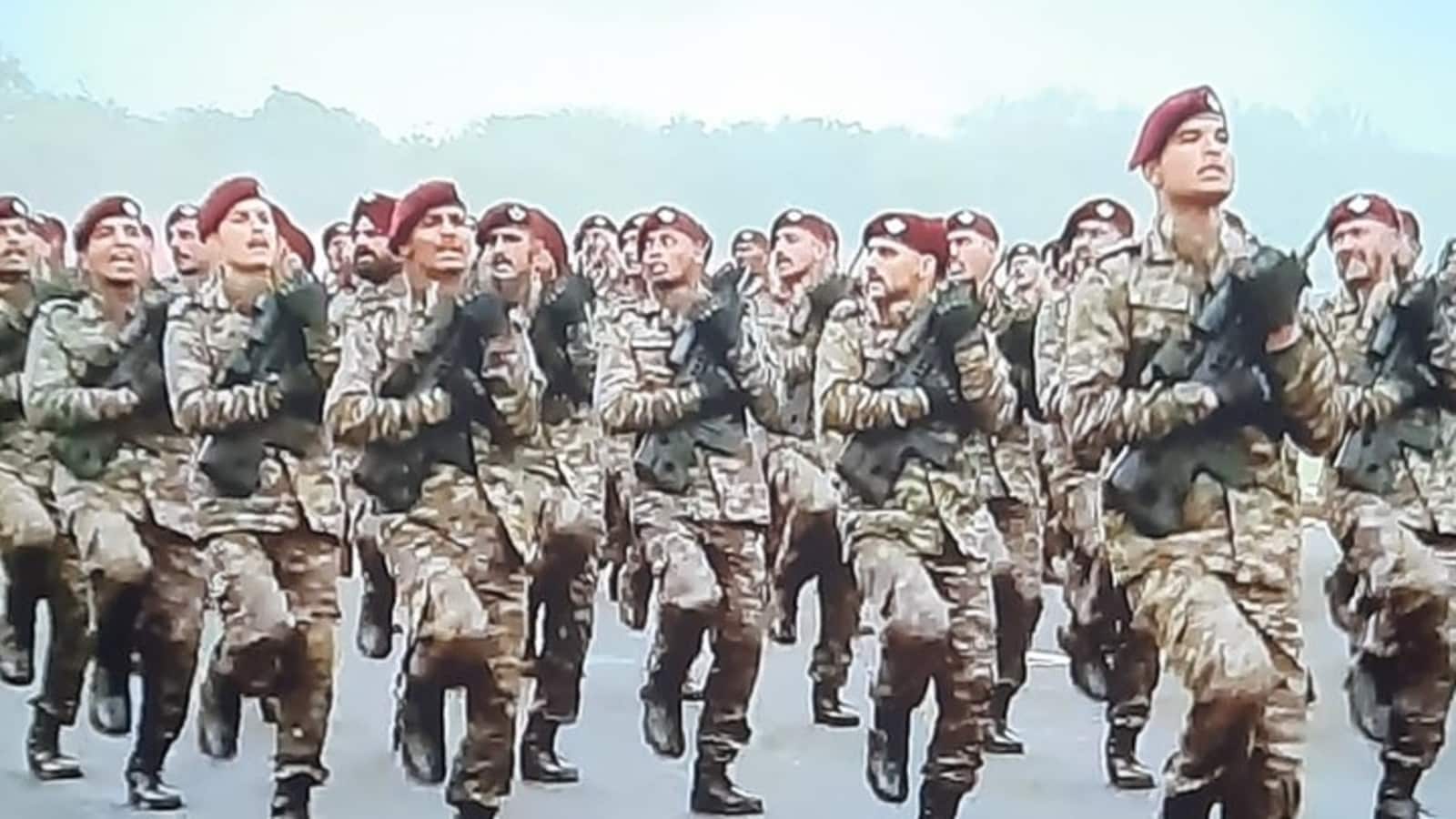 Army Day 2022: Commandos of the Parachute regiment were dressed in the new battle fatigues as they marched at the parade ground in Delhi Cantt.

On its 74th foundation day, the Indian Army on Saturday unveiled for the first time in public its new combat uniform, as commandos of the Parachute regiment, clothed in the new uniform, marched at the parade ground in Delhi Cantt on Army Day.

News agency ANI shared a clip of the commandos marching in the army’s new combat fatigues.

#WATCH | Delhi: Indian Army’s Parachute Regiment commandos marching during the Army Day Parade in the new digital combat uniform of the Indian Army. This is the first time that the uniform has been unveiled in public. pic.twitter.com/j9D18kNP8B

It was reported in December last year that the army will showcase its new battle fatigues at the 2022 Army Day parade. The new uniform, which replaces the force’s decades-old combat fatigues, features a digital camouflage pattern, similar to the one used by the British Army. It is likely to be introduced in the Indian Army by August this year.

The new uniform has been created in association with the National Institute of Fashion Technology (NIFT) and, according to officials, will provide soldiers with more comfort, as well as uniformity in design. It has been designed keeping in mind the army’s working requirements and the need for uniformity in soldiers’ battle fatigues.

Within the force, battle fatigues are worn by troops in operational areas, while officers, posted at the Army headquarters in New Delhi, put on these clothes every Friday to show solidarity with soldiers posted in forward areas. Also, the new uniform, unlike the existing one, will not need the shirt to be tucked inside the trouser.