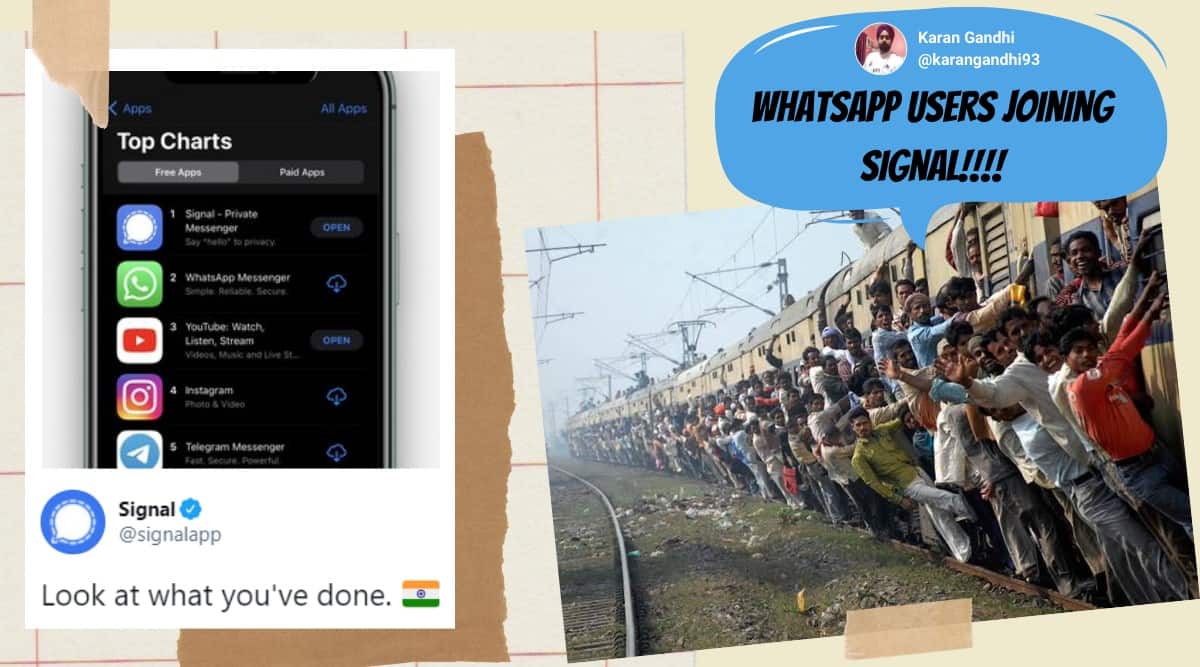 As WhatsApp continues to draw flak over their new privacy policy, the Facebook company’s loss has turned out to be a gain for alternative apps like Telegram and Signal. Now, as more and more people are leaving the messaging platform, Signal is dominating social media conversations with memes and jokes breaking the internet.

Many users are now switching to the privacy-focused messaging app, Signal, over WhatsApp’s privacy concern, and as a result it became the top free app on App Store in India, and more countries. It all started after Tesla and SpaceX CEO publicly endorsed the app urging all to use it.

Now, people are sharing jokes and memes as they migrate to Signal from WhatsApp, poking fun at the latter.

She gave me her whatsapp number without asking , is it any kind of signal ?

Due To New Update of WhatsApp. !

People migrating from @WhatsApp to @signalapp like #SignalApp #Signal pic.twitter.com/Ts01FSuWG8

Me and my friend’s after installing signal app be like #SignalApp #WhatsappNewPolicyworst pic.twitter.com/9MwVeQTzQi

Me to whatsapp after switching to @signalapp : #Signal #WhatsApp #WhatsappPrivacy pic.twitter.com/vRH94uIgMV