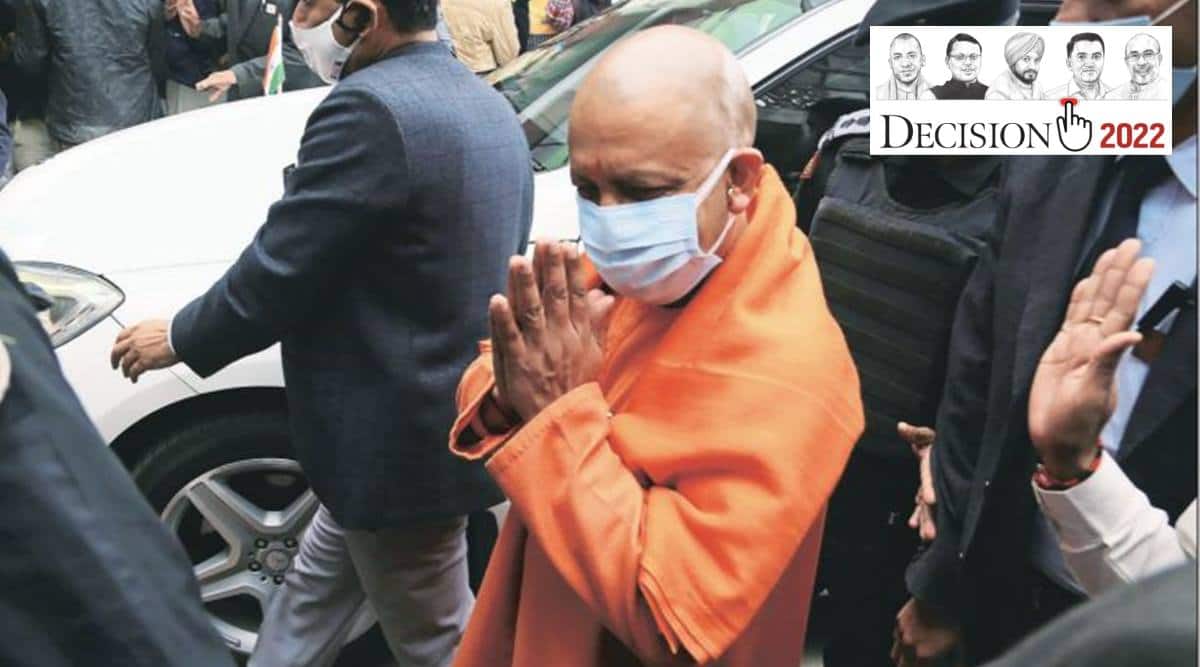 THE MANY additions and subtractions aren’t the only math sums occupying parties in Uttar Pradesh. The caste calculations of the state have introduced another dynamic: percentages.

Speaking at a recent event, the Chief Minister said the state will witness an “80% versus 20%” election, and that the BJP will retain power. Yogi did not specify, but the Opposition said it was obvious. As per the 2011 Census, Muslims formed 19.01% of UP’s population.

Asked to clarify the remarks at an Aaj Tak event, Adityanath said 20% are those who “oppose Ram Janmabhoomi” and “sympathise with mafias and terrorists”. The CM also said that “80 vs 20” is a reality. “This is definitely an 80 vs 20 election.”

The Samajwadi Party (SP)’s campaign might have been boosted by the induction of a slew of MLAs from the ruling Bharatiya Janata Party (BJP), including ministers, and other parties into its fold in the run-up the Uttar Pradesh Assembly elections, but SP president Akhilesh Yadav will now have to deal with the formidable task of ticket-distribution in their constituencies which already have many existing aspirants from his own party.

The Nakur Assembly constituency in Saharanpur district is a case in point. Dharam Singh Saini, who quit his ministerial position in the Yogi Adityanath government to join the SP, is a second-term MLA from Nakur and is a leading claimant for this seat in the upcoming polls.