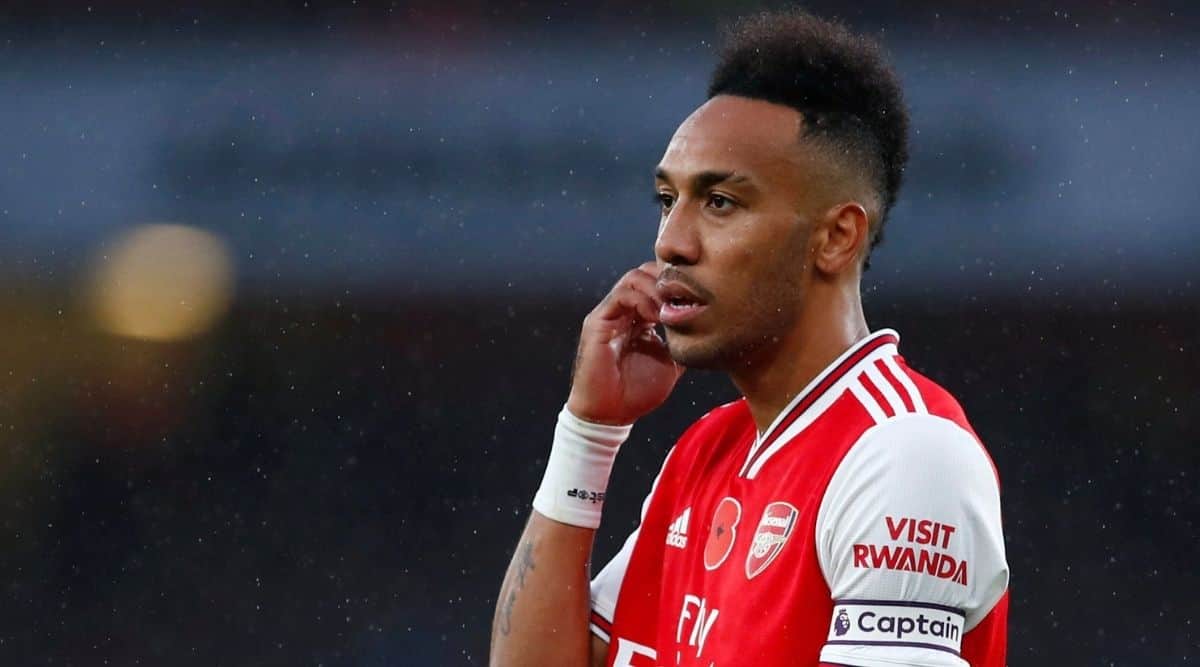 Aubameyang signed a new three-year contract with Arsenal last year but has struggled this season.

Aubameyang was left out for the game against Southampton on Saturday because of what manager Mikel Arteta described as a “disciplinary breach.” (Twitter/Chris Wheatley)

Arsenal striker Pierre-Emerick Aubameyang has been released early from the club to join Gabon for the Africa Cup of Nations because he is not going to feature in Saturday’s Premier League match at home to Manchester City, manager Mikel Arteta said.

Aubameyang, 32, has fallen out of favour with Arteta at Arsenal and was stripped of the captaincy this month following a “disciplinary breach”. He last played in a 2-1 league defeat at Everton on December 6, missing five games in all competitions.

Aubameyang signed a new three-year contract with Arsenal last year but has struggled this season, scoring only four Premier League goals — the last of which was in October.

Players heading to next month’s Africa Cup of Nations finals are allowed to play for their clubs until Jan. 3, but Arteta said that Gabon asked if Aubameyang could join early.

“We had a letter from the (Gabon) national team asking permission to get the player and the player was not going to get involved… so for his fitness and to keep competing, it was the right thing to do,” Arteta told reporters on Friday.

“At the moment he has gone (for AFCON). He needs to focus on the national team. We had the conversation that it was the best possible way to do it. We will address it game-by-game.”

Arteta himself said that he is recovering well after testing positive for Covid-19 this week. He added that assistant coach Albert Stuivenberg will take charge for Saturday’s game, though the Spaniard will be in touch with the coaching staff.

“Albert will be in charge with the rest of the team and depending on who of the coaches are available, everybody will be there trying to help as much as possible,” Arteta said.

“We will be in touch as well … I’m going to be here to support and help in certain moments but they have to get the momentum of the game and communication themselves.”

Arsenal are fourth on 35 points after 19 matches, 15 points behind leaders City who have played a game more.