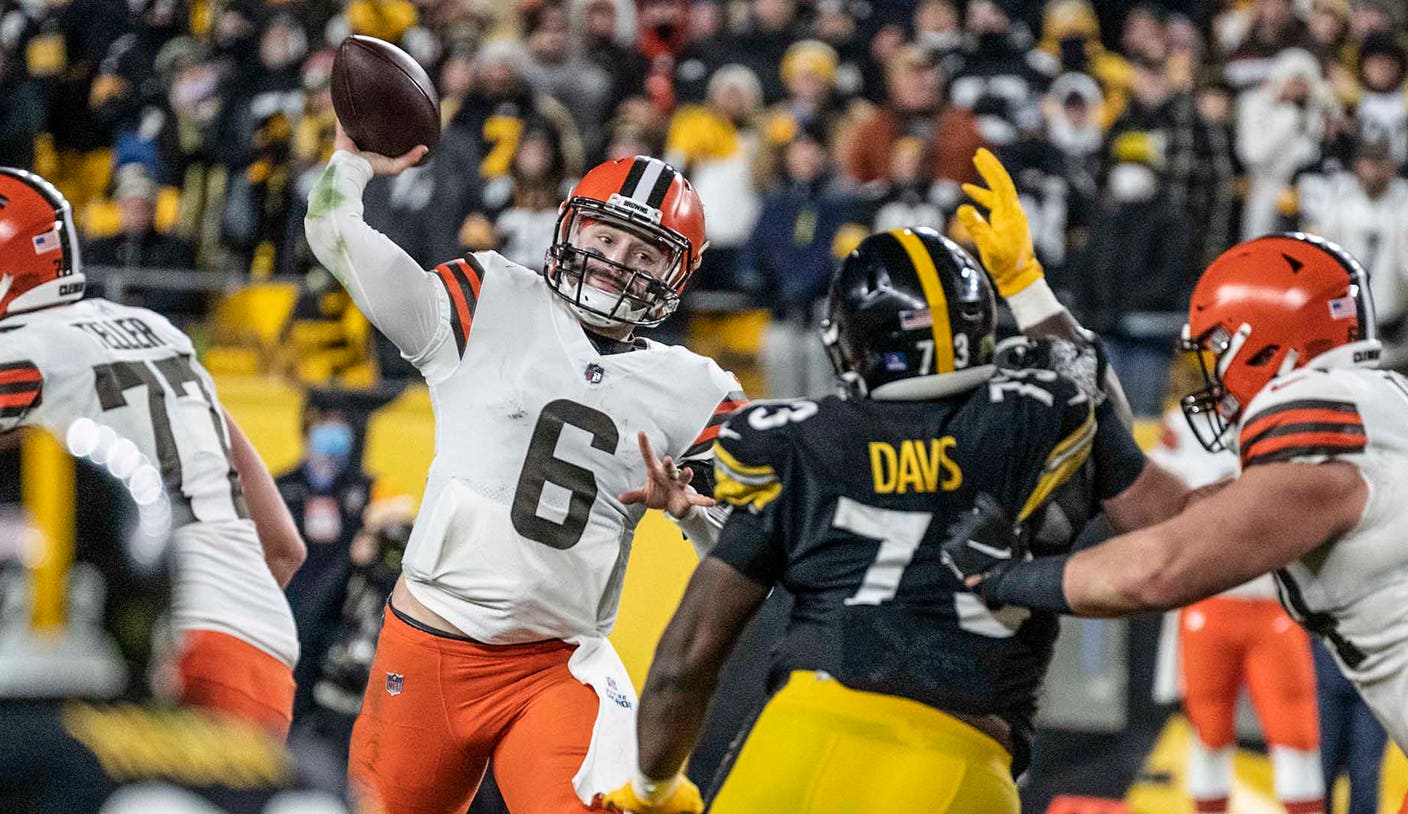 With NFL training camps about a month away, Baker Mayfield is still looking for a new home.

The quarterback finds himself in a difficult spot in Cleveland, stuck behind Deshaun Watson, yet with no interest in being a backup. But will he ultimately have to be content with the Browns? Maybe not.

According to CBS Sports NFL Insider Josina Anderson, the Seattle Seahawks have interest in acquiring the quarterback and are even open to extending him.

But is Seattle a good fit for Mayfield? Colin Cowherd doesn’t think so.

“If I was Baker Mayfield,” he said on The Herd Thursday. “I would tell my agent, ‘get me to Carolina. I got no interest in Seattle.’”

Cowherd doesn’t think that Seattle has the type of offense or coaching that would fit Mayfield’s style of play.

“Seattle is not a good fit for him,” Cowherd continued. “They have a 70-year-old defensive head coach, they’re in an absolutely brutal division, Seattle’s got the weakest roster in it and also, the Seahawks just drafted two new offensive tackles so they’re gonna have brand new kids at tackle. I think one of them is gonna be great, [but] they’re not gonna be great Year 1.”

Carolina, however, might be a different story. The Panthers could use a quarterback like Mayfield in a division that is losing Tom Brady after this season.

Seahawks still have ‘high level’ of interest in Baker Mayfield

Training camp is inching closer and Baker Mayfield’s future with the Cleveland Browns remains uncertain. Colin Cowherd makes the case for Mayfield to end up in Carolina, not Seattle.

“Brady is leaving after this year,” Cowherd reiterated. “That division doesn’t have a quarterback. I’m (Mayfield) going up against Jameis Winston, Marcus Mariota, Kyle Trask, that is, to me, warm weather, which I played in high school and college, I go to the NFC South, Brady leaves, I would be the most talented quarterback in that division.”

The pro-con list favors the Panthers. They have an offensive-minded coach and a less brutal division, and Mayfield wouldn’t have to take over for a potential future Hall of Fame quarterback.

If Mayfield is looking to go somewhere long-term, Cowherd believes he should be looking East, not West.