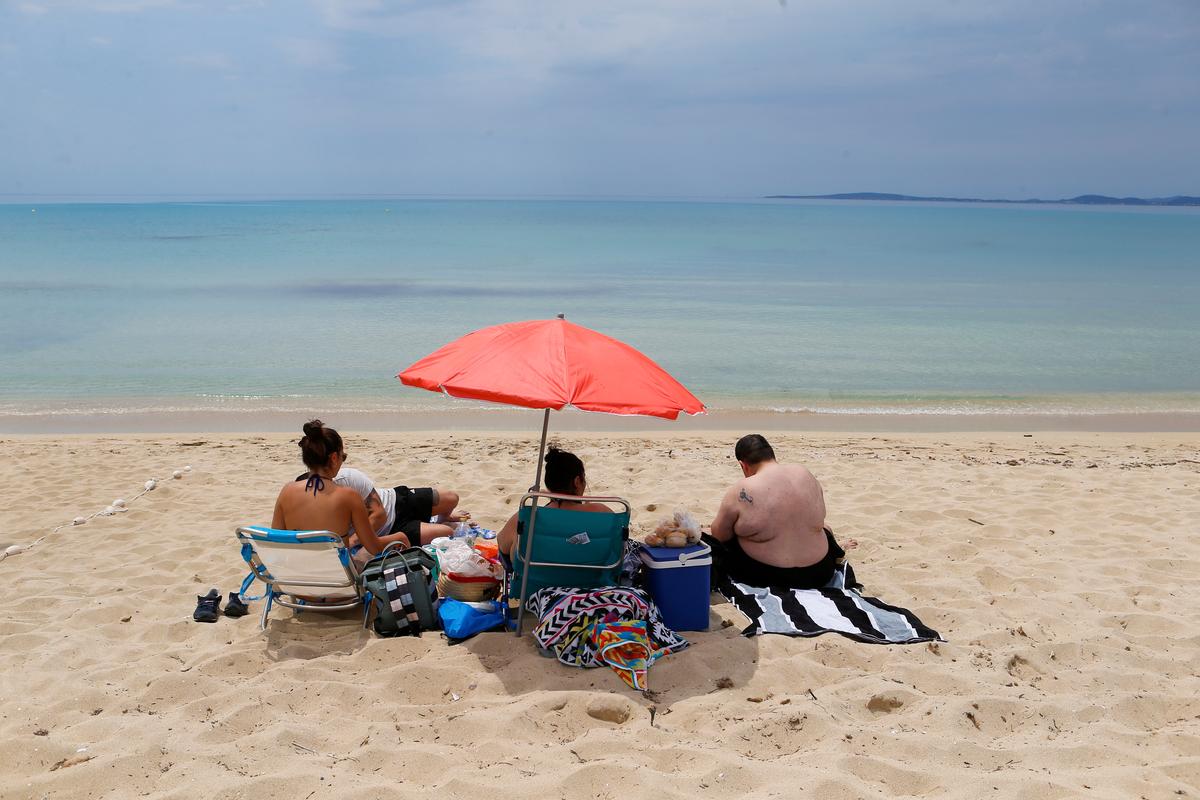 FILE PHOTO: People sunbathe in El Arenal beach as some Spanish provinces are allowed to ease lockdown restrictions during phase two, amid the coronavirus disease (COVID-19) outbreak, in Mallorca, Spain, May 25, 2020. REUTERS/Enrique Calvo

MADRID (Reuters) – The Spanish Balearic Islands plan to fly in thousands of German tourists from June 15, two weeks before the country as a whole starts reopening borders that have been closed since mid-March to curb the coronavirus pandemic, officials said on Tuesday.

The government has been pressured by the tourism industry to lift a ban on foreign visitors after a strict coronavirus lockdown brought an industry that employs more than one in eight Spanish workers to a standstill.

It has now approved the islands’ plan to allow tour operators TUI, Schauinsland and Der Touristik, to fly in 6,000 German tourists starting on Monday, the tourism ministry and a spokeswoman for the Balearics tourism industry FEHM said.

“What we are planning in the Balearics is to let a few thousands in. This is limited and to test the system,” an official at the Spanish foreign ministry said.

The head of the Balearic region will give details of the plan at a news conference later on Tuesday.

A spokeswoman for the regional government confirmed the plan aimed to let German tourists travel directly to the islands and exempt them from the two-week quarantine imposed in Spain on all overseas travellers until the end of the month.

Beyond the pilot project in the Balearics, borders are set to reopen from July 1, to and from regions which are considered to have the pandemic under control.