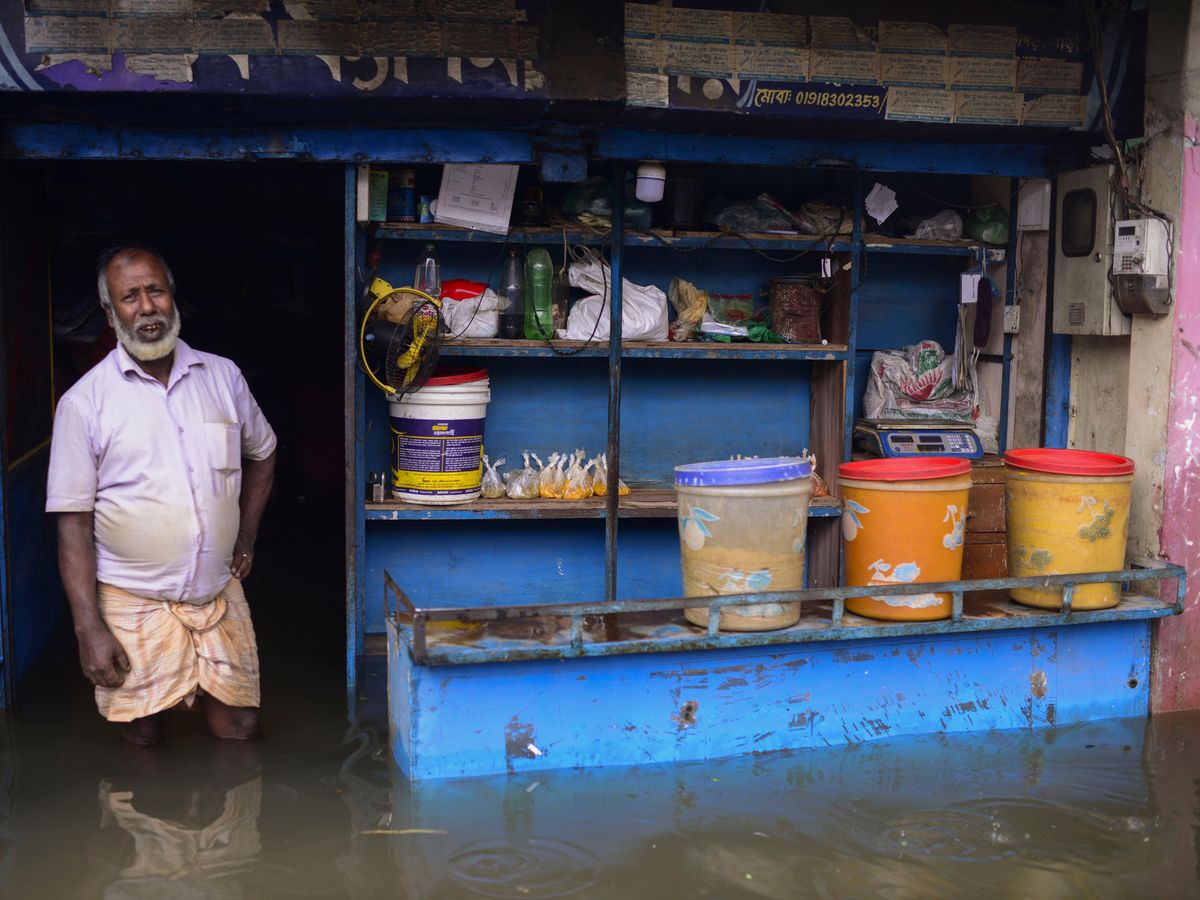 Floods in Bangladesh have continued to wreak havoc with authorities struggling to ferry drinking water and dry food to shelters across the country’s northern and north-eastern regions, officials said.

More than a dozen people have died across the country since the monsoon began last week. The government called in soldiers on Friday to help evacuate people.

Enamur Rahman, junior minister for disaster and relief, said that up to 100,000 people have been evacuated in the worst-hit Sunamganj and Sylhet districts, the United News of Bangladesh agency said.

The latest statement from the country’s Flood Forecasting and Warning Centre in the nation’s capital, Dhaka, said that flooding in the northeastern districts of Sunamganj and Sylhet could worsen further in the next 24 hours.

It said the Teesta, a major river in northern Bangladesh, may flow above danger.

The situation could also deteriorate in the country’s northern districts of Lalmonirhat, Kurigram, Nilphamari, Rangpur, Gaibandha, Bogra, Jamalpur and Sirajganj.

Officials said water has started receding from the north-eastern region but it is posing a threat to the country’s central region, the pathway for flood waters to reach the Bay of Bengal in the south.

Media reports said those affected by flooding in remote areas are struggling to access drinking water and food.

Arinjoy Dhar, a senior director of the non-profit developmental organization BRAC, asked for help in providing food for those affected, in a video posted online.

Mr Dhar said they opened a centre on Monday to prepare food items as part of a plan to feed 5,000 families in Sunamganj district but the arrangement was not enough.

BRAC said they alone were trying to reach out to about 52,000 families with emergency supplies.

The latest floods have devastated Bangladesh since Friday amid heavy monsoon rains, just as the country began recovering from a flash flood.

Bangladesh, a nation of 160 million people, is low-lying and faces threats from natural disasters such as floods and cyclones, made worse by climate change.

According to the United Nations’ Intergovernmental Panel on Climate Change, about 17% of people in Bangladesh would need to be relocated over the next decade or so if global warming persists at the present rate.