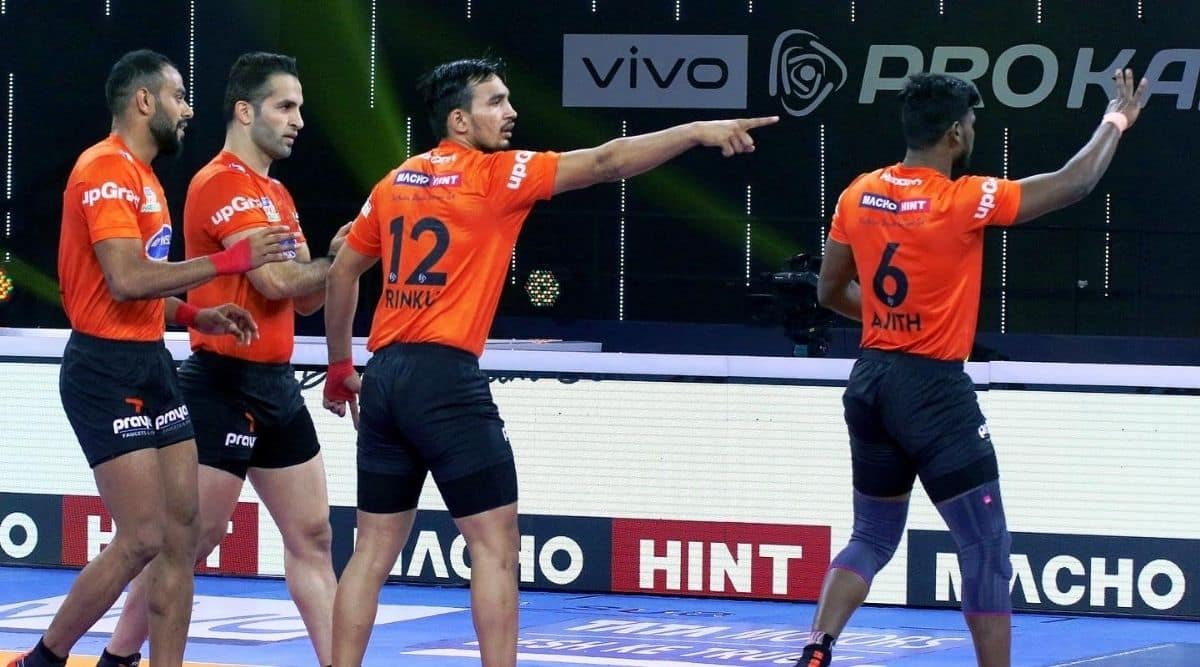 Former champions U Mumba will battle for a place in the Pro Kabaddi League Playoffs against U.P. Yoddha here on Thursday. U.P. Yoddha, who will be playing their final match of the season, have fate in their own hands.

A victory should be enough to seal their progress to the knockout stages while nothing short of a victory will keep Mumbai’s Playoff chances alive.

Their lead raider Abhishek Singh struggled, especially in Super Tackle situations, in their outing against Jaipur Pink Panthers and it might be time for the team to give Ajith Kumar a bigger role. On the other hand, Pardeep Narwal has been in red-hot form for Yoddha.

He will be their primary raider with Surender Gill and Shrikant Jadhav supporting. The second match of the night will see another Playoff battle between Bengaluru Bulls and Haryana Steelers. Haryana can also almost guarantee a Playoff spot with a win but Bengaluru’s destiny will be decided by the teams around them.

With 63 points from 20 matches, Haryana Steelers have a realistic chance of a second place if Delhi (2nd on the table) drop points. They are currently third on the table and a Top 2 finish can save them from the eliminator matches.