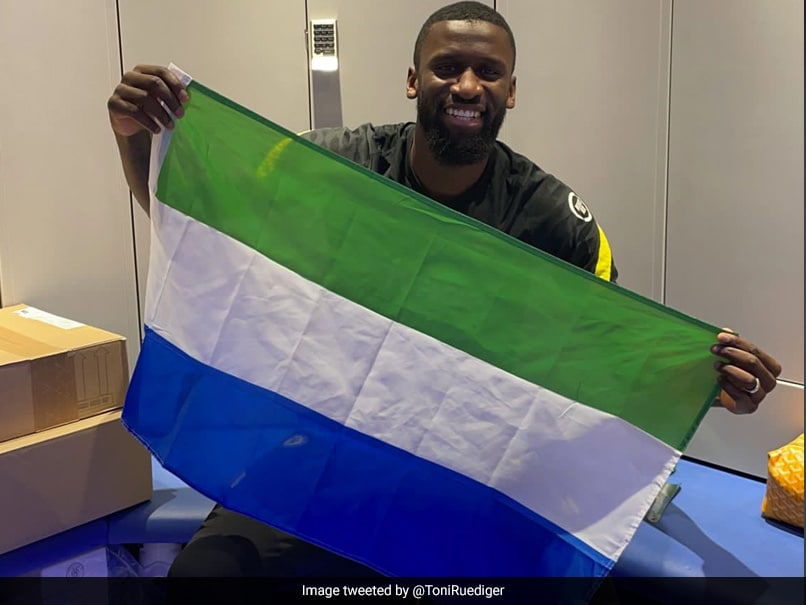 Chelsea defender Antonio Rudiger launched on Thursday an educational foundation to support sports literacy in Sierra Leone, the west African nation where his mother was born. Rudiger, 28, arrived on Monday during the Premier League’s international break. “It’s a huge pleasure for me and my family to be here, I don’t see myself as a superstar because my parents always tell me to be humble — that’s why I’m here today,” Rudiger said. “To me this foundation means a lot, because I don’t want it to be a one-man show, I want it to be something we all — most importantly the young generation and the community — can look up to,” he added.

Berlin-born Rudiger, who has 49 caps for Germany, shared a clip on his Twitter account earlier in the week with the caption: “I’m speechless — these people are crazy.

“Thank you from the bottom of my heart for this overwhelming welcome, Sierra Leone. God bless you all.”

I’m speechless – these people are crazy Thank you from the bottom of my heart for this overwhelming welcome, Sierra Leone 🇸🇱 God bless you all #Hustle #AlwaysBelieve pic.twitter.com/SykiLL5GlI

Since his arrival he has watched the Sierra Leone Amputee Football Club play, prompting the star to say “life is not about hope it’s about the faith in realising your dreams on your own”.

He has often spoken out against racism in the sport, most notably after a match against Tottenham in February 2020.

In 2021, he wrote a piece for The Players’ Tribune, entitled “This Article Will Not Solve Racism in Football”.

During the announcement Thursday he was flanked by his mother and brothers as they sang a Christian song, “My God I’m very grateful for what you have done for me”, to applause.