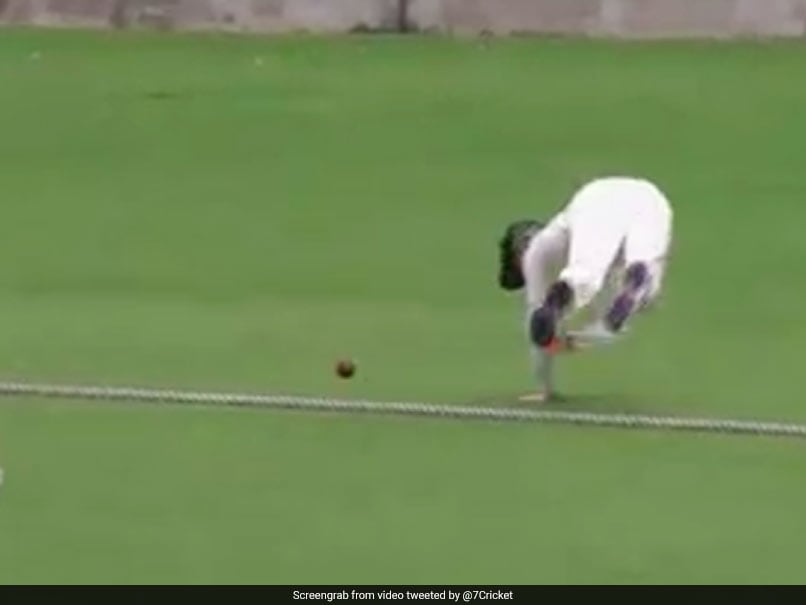 Australia women’s cricket team batter Beth Mooney hogged the limelight after showcasing grit and determination in the ongoing one-off women’s Ashes Test against England women’s in Canberra. Despite breaking her jaw during throw downs ahead of the one-off Test, Mooney decided to take the field, and also came out to bat. While she was dismissed for 3 in the first innings, Mooney was seen giving his absolute best on the field. In an attempt to save the boundary, Mooney threw herself near the boundary line, despite playing with a broken jaw.

A video of Mooney throwing “herself around” in the outfield was shared by 7Cricket.

Playing with a broken jaw and Beth Mooney is still throwing herself around in the field #Ashes pic.twitter.com/hBjxOnVgtw

Australia are in a strong position in the ongoing one-off Test despite England skipper Heather Knight’s unbeaten ton.

After being put on to bat, the hosts recovered from the early wickets of wicketkeeper-batter Alyssa Healy and Mooney to post a total of 337 for nine declared.

Skipper Meg Lanning starred with a brilliant 93 while opener Rachel Haynes also anchored the Australian innings with a knock of 86.

At Stumps, England were 235 for eight, trailing Australia by 102 runs.

England will resume play on Day 3 with Knight and Sophie Ecclestone batting on 127 and 27, respectively.