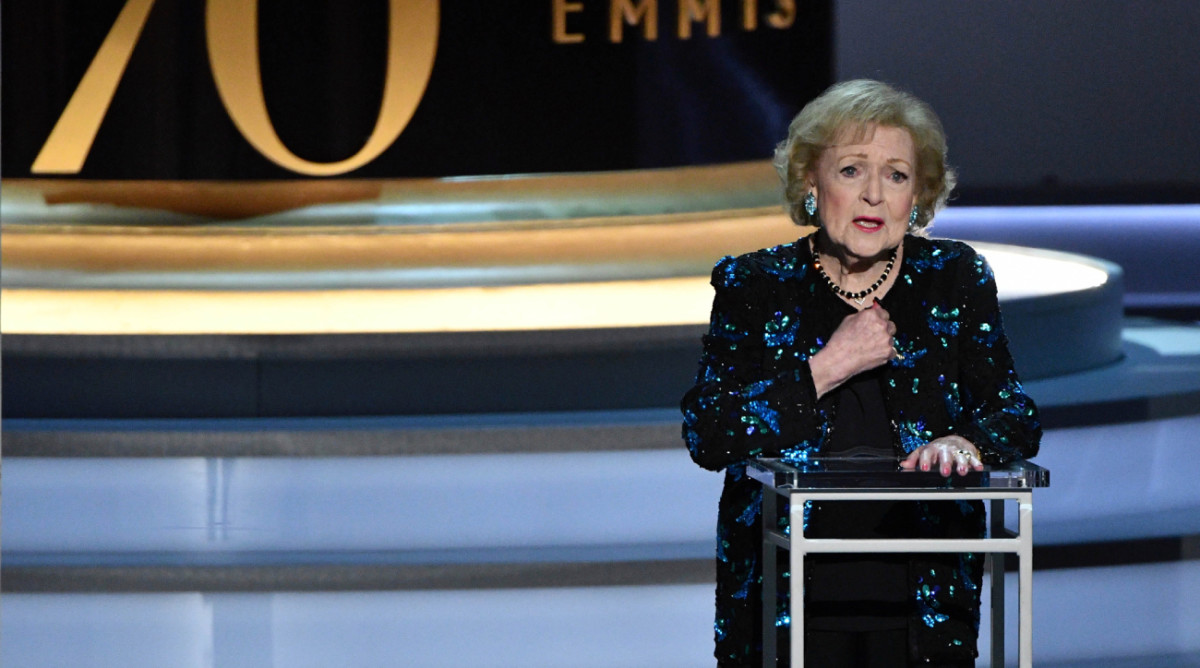 Betty White, a beloved actress whose career spanned nine decades, died on Friday. She was 99 years old, just weeks away from turning 100 on Jan. 17.

“Even though Betty was about to be 100, I thought she would live forever,” agent Jeff Witjas told People in a statement. “I will miss her terribly and so will the animal world that she loved so much. I don’t think Betty ever feared passing because she always wanted to be with her most beloved husband Allen Ludden. She believed she would be with him again.”

White was a beloved figure from 1930 right through the end of her life. Naturally, her career intersected with the sports world on a number of notable occasions. In 2010, she starred in one of the year’s most popular Super Bowl XLIV commercials for Snickers.

The commercial helped aid an incredible career resurgence for White at 87 years old. Decades after her turns in The Mary Tyler Moore Show and The Golden Girls, she’d go on to host Saturday Night Live and star in 128 episodes of Hot in Cleveland.

She returned to the sports spotlight six years later, ahead of Super Bowl 50 between the Broncos and Panthers, joking that she taught that year’s NFL MVP Cam Newton how to do his signature dab celebration.

She was particularly active in the football world that year. Weeks earlier, she appeared on a FOX Sports skit with Rob Riggle and Joel McHale, cracking jokes about Roger Goodell, Dez Bryant and Johnny Manziel.

Her great sports-adjacent moments weren’t limited to football. In 2011, she appeared with Shaq in PSAs for ChildHelp.org. In one, the NBA legend proposed to his Hollywood co-star.

In 2014, she made an appearance on WWE Raw, to the delight of the Los Angeles crowd.

In anticipation of her 100th birthday, White appears on the cover of the new edition of People, and discussed her incredible life and career. Last year, she spoke about how she lived with such verve well into her 90s.

“A sense of humor,” she said. “Don’t take yourself too seriously. You can lie to others—not that I would—but you cannot lie to yourself.”