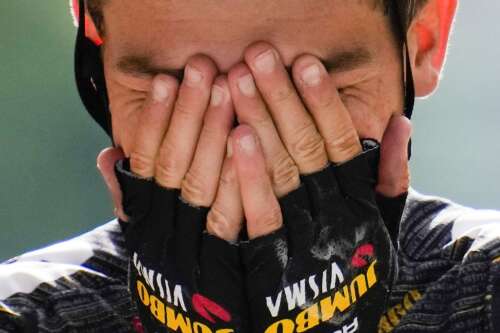 Sepp Kuss of Durango celebrates as he crosses the finish line to win the 15th stage of the Tour de France, over 118.9 miles (191.3 kilometers) on July 11. (Christophe Ena/The Associated Press) 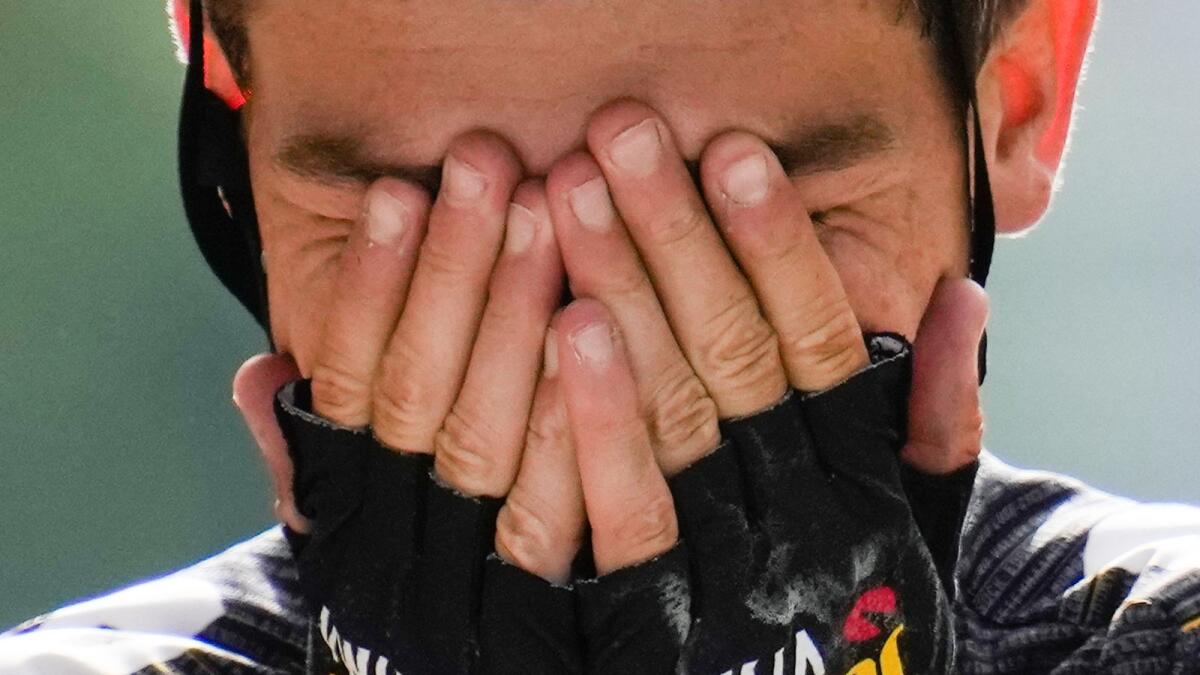 Durangoans shined on some of the biggest stages in the world in 2021. Local athletes accomplished feats that produced national pride, capturing titles that had eluded the U.S. for 10 years or longer.

Sepp Kuss became the first American to win a stage on the Tour de France since 2011.

Later in 2021, Blevins became the first American to win a world cup race since 1994.

Although the international wins got the most attention in 2021, other local athletes experienced success in national and Colorado races.

Following are summaries of Durango’s year in sports for 2021. 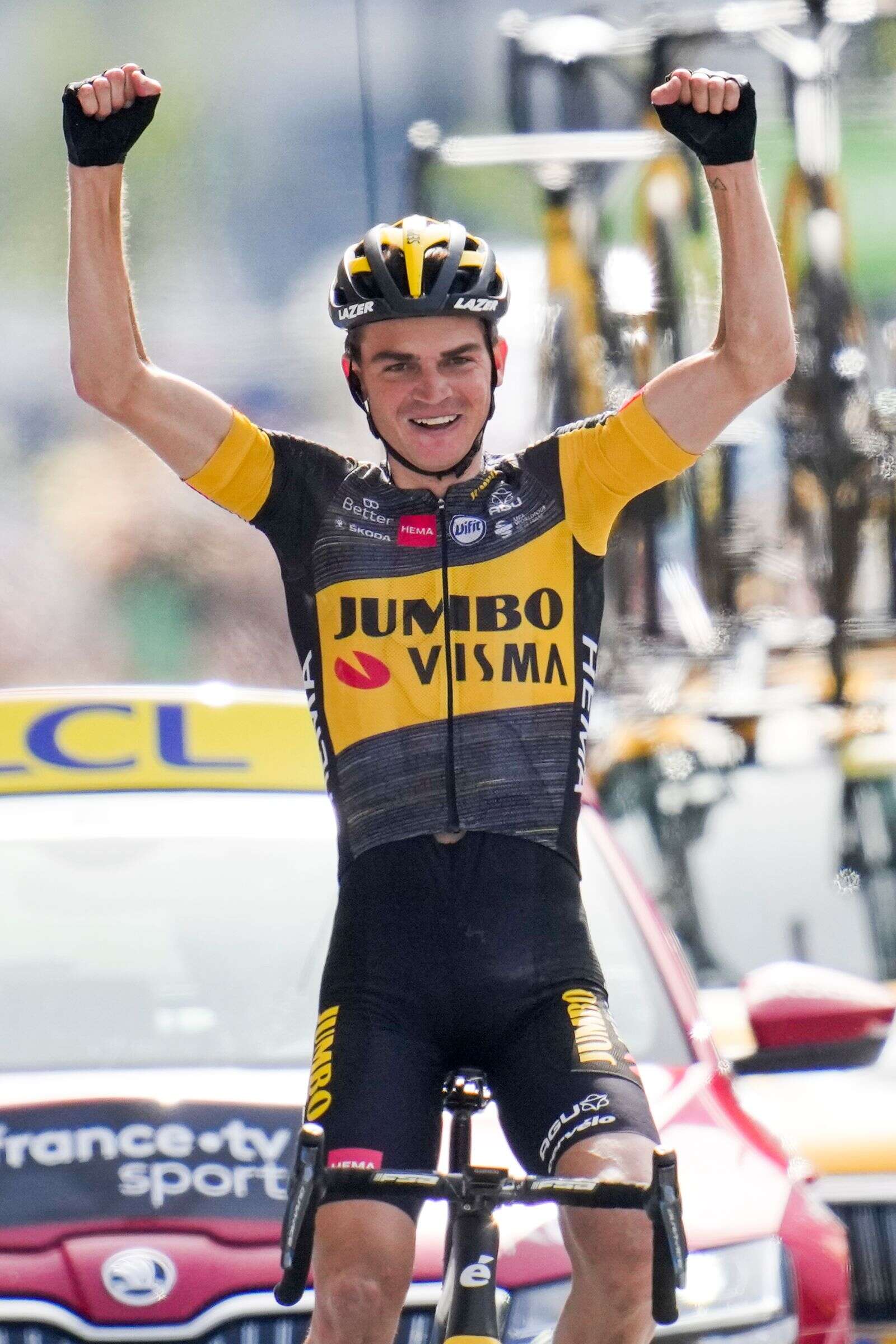 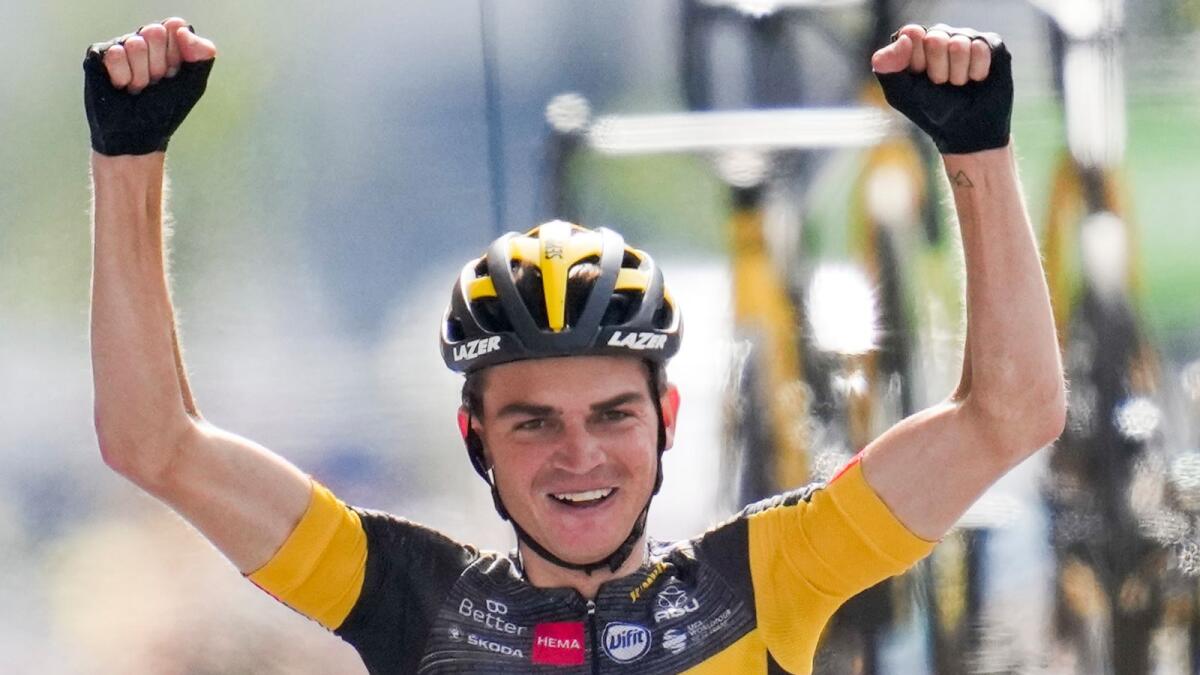 Hailed as “The Durango Kid,” Sepp Kuss accomplished one of the greatest feats by an athlete in the storied history of the Colorado mountain town this summer.

Kuss, 27, can now call himself a stage winner of the Tour de France. He became only the 11th rider from the U.S. to win a stage of the event in its 108-year history, and he is the first American since Tyler Farrar in 2011 to celebrate victory at the world’s most famous cycling race.

“I am in total disbelief,” Kuss told The Durango Herald at the time. “I never would have imagined winning a stage in the Tour, especially this year because I never felt super-good in the stages leading up to this. To do it shows that you always need to believe in yourself and keep trying. If you work hard and enjoy what you’re doing, something good always comes from it. That’s what I was thinking about after the race, was the hard work and my love for doing it.”

Following a route that traveled directly past his new residence in Andorra, Kuss mounted a solo attack 3 miles before the summit on the last of four categorized climbs on Stage 15. Chased only by Spain’s Alejandro Valverde, a four-time Tour de France stage winner, Kuss built a 25-second advantage going over the top of Col de Beixalis with a steep gradient of 8.5%.

Later in the summer, Kuss scored his first top-10 overall finish in a grand tour while helping Jumbo-Visma teammate Primoz Roglic win the tour for the third consecutive year.

Kuss finished eighth overall on the 21-stage Vuelta, leading all Americans and finishing only 18:55 behind Roglic’s first-place 83:55:29.

After his successful season, Velonews named Kuss the North American man of the year. 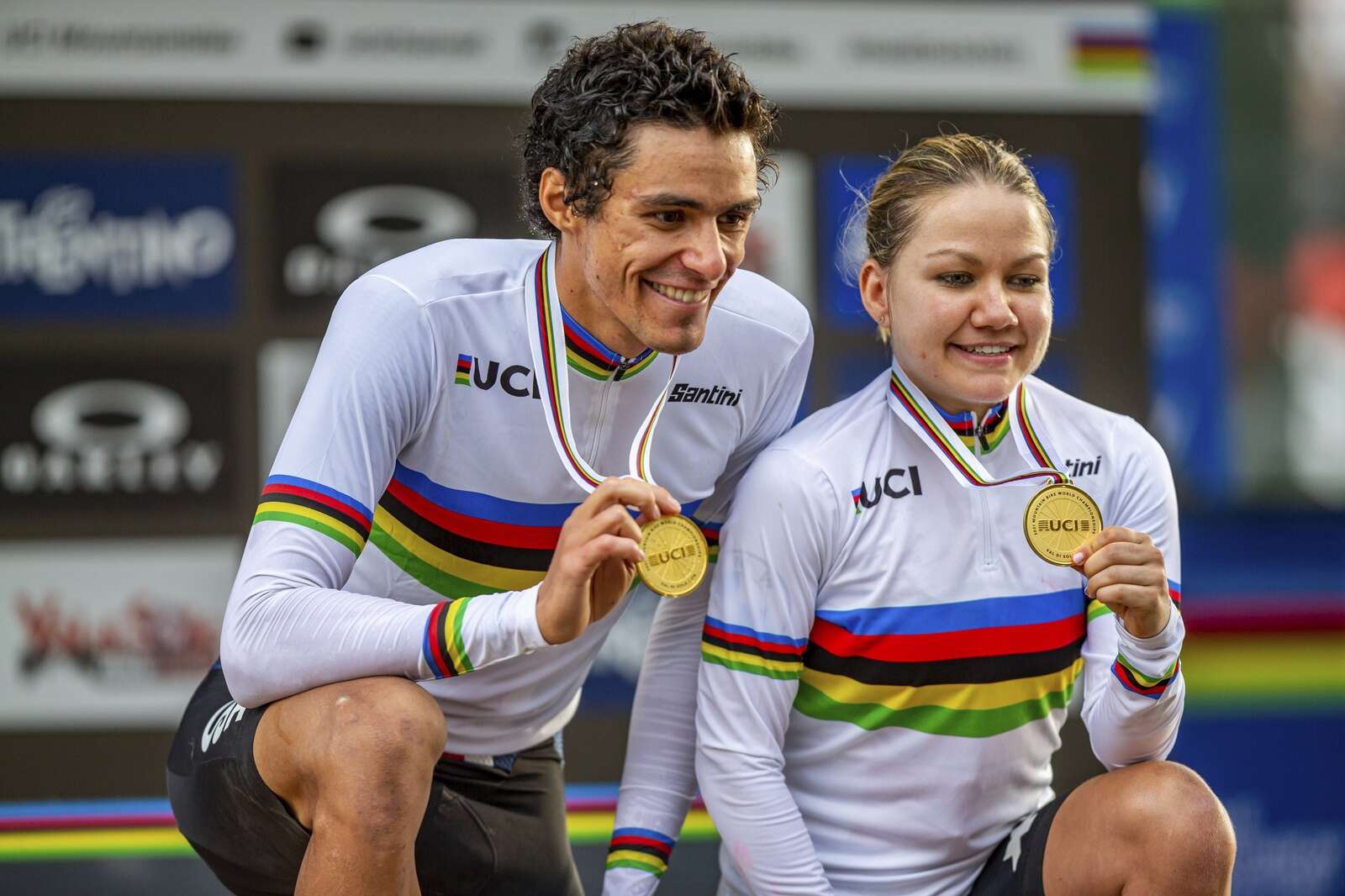 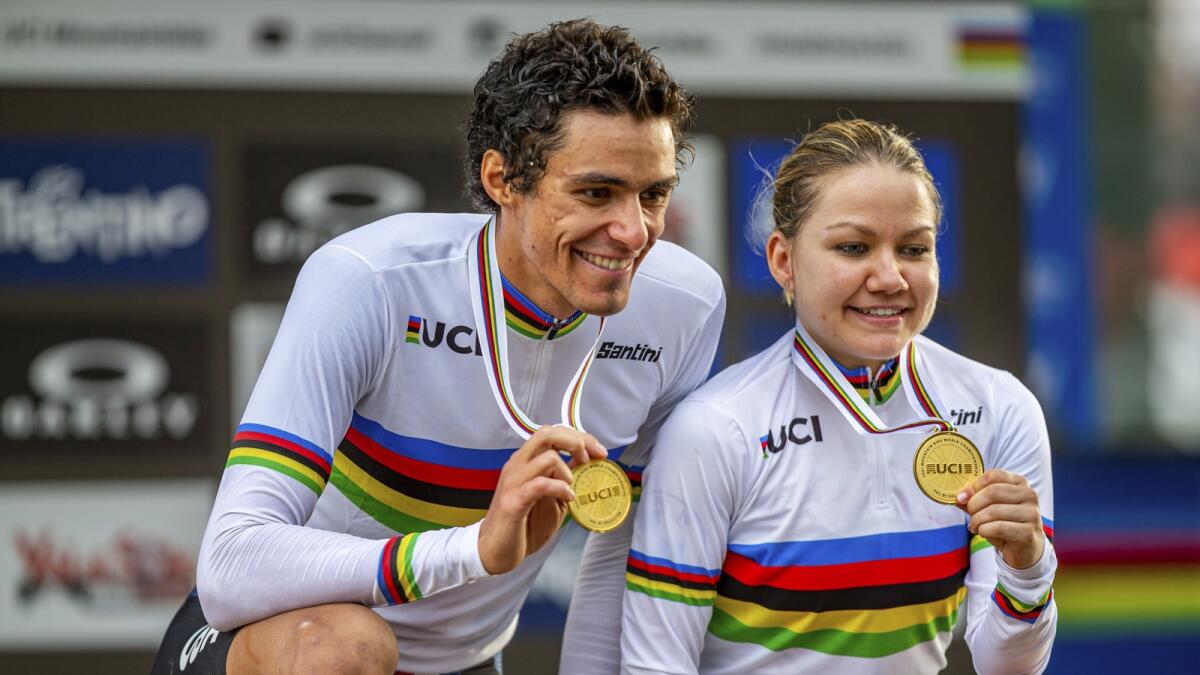 Not to be outdone, Christopher Blevins, 23, wrote his name in mountain bike racing’s history books and brought some huge titles back to the U.S. in 2021.

In the inaugural short-track cross-country world championship Aug. 26 in Val di Sole, Italy, Blevins said he wanted to remain calm and composed and seize opportunities to let loose and explode.

“It definitely takes a high level of focus and pack awareness; I got that from racing BMX,” Blevins told The Durango Herald at the time. “It’s intense; you got to not miss a moment.”

After the sprint start, Blevins positioned himself in about fifth place and waited to make his move.

“I wanted to be patient and be in the front group, and only see the front one time: just before the finish line,” he said.

Blevins started the last lap in third place, six seconds behind the leader. Right before the final corner, however, Blevins took the lead.

“You really had to lead going into the last corner,” he said, noting that it was only about 75 meters from the finish line.

“I was eyeing it throughout the race and gauging my effort,” he said.

On the final lap, he passed other contenders and held on for the title.

“It was a full-on sprint,” Blevins said. “I went into the finish straight and didn’t look back.”

Blevins won the race in 19 minutes, 30 seconds, about two seconds ahead of Brazil’s Henrique Avancini (second) and Germany’s Maximilian Brandl.

“I’d be lying if I said I expected it,” Blevins said about his world championship. “I’m trying to always be a confident racer, but to pull it off and make history as the first is special, especially since we’ve had so much of that in Durango.”

Blevins took the crown in the season finale Sept. 19 at Snowshoe Mountain, West Virginia, winning the cross-country race by nine seconds in 1 hour, 15 minutes and 14 seconds.

Blevins stayed with the lead group throughout the race, but didn’t take the lead until the final climb.

“Once I was in the lead, (the crowd) was insane,” he said. “There was so much emotion.“

Blevins surged by the leader, sprinted up the final hill to get some separation, went down through a rock garden all alone and pedaled to the finish line with his arms raised.

“It was nothing short of one of the best moments in my life; just pure joy and excitement,” Blevins said. “Sometimes these days sneak up on you as an athlete and reminds you what can be so magical about sports.”

Pinkbike named Blevins’ World Cup win its performance of the year for 2021.

Blevins also continued Durango’s tradition at the Olympic Games, making it the sixth straight Olympics a cyclist from Durango competed in the mountain bike championships.

Blevins finished 14th after riding about 20 miles over steep climbs, across large rocks and down big drops. 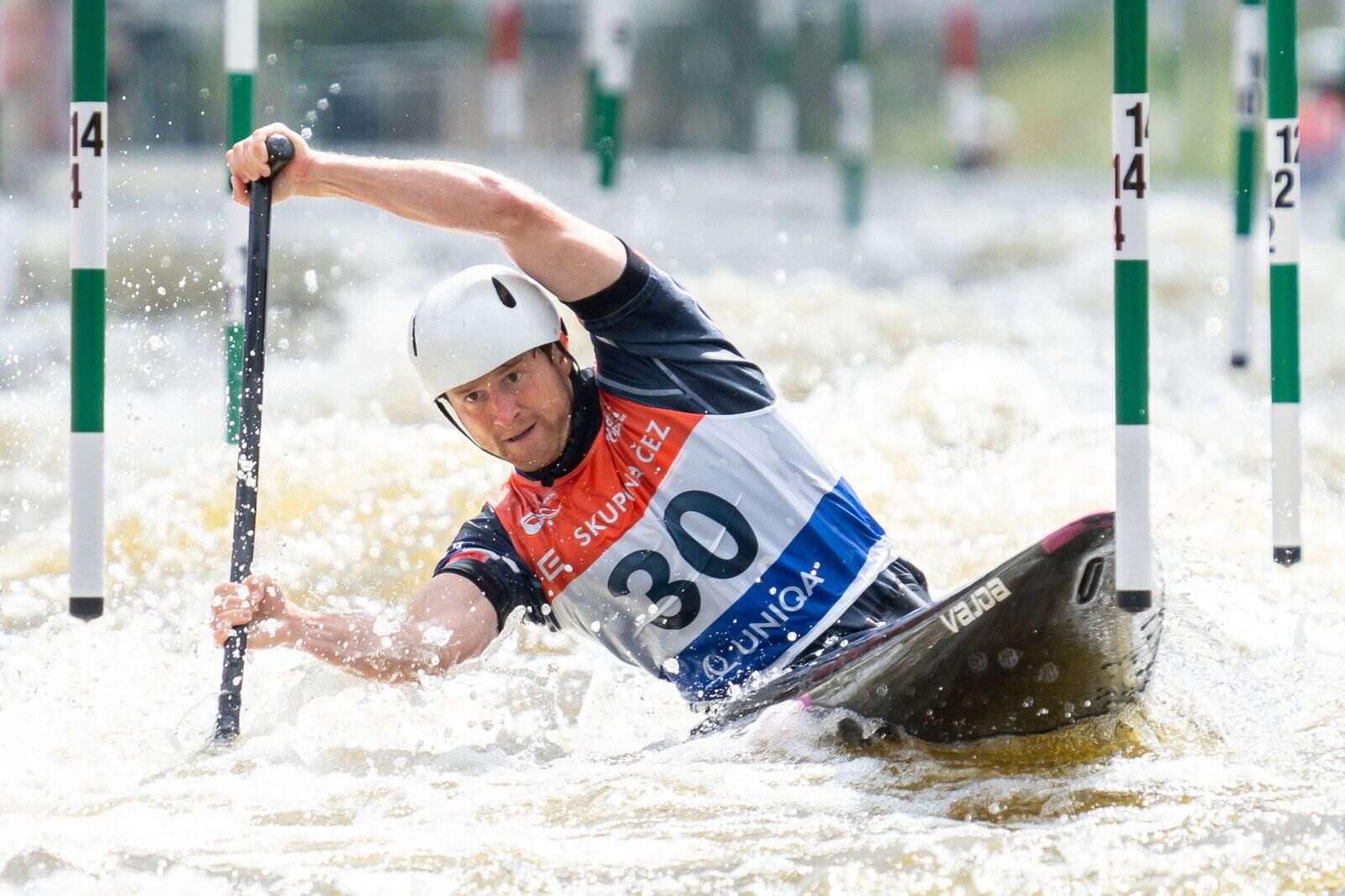 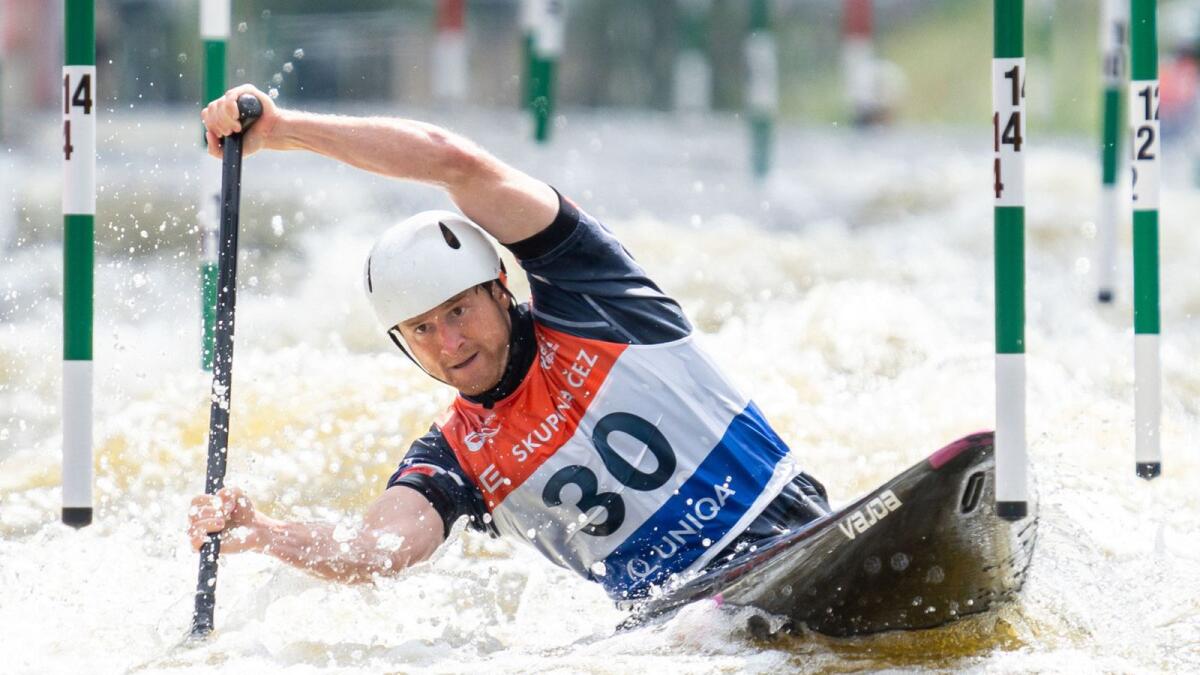 Blevins wasn’t the only Durangoan who competed at the Tokyo Olympics. Slalom canoe racer Zach Lokken also competed in China.

Lokken, 27, won the U.S. Olympic Team Trials April 14 in North Carolina. Then he was the lone American to advance to the finals at the International Canoe Federation Canoe Slalom World Cup on June 12 in Prague, Czech Republic. That clinched his Olympic qualification for the first time in his career.

At the Olympics, Lokken advanced to the C-1 slalom finals and place seventh.

Another Durangoan, freestyle mogul skier George McQuinn, meanwhile, ended the year with a couple of wins to put himself in position to qualify for the 2022 Winter Olympics in China. 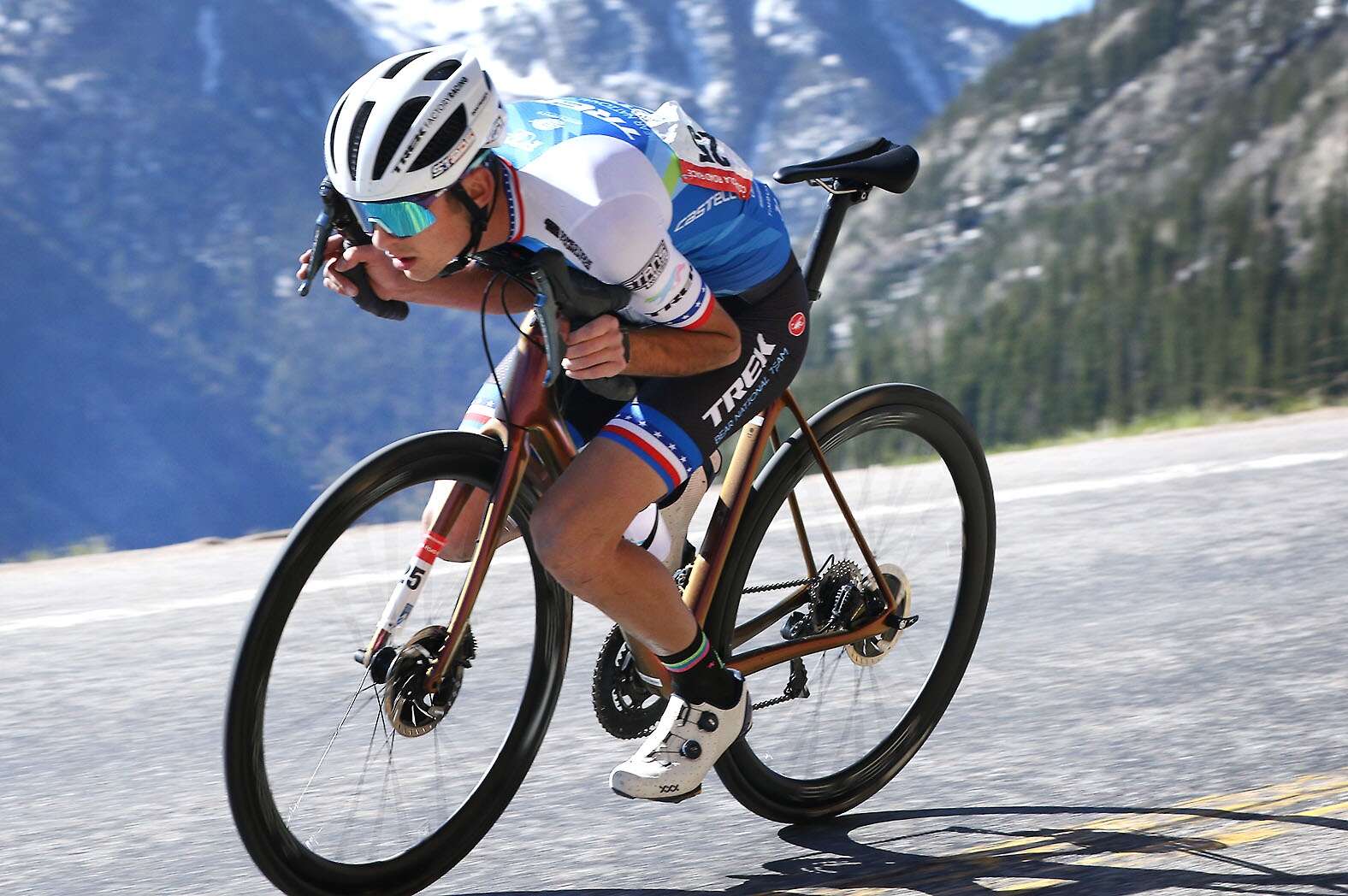 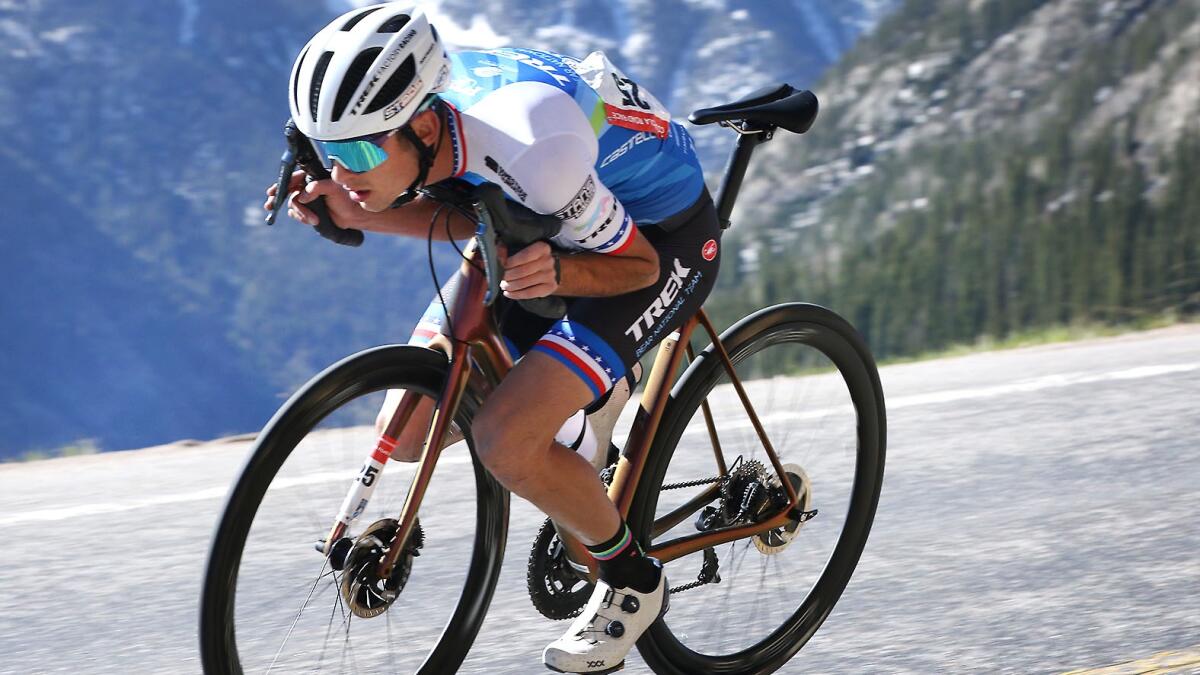 Durango’s Quinn Simmons, Colby Simmons and Riley Amos all had years that helped them earn professional contracts or contract extensions.

Quinn Simmons, who scored a first-place finish at the Tour de Wallonie before racing in his first grand tour, the Vuelta a España, signed a two-year extension with Trek-Segafredo.

He followed up his performance by capturing a pair of national titles. Amos won the under-23 cross-country race at Winter Park and the short-track national championship, earning him the right to wear the stars and stripes jersey for the next year.

“To have this jersey is an incredible feeling, and it is going to make me even hungrier for next year,” Amos said. “A lot of people asked if I would race up with the elite guys this year, but I am really happy I didn’t in my first year in this U23 category. I want to carry this jersey to the last couple of World Cups this season. It is huge to wear it for the year. This is what I wanted to do so I could have the chance to bring the flag to the world scene the entire next year.” 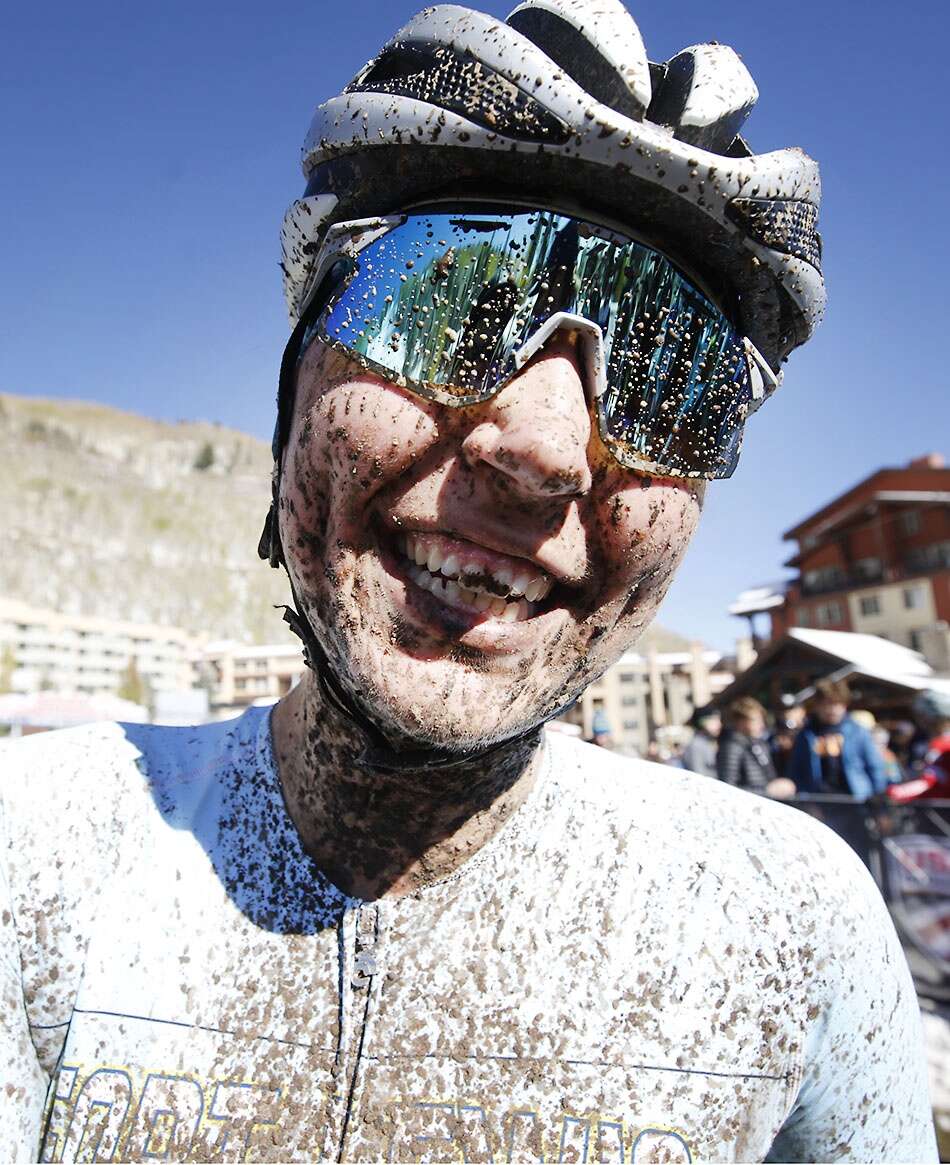 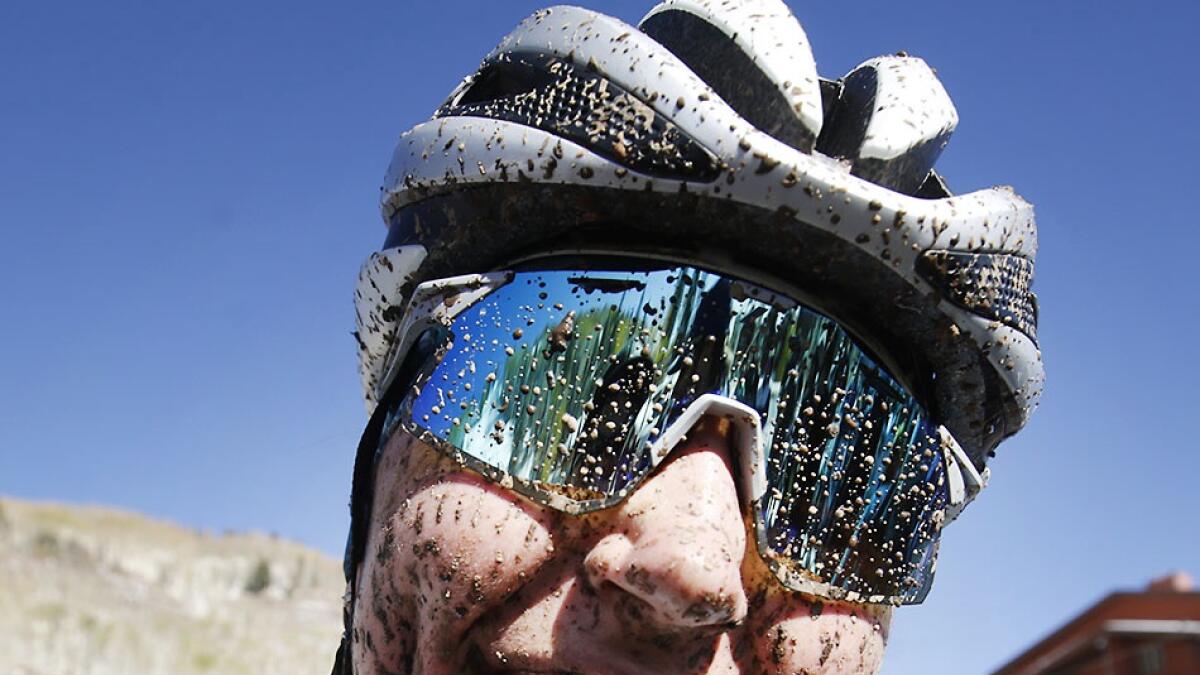 In addition to Amos’s Under-23 men’s sweep, Fort Lewis College rider Savilia Blunk won the women’s Under-23 cross country race and the elite women’s short-track event. And Stephan Davoust, an alum of both Durango Devo and FLC, raced to a pair of second-place finishes in the elite men’s category.

Davoust, however, got to stand on top of the podium later in the year, winning the 32-mile USA Cycling Marathon Mountain Bike National Championships in Frederick, Maryland. Payson Mcelveen of Durango reached the podium in third.

Fort Lewis also placed second at the cyclocross national championships behind the Mavericks.

Cyclists, however, weren’t the only local athletes to do well at national events.

Competing at the Garmin Running Lane Cross Country Championships in Huntsville, Alabama, both runners broke the 15-minute mark in the 5K.

Lambert also finished sixth at the Colorado 4A state championships while Durango’s girls finished third as a team. 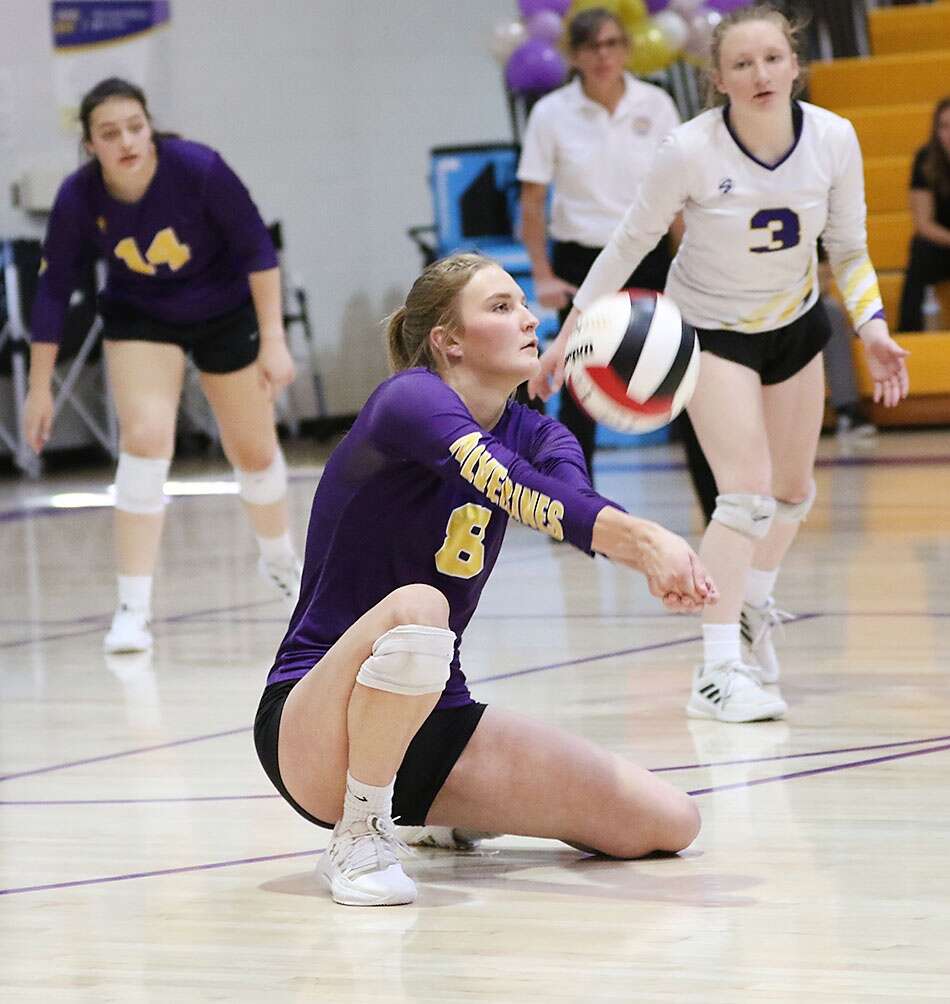 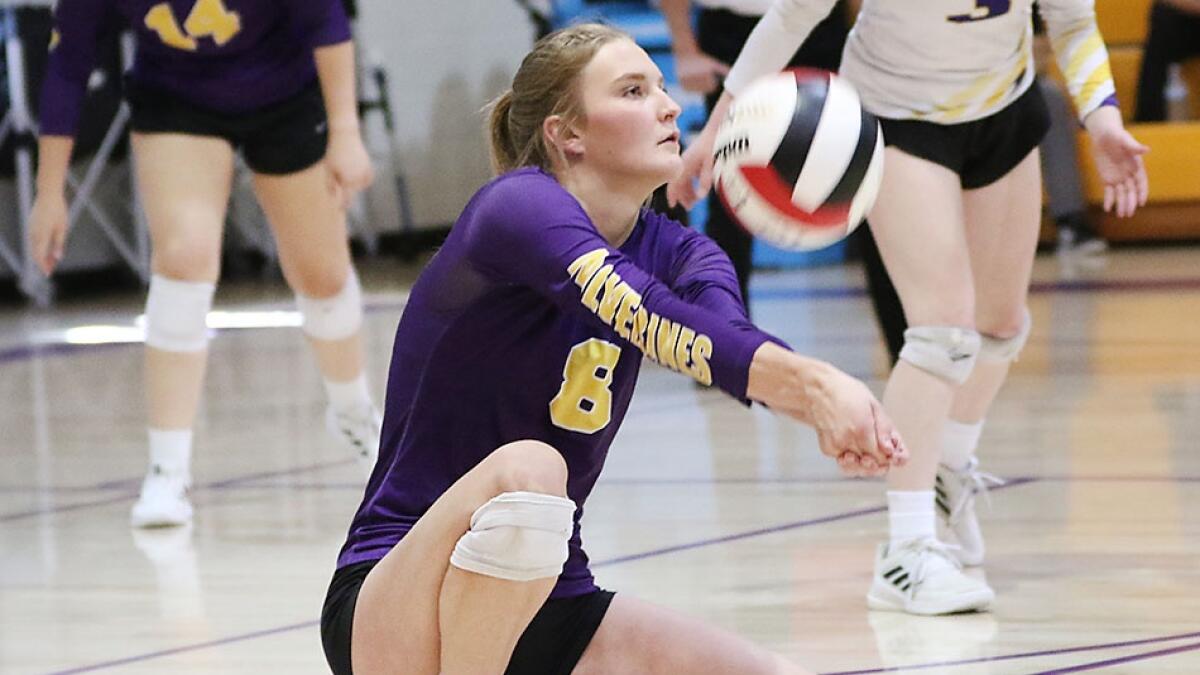 Other teams from Bayfield, Ignacio and Durango High School also made some noise in 2021.

Ignacio volleyball hosted a regional championship made furious comeback to beat Greeley’s Union Colony Prep to advance to the state volleyball tournament for the first time since 1987.

Bayfield’s Wolverines also hosted and won a regional volleyball tournament. The team then went to the state tournament as the No. 12 seed and beat No. 5 Liberty Common of Fort Collins, No. 11 Alamosa and No. 7 Eaton before falling in the quarterfinals to Sterling.

On the football field, Durango didn’t allow any of its league foes score as it ran away with a 3A Southern League title. The Demons then blew out Evergreen in the first round of the state tournament, 56-3, but fell to the eventual state runner-up Mead, 14-13, in the second round.

Bayfield also qualified for the state football tournament in Class 2A. The team put together a seven-game winning streak after losing its opener to win the 2A Southwest League and get to host a playoff game. The team, however, fell to Elizabeth in the playoffs.

On the pitch, the Durango boys soccer team reached the state quarterfinals for only the third time in the school’s history after besting D’Evelyn and Erie in the playoffs.

The Durango girls soccer team also went undefeated during a COVID-shortened spring season to win a league title and score a No. 7 seed for the state tournament, but fell 2-1 against Steamboat Springs in the first round. 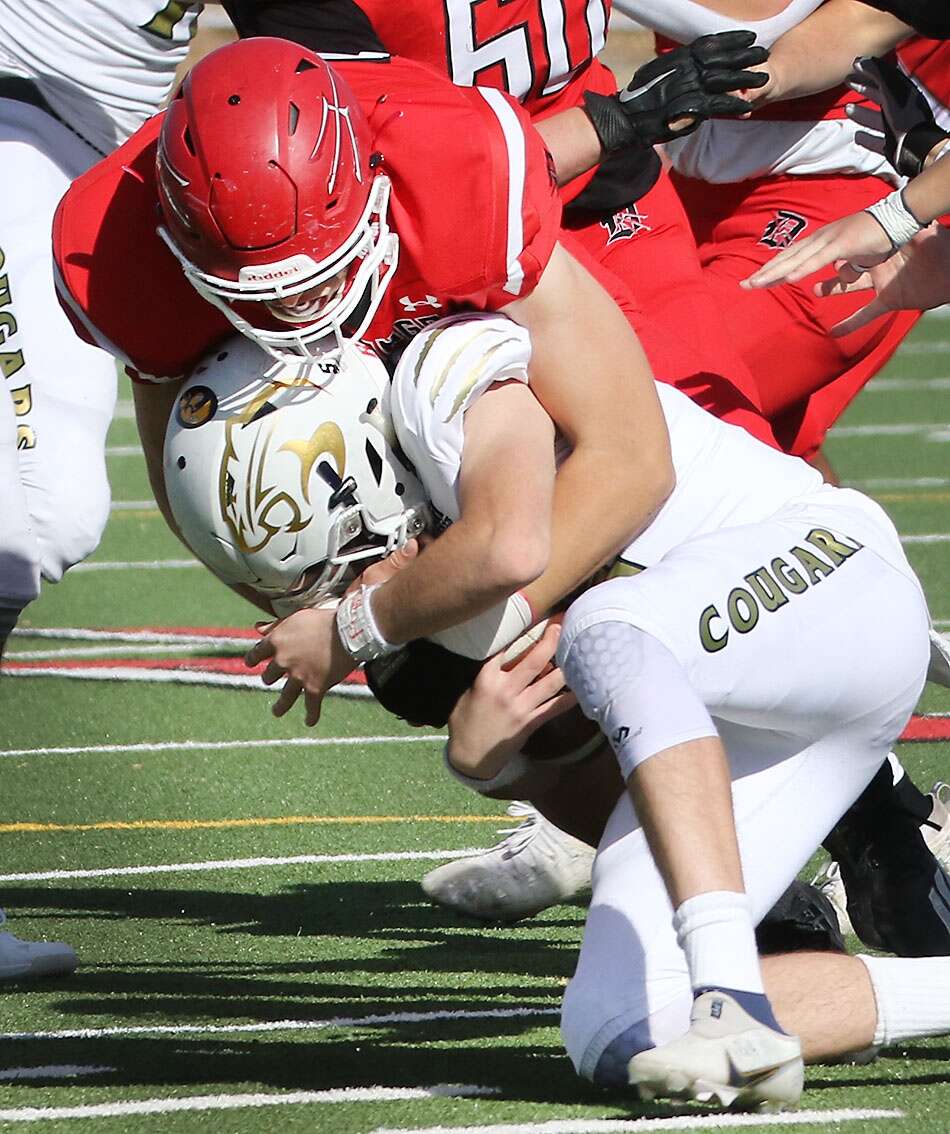 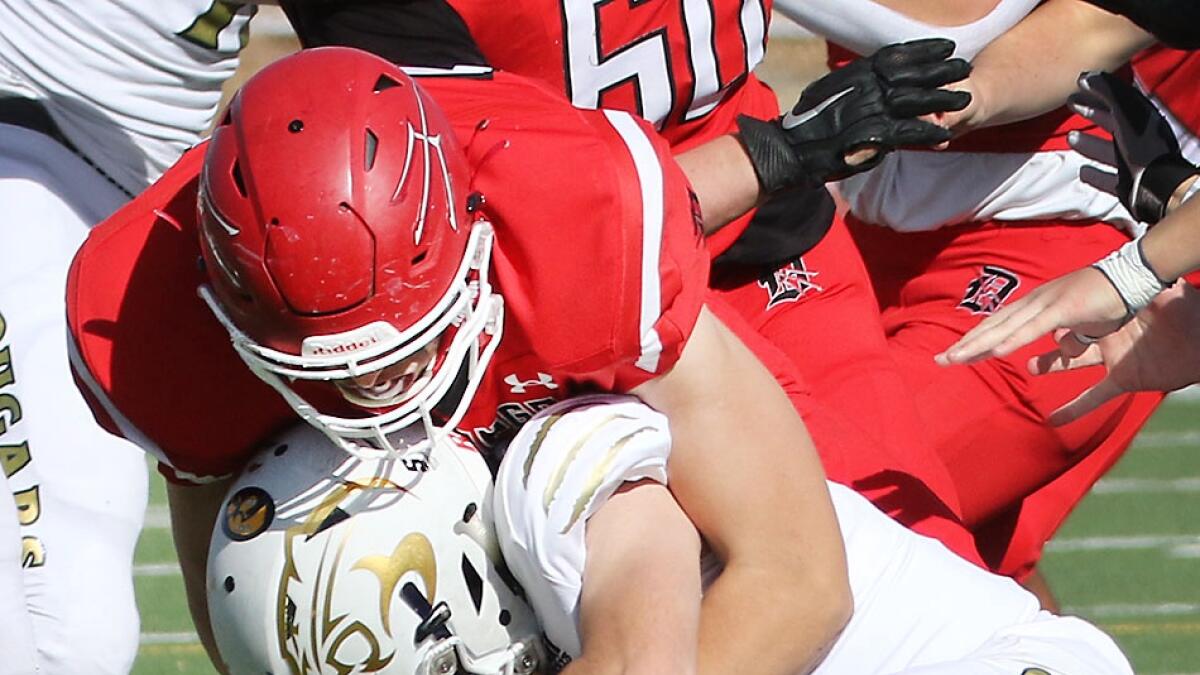