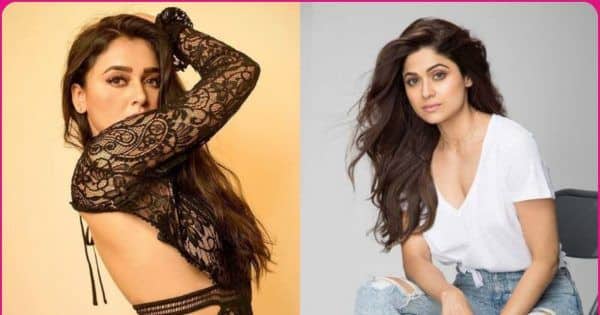 Now, Bigg Boss 9 contestant Rochelle Maria Rao has come out in support of Tejasswi Prakash. She told BollywoodLife, “You can’t expect somebody to keep being patient and understanding when it comes to the people they love.” Karan Kundrra and Tejasswi Prakash quickly became lovers on the show. The chemistry was visible from the first episode. They have amassed a huge fandom and #TejRan is the hashtag of Bigg Boss 15. When Rochelle Maria Rao entered Bigg Boss 9 she was in a relationship with Keith Sequeira. One of the talking points of that season was the love triangle between Keith Sequeira, Rochelle Maria Rao and Mandana Karimi. Also Read – Bigg Boss 15: After Rakhi Sawant’s eviction, viewers express their disappointment with live audience; call it UNFAIR – read tweets

She tells BollywoodLife, “Having been in a relationship in the Bigg Boss house myself, I feel that the focus is always on the girlfriend. Things like the girlfriend is always reacting in a jealous manner or the girlfriend is being overbearing, but nothing is ever said about the single person in the house. The relationship is definitely the responsibility of the two people in it, but that does not give the single person the right to push boundaries with the other guys in the house. Keith himself was in these kind of situations in the house many a times, but if he ever said something people would say he is a not a gentleman, and if I ever said that was not okay, I was called jealous!.” Also Read – Bigg Boss 15: Rakhi Sawant gets eliminated; Nishant Bhat, Karan Kundrra and Tejasswi Prakash become the top 3 scorers

She says that people always blame partners in the Bigg Boss house. Rochelle Rao further said, “So yes, this is something which has always been unfair in Bigg Boss, and the way people view relationships is not okay. In the outside world any partner would definitely have something to say, but in the Bigg Boss house it’s always oh this one is jealous or overreacting! But honestly you can’t expect somebody to keep being patient and understanding when it comes to the people they love, so I feel even Tejasswi’s reacted badly to the incident, and I can understand where she was coming from.”