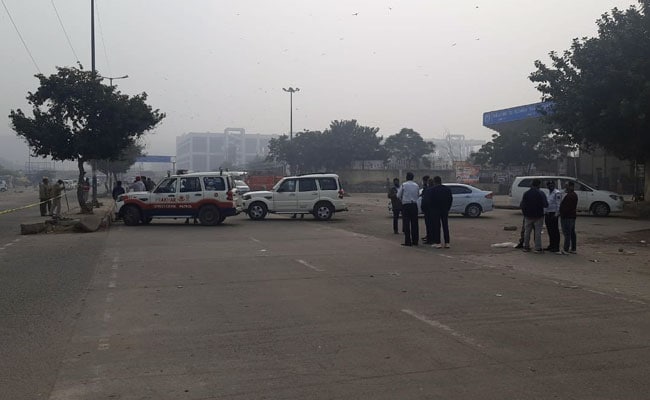 A bomb was found inside a bag left at a flower market in east Delhi this afternoon. The market in Ghazipur, which draws huge crowds, was cordoned off and a controlled explosion was carried out by the police.

The police dug an eight-foot pit to carry out a controlled blast at the market located near the border between Delhi and Uttar Pradesh.

An Improvised Explosive Device (IED) or crude bomb was kept inside a bag left by a customer, Delhi Police Commissioner Rakesh Asthana told NDTV. He explained that it was defused by a controlled blast.

The man who left the bag went to the market around 9.30 am on a scooty, ostensibly to buy flowers from one shop.

The bag was spotted by other customers later and the flower seller called the police.

Officers of the Delhi Police Special Cell arrived and blocked access to the market as the bomb disposal squad tackled the explosive.

The police are investigating whether the bomb was connected to the elections in neighbouring UP in February-March.