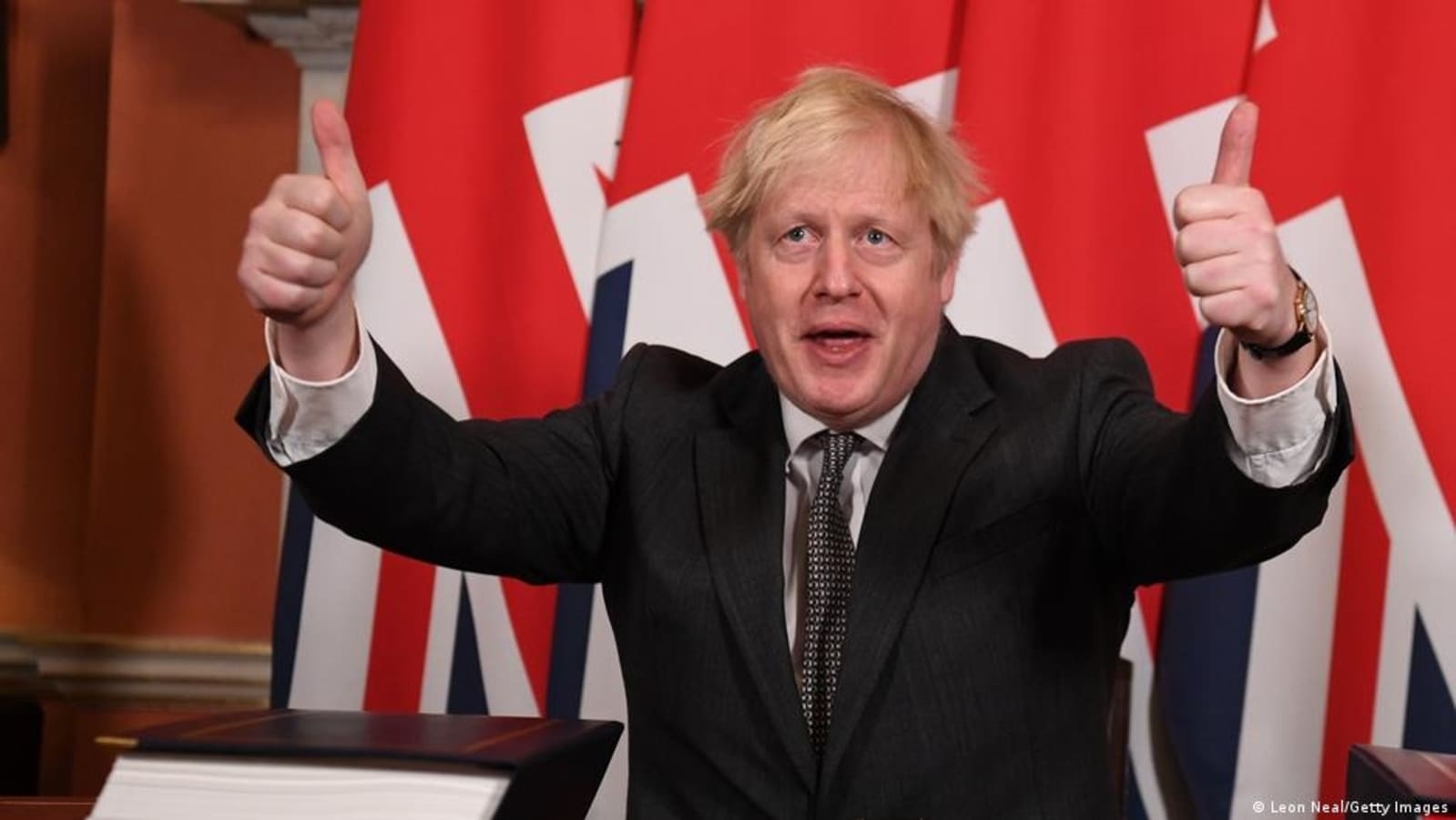 Food shortages, foreign workers leaving and gas stations running empty. Britain certainly had its fair share of setbacks since the Brexit transition period — meant to smooth the UK’s departure from the EU — came to an end a year ago.

A supply chain crisis, exacerbated by a shortage of truck drivers and other workers from EU countries, caused empty supermarket shelves, long lines for fuel for several weeks in September and even the slaughter and disposal of thousands of pigs.

New rules governing EU-UK trade took effect in January 2021, requiring 4-page customs forms for all goods, and health certificates for meat and dairy produce. As a result, British exports to the EU fell nearly 15% in the first 10 months of the year, according to the EU’s statistics agency Eurostat, while UK agri-food exports dropped by more than a quarter.

Brexit or COVID to blame?

All this happened as the country battled the then-new Delta variant of the coronavirus that sent the UK into its third national lockdown. While the government insisted it was impossible to disentangle Brexit from the COVID effect, many economists disagreed.

“What we can say is that the notable loss of UK trade with continental Europe … was not mirrored in UK trade with the rest of the world,” Iain Begg, Professorial Research Fellow at the European Institute, London School of Economics (LSE), told DW.

Brexit was supposed to bring an end to EU bureaucracy, but instead of allowing a bonfire of red tape, the additional paperwork hiked export costs that hit many UK and EU-based businesses hard.

Small British firms, in particular, said their sales to the EU dropped off a cliff. Simon Spurrell, the co-founder of the Cheshire Cheese Company, told the Guardian newspaper recently that the post-Brexit trade deal was the “biggest disaster any government has ever negotiated.” Some EU retailers have stopped taking orders from the UK.

“It’s the small businesses that suffer from the excessive paperwork, not the giants like Nissan,” said Begg, referring to the Japanese automaker that has renewed its commitment to UK production, despite Brexit uncertainty.

Red tape is set to get much worse from January, as the UK introduces new paperwork for imports from the EU, which must be lodged with authorities before goods are loaded on trains or trucks to Britain. The plans have been delayed three times over the past year to avoid further pain for businesses.

Adding insult to injury for UK Prime Minister Boris Johnson was the resignation this month of his chief Brexit negotiator, Lord David Frost. Some analysts speculated that the departure was hastened by pressure on Johnson to adopt a softer approach to negotiations with Brussels, as an all-out trade war loomed over several thorny issues.

The post-Brexit trade deal left much “unfinished business,” according to Begg, including over Northern Ireland, fisheries and financial services. The City of London financial hub is a major contributor to the British economy, and was “almost neglected” in the Brexit negotiations, he told DW.

The City is trying to obtain what’s known as equivalence with the EU — where both sides accept each other’s regulations. But the Institute of Government think tank believes a permanent deal is currently unlikely.

Jake Green, from London law firm Ashurst, told the Financial News weekly that Brexit was “going to get real” for banks and other financial firms in 2022, adding that the past 12 months have “been a bit of a hall pass for everyone.”

The row between Britain and France over fishing rights in UK-EU waters is set to persist, while the Northern Ireland protocol — a measure to avoid a hard border between the British territory of Northern Ireland and EU member, the Republic of Ireland — will only be settled when London concedes that the European Court of Justice should rule on trade disputes.

“The optimal outcome for Northern Ireland would be if the border became almost invisible,” Begg told DW. “There is a move towards that, but it will never be 100% because logic says you must have a border somewhere.”

UK Foreign Secretary Liz Truss has taken charge of the UK’s Brexit negotiations. Truss is charged with keeping Euroskeptics within the ruling UK Conservative Party onside about the direction of Brexit, while not antagonizing Brussels further.

Describing how Johnson and Frost “managed to rub people up the wrong way,” Begg said the British had “misunderstood Germany’s position on Brexit,” thinking that Berlin would intervene during the Brexit standoff with the EU to avoid compromising a key export market for German automakers.

“Angela Merkel never rode to their [the British government’s] rescue and I very much doubt that new Chancellor Olaf Scholz will do anything different.”

Few positives have emerged about Global Britain — the promise that Brexit would allow the UK to boost its trade with the rest of the world A free trade deal with the United States remains elusive, especially since Donald Trump’s election defeat, and closer trade ties with China are off the table for now due to political tensions over Hong Kong.

While Britain has concluded new deals with Japan, Australia and New Zealand, “It’s more a question of: ‘Who cares?'” said Begg, as the three countries represent a tiny share of UK exports. “Even if we double that share, they’re still tiny.”

The post-Brexit trade deal hasn’t, however, led to some of the worst doomsday predictions. Rather than half a million job losses, Britain still has a major shortage of workers — after the UK ended freedom of movement for EU nationals. Rather than a forecast 18% fall in real estate prices, British property values hit an all-time high this year, climbing more than 20% since the 2016 referendum.

Many believe Brexit can be undone

Despite the gloomy headlines, political campaigning and a recent poll showing that 60% of Britons now think Brexit has gone “badly” or “worse than expected,” the chances of Britain rejoining the EU remain as unlikely as ever, said Begg.

“The whole Brexit saga has been so painful in UK domestic politics that I cannot see any wish to rejoin anytime soon.” From the EU side, “I can’t see it happening in a generation, let alone in the near future.”

The LSE economist said Brexit has “caused enormous difficulty and wasted an incredible amount of time [for EU states] when there were other pressing problems.”