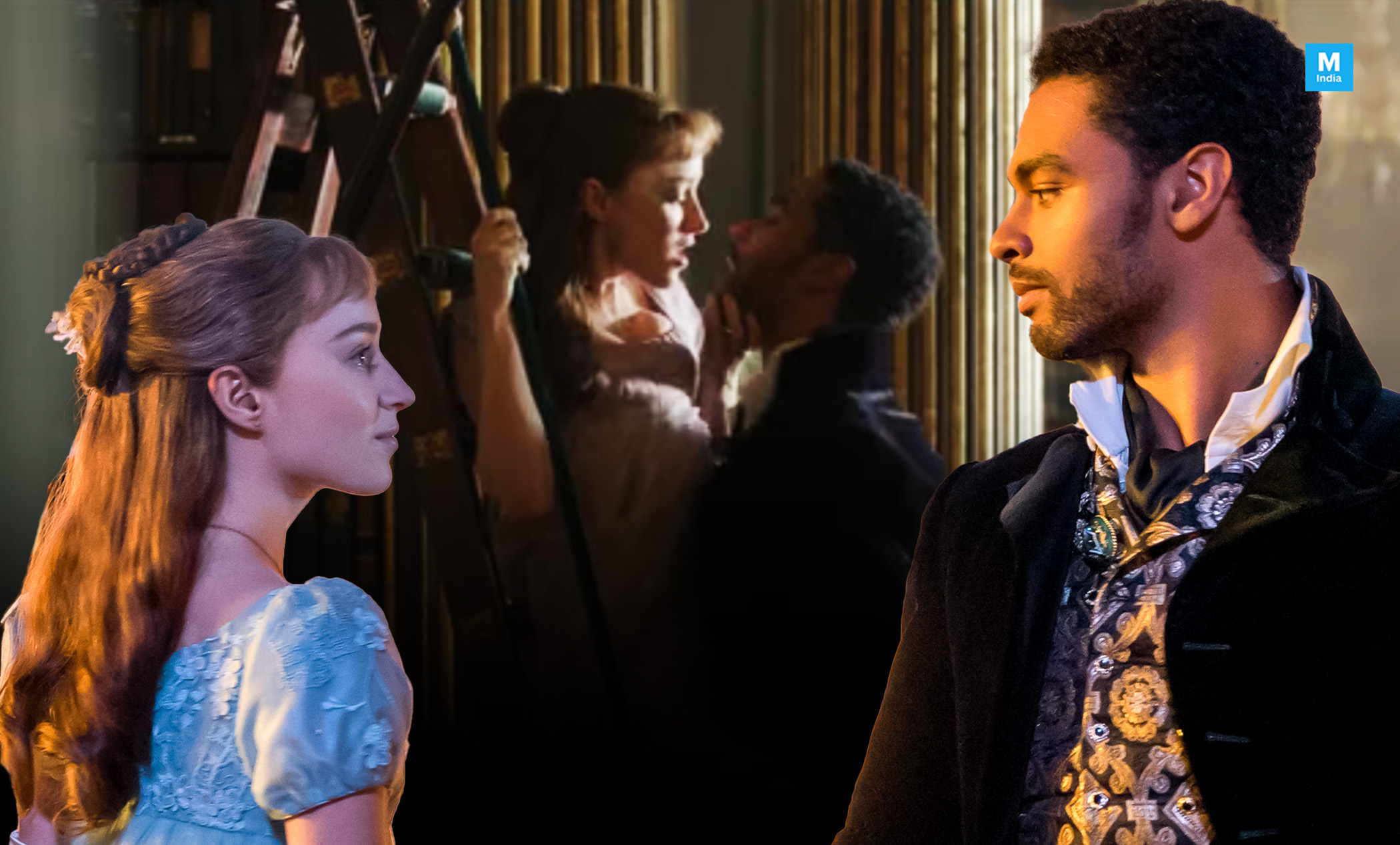 Back in December, Netflix premiered Bridgerton, the most addictive period drama of all time. The Regency-era costumes, music and scandals on the show has binge-watchers hooked for weeks now. Of course, it helps that the show is populated by a stacked cast of ridiculously good-looking people. Starring Phoebe Dynevor as Daphne Bridgerton and Regé-Jean Page as the sexy Duke Simon Basset, the show explores relationships in the “polite society” of 1800s London.

But if there’s one part people cannot seem to get over, it’s got to be the library scene. You know the one that takes place after Simon brings Daphne home following their wedding. The scene in question sees Simon going down on Daphne on a ladder in the library quite spontaneously. All this while a string version of Taylor Swift’s “Wildest Dreams” plays in the background. And let me tell you, that was the first scene Page and Dynevor shot together. It’s a good thing they had an intimacy coordinator on set for the more intense scenes on the show.

The scene had fans feeling so many feelings, they took to Twitter to talk about it.

If I’m understanding Bridgerton correctly I just watched a full sex montage that was about relationship development but also the importance of a strong pull-out game to a violin cover of a Taylor Swift song?

Everyone tried to prepare me but nothing could have prepared me for the #Bridgerton sex scene to ‘Wildest Dreams’ by Taylor Swift.

This is now the most important show of all time.

SIMON, ON THE STAIRS!!! #Bridgerton pic.twitter.com/xHImeHbstz

the maids at the door when daphne and simon were at it again in the library #BRIDGERTON pic.twitter.com/fFaTJlKYMr

‘Wildest Dreams’ will never be the same.