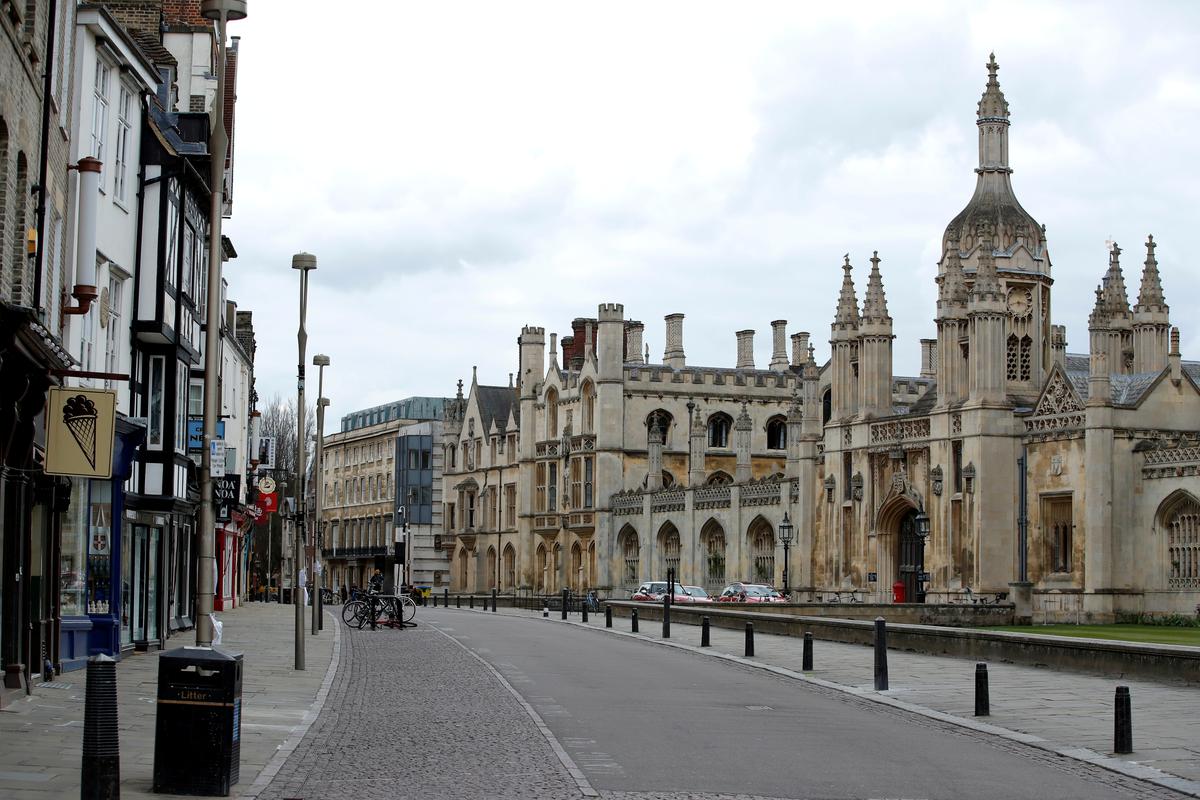 LONDON (Reuters) – The University of Cambridge is aiming to start clinical trials of its possible coronavirus vaccine in the autumn after it received 1.9 million pounds in funding from the British government, the university said on Wednesday.

The scientists behind the vaccine said their approach, which uses genetic sequences of all known coronaviruses to hone the immune response, could help avoid the adverse effects of a hyper-inflammatory immune response.

“We’re looking for chinks in its armour, crucial pieces of the virus that we can use to construct the vaccine to direct the immune response in the right direction,” Jonathan Heeney, head of the Laboratory of Viral Zoonotics at the University of Cambridge, said.

“Ultimately we aim to make a vaccine that will not only protect from SARS-CoV-2, but also other related coronaviruses that may spill over from animals to humans.”

No vaccine against the SARS-CoV-2 coronavirus which causes COVID-19 has yet been proven clinically effective, though 30 that use a range of technologies are in human trials already.

The Cambridge candidate, DIOS-CoVax2, is DNA based. Computer-generated antigen structures are encoded by synthetic genes, which can then re-programme the body’s immune system to produce antibodies against the coronavirus.

This DNA vector method has been shown to be safe and effective at stimulating an immune response in other pathogens in early stage trials, the university said.

Although it is operating at a later timetable than some other vaccine candidates, the DIOS-CoVax2 shot would not need to be stored at cold temperatures and could be delivered without needles, possibly making the widespread distribution of the vaccine easier.

“This could be a major breakthrough in being able to give a future vaccine to huge numbers of people across the world,” said Saul Faust, Director of the NIHR Southampton Clinical Research Facility.