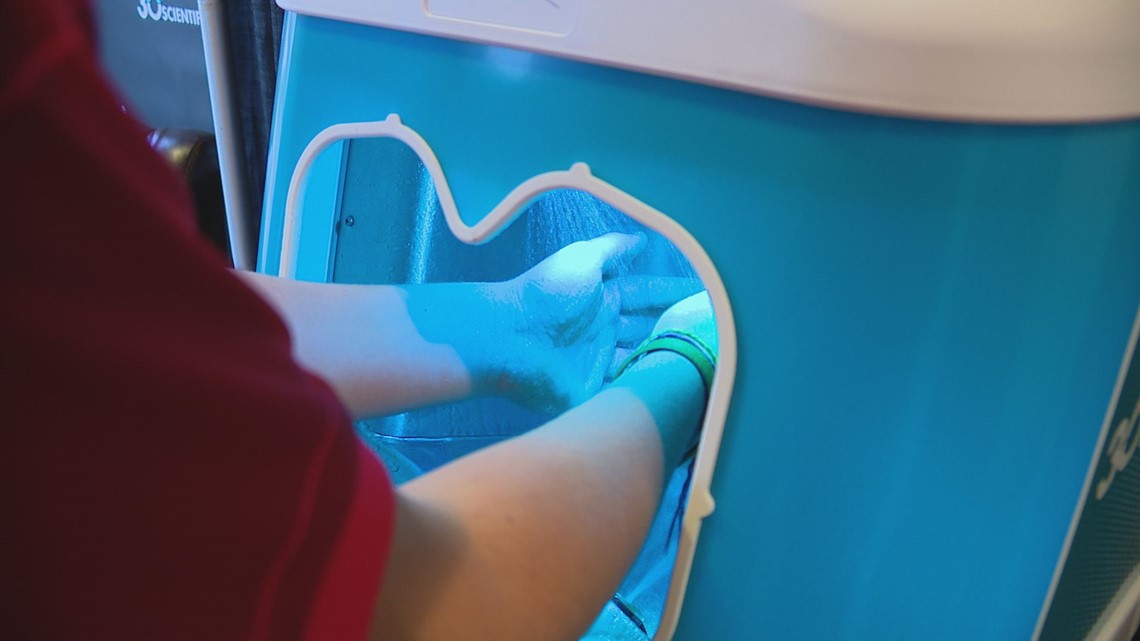 The past six months, 3Oe Scientific has had about $8 million in sales with the ‘Iggy.’

CARMEL, Ind. — 3Oe Scientific in Carmel has been developing a revolutionary way to wash your hands for around ten years. The past six months, they say they’ve had about $8 million in sales with the ‘Iggy.’

“This is the differentiator, it’s all natural. Aqueous ozone is nature’s disinfectant. It doesn’t create pathogen resistance, so superbugs aren’t created. Ozone is known to be very effective against bacteria and viruses and spores,” said 3Oe Scientific CEO Dr. Thomas Faust. “Secondly, it doesn’t hurt the hands, it softens the hands. That’s a big one especially for those who have to wash their hands multiple times in a day, because the off product is oxygen.”

The Iggy takes just seven seconds to disinfect your hands.

“The device has in it sensors so that when I put my hands in here it comes on automatically and tells whether my hands stay in the device,” said Faust while demonstrating the Iggy.

Next week, Faust and 3Oe Scientific will take the Iggy to the Consumer Electronics Show in Las Vegas. It’s considered one of the biggest trade shows in the world.

“We’re after changing the world about hand cleanliness, hand sanitizing and hand disinfecting. Our goal is to get FDA approval next year and to get into the hospitals, but there’s going to come a tipping point we hope where Iggy is well known and people are going to demand even more when people find out about it,” said Faust.