Celina Jaitly recently took to Instagram to share a throwback picture of her from her school days. In the picture, she is seen holding a flag as Sports Captain, looking unrecognisable. The actor also shared a big note talking about her love for sports and explaining the memory attached to the picture.

Jaitly informed that this picture was taken during her ‘most valued tenure’ as a sports captain. She further revealed that she was standing here to take the oath of ‘constant pursuit of fitness’. Celina further talked about how sports has helped her. She wrote, “Sports nurtures dreams of achieving self-confidence and has always played an important role in continued strive towards becoming the best version of myself”.

The actor also mentioned that it was ‘one of the best gifts’ given to her by her schooling institution along with her military parents’ constant encouragement to keep active. She ended her caption by saying it was difficult for her to work on her body after two sets of twins without permanent damage to her body but her background in sports really helped her to persist.

Also Read|  Celina Jaitly’s Birthday: Take a look at 15 facts about the ‘No Entry’ actor

Fans in huge number appreciated the actor for her picture and inspiring journey. Several users also mentioned that she has been beautiful since childhood and it is inspiring to see her talk about her journey. Take a look. 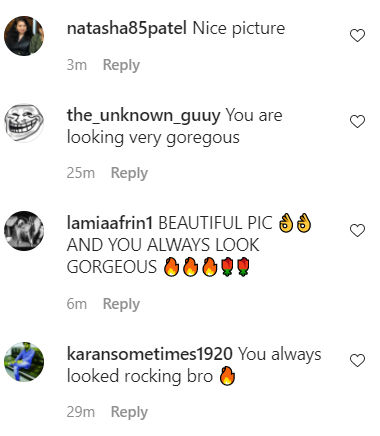 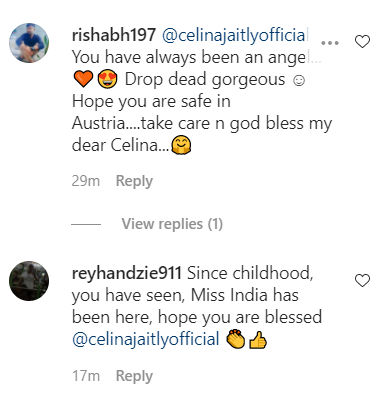 Celina Jaitly often shares memories from her childhood on Instagram. Earlier, on the occasion of her brother’s birthday, the actor has shared a series of throwback pictures. In the picture, she is spotted posing standing beside her brother. The actor added a caption with a birthday greeting for him, calling him her “baby brother”. She revealed the nicknames with which she referred to him along with his childhood name ‘Juju’ in the caption.

Along with the birthday greetings, Celina also added the hashtags like ‘#brothersisterbond’ and ‘#armybrother’ to highlight the importance of her brother’s profession. Celina Jaitly’s photos for her brother always hint at how close the siblings are and how much the actor respects him. Being the first one of Celina Jaitly’s rare pics, the childhood picture of the actor and her brother shows them wearing school uniforms.

Little Celina is fully dressed in a school uniform, while Vikrant is clad in a sweater and trousers. They are seated on a brick ledge. The adorable picture also speaks about how much the actor treasures her brother, as she added “love you to the moon and back” to her caption. Others in the same collection of Celina Jaitly’s photos with Vikrant show their subsequent years of growing older together. The final picture is of Vikrant in his Army uniform.