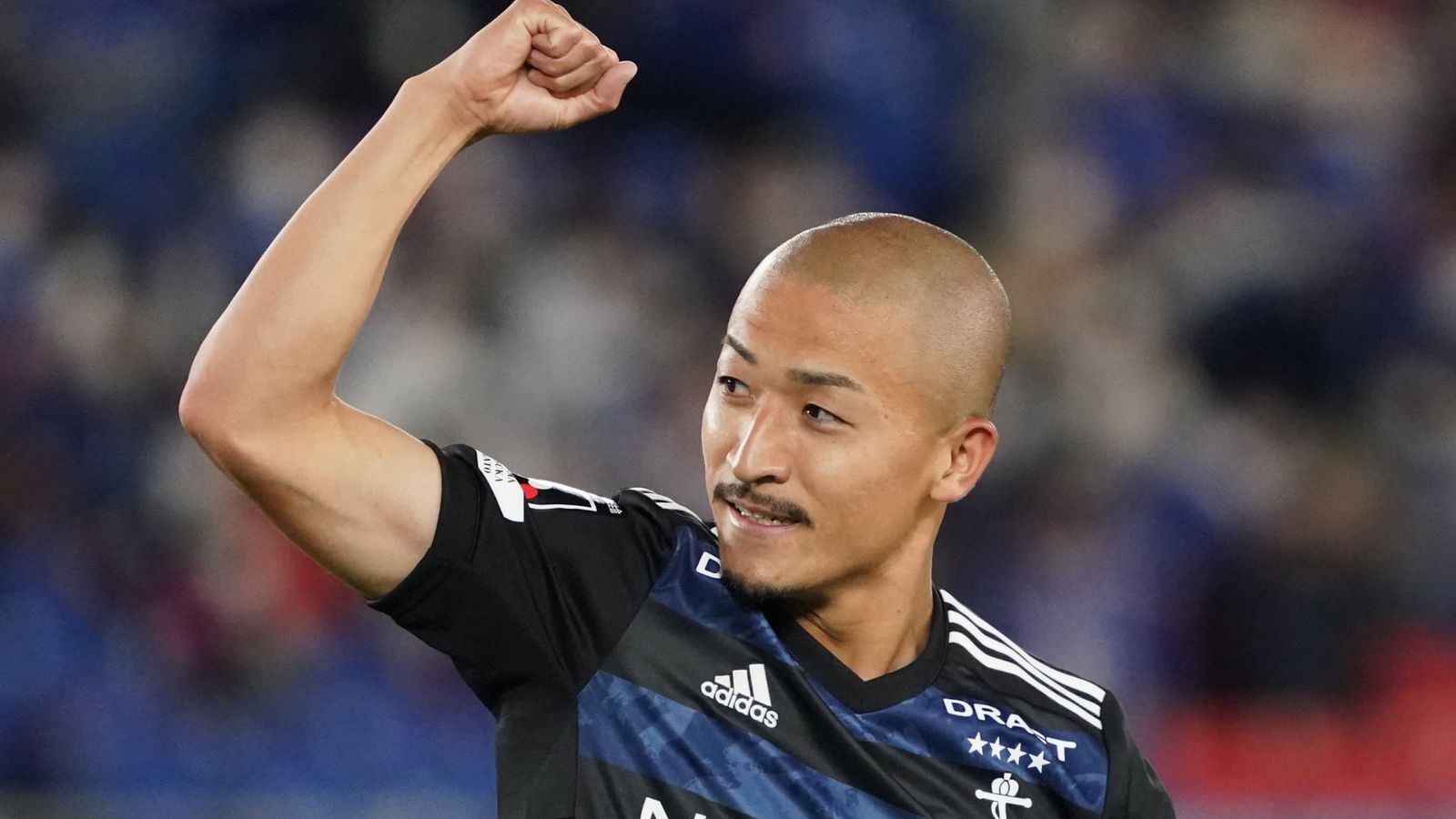 Maeda, a 24-year-old forward, joins from Yokohama F. Marinos, where he previously played under Ange Postecoglou, the Celtic manager.

Ideguchi, a 25-year-old midfielder, is leaving Gamba Osaka to move to Celtic, while Hatate, a 24-year-old who can play on the left or in midfield, joins from Kawasaki Frontale, the Japanese champions.

Postecoglou told Celtic’s website: “We are really pleased to bring in these guys to Celtic and I think they are players who will excite our fans.

“Clearly I am well aware of their attributes and I think in bringing all three to the club we are bringing even more quality, personality and energy to the squad to work with the players who have done so well for us already this season.

“They are all really at the peak of their careers, ambitious to achieve more success and I am sure at this particular time we will be getting their best years.

“I am delighted to have secured these players so early in the transfer window. I look forward to working with them, and myself, my backroom team and the rest of the squad will be making sure we help them settle into Celtic as quickly as possible.”

Maeda joins Celtic after a 2021 season which saw him finish as the J League’s joint top scorer with 23 goals.

The forward – who has two caps for Japan – will initially join Celtic on loan before making his move permanent and signing a long-term deal in the summer.

Ideguchi previously spent 18 months as a Leeds player but never made an appearance for the club, and returned to boyhood side Gamba Osaka in August 2019.

The midfielder has 15 caps and two goals for Japan, and has signed a four-and-a-half-year deal at Parkhead.

Hatate has also signed a four-and-half-year deal and joins Celtic after helping Kawasaki Frontale to their second successive Japanese title.

He is yet to make his senior debut for Japan, but was part of their U23 side that reached the semi-finals of their home Olympics this summer.

The trio will be registered as Celtic players in early January – subject to international clearance – with the club hoping they can join the squad early in the New Year.

Scottish Premiership: How is your club’s season going?

Celtic were the total opposite of Rangers. Rangers were settled and had the confidence of winning, Celtic were a bit all over the place and had lots of work to do before the season got underway.

The managerial matters dragging out didn’t help much but since Ange Postecoglou has come in you have to say he has been very assured with his work. He’s very driven and very sure of what he wants from the team.

The signings have been good and I think if he gets the chance to go and add more signings in January, the Celtic support will take confidence from what he’s already achieved.

Getting the first trophy helps of course but the league is normally where it is decided if it has been a successful campaign or not.

I do believe if Postecoglou is given the funds to strengthen, he has the ability to have a really strong Celtic XI. Where they fall short of Rangers is in the depth of squad.

We know the difficulties with Covid, the Africa Cup of Nations coming up and normal injuries and suspensions – but having a strong squad is pivotal to Celtic to try and mount a challenge.