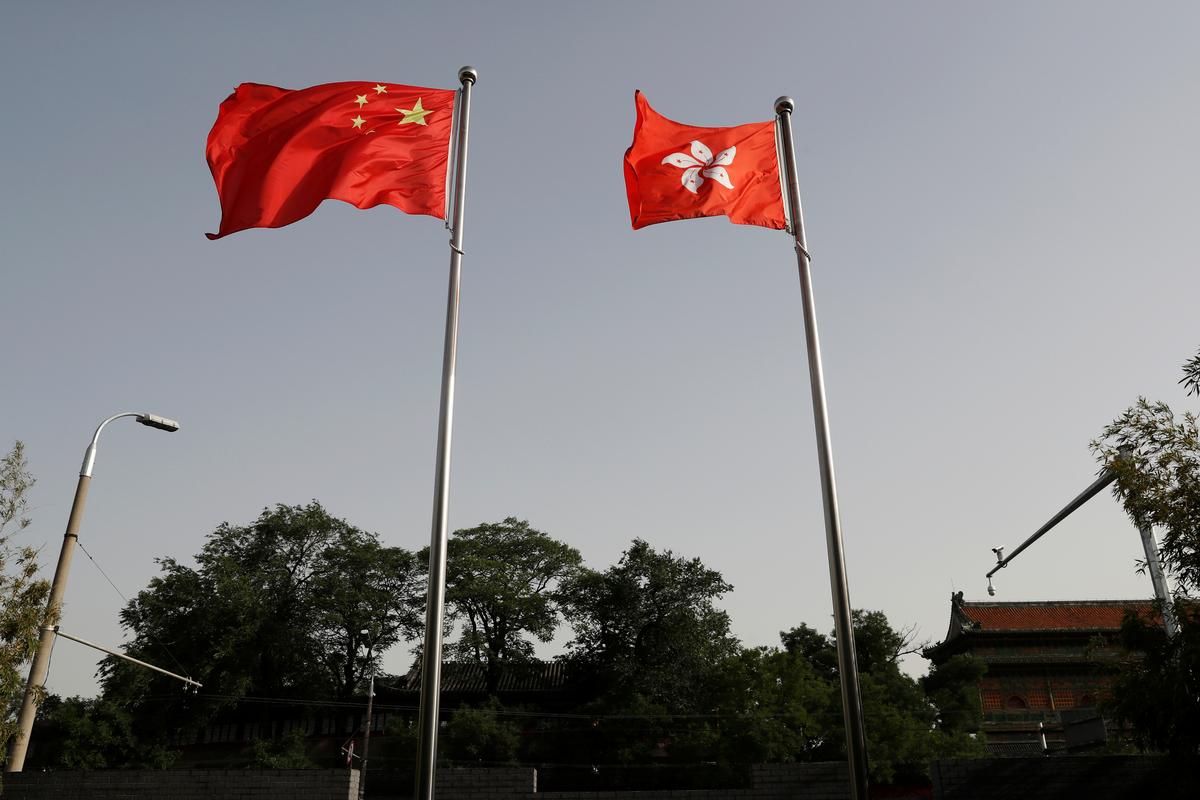 HONG KONG (Reuters) – A Chinese official suggested on Monday that the degree of autonomy that Hong Kong would have when the post-colonial agreement on its status runs out in 2047 could depend on how the protest-hit city behaves until then.

FILE PHOTO: The Chinese and Hong Kong flags flutter at the office of the Government of the Hong Kong Special Administrative Region, ahead of a news conference held by Hong Kong Chief Executive Carrie Lam, in Beijing, China June 3, 2020. REUTERS/Carlos Garcia Rawlins

Pro-democracy demonstrators have taken to the streets again in Hong Kong in recent weeks after a lull during the coronavirus epidemic, angered by Beijing’s plans to impose new security laws. Last year saw the biggest unrest in the semi-autonomous city since it was handed back to China by Britain in 1997.

A “One Country, Two Systems” agreement gave it rights and freedoms unavailable in mainland China for at least for 50 years. But many in Hong Kong and abroad see those freedoms, and its status as an international trade and finance center, at risk from Beijing.

In rare comments on Hong Kong’s long-term future, Zhang Xiaoming, deputy director of China’s Hong Kong and Macau Affairs Office, indicated that how Hong Kong’s people behaved now in regard to the political situation would affect its post-2047 status.

“I have noticed quite a lot of people in Hong Kong are looking ahead to ‘One Country, Two System’s’ fate after 2047,” Zhang said, speaking via a videolink to an online seminar about the city’s mini-constitution.

“What kind of record will Hong Kong show to the people of the whole country, represented by the then National People’s Congress, for a new mandate?” he said.

Zhang said the stronger the commitment to national security, the more room there would be for the “One Country, Two Systems” arrangement.

The Hong Kong protesters are angry with what they perceive as Beijing’s eroding of the city’s high degree of autonomy.

Beijing sees the demonstrations as a threat to its sovereignty and national security.

Zhang said the new security laws, which aim to tackle secession, subversion, terrorism and foreign interference, would only target a small group of people and would not affect Hong Kong’s freedoms or its status as a global financial hub.

The city’s main challenge was political, not economic, he said.