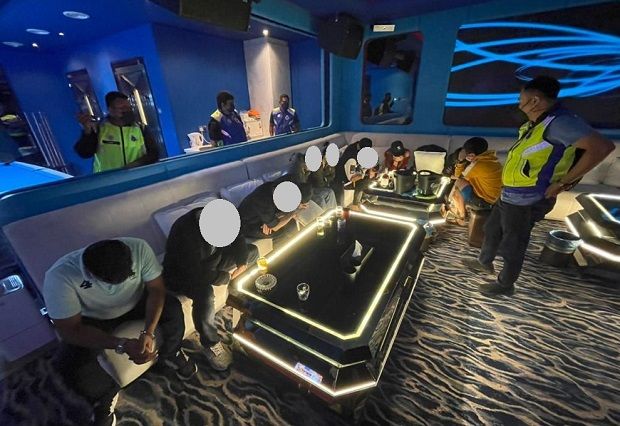 “We raided the outlets at Jalan Raja Chulan and Jalan Bukit Bintang.

“In the first raid, we detained seven men, two of them foreigners, and five women, aged between 18 and 45 years old,” he said in a statement.

He said police issued RM1,000 compound notices to 10 people including the manager of the outlet.

“We also arrested the two foreign men to assist in investigations into SOP violations as well as Immigration Act violations.

“We advise the public to comply with the SOP set by the National Security Council.

“We will continue to conduct operations and checks on entertainment outlet activities which are currently not allowed under Phase Four of the National Recovery Plan,” he said, adding that police would take stern action against anyone who intentionally violates SOP.