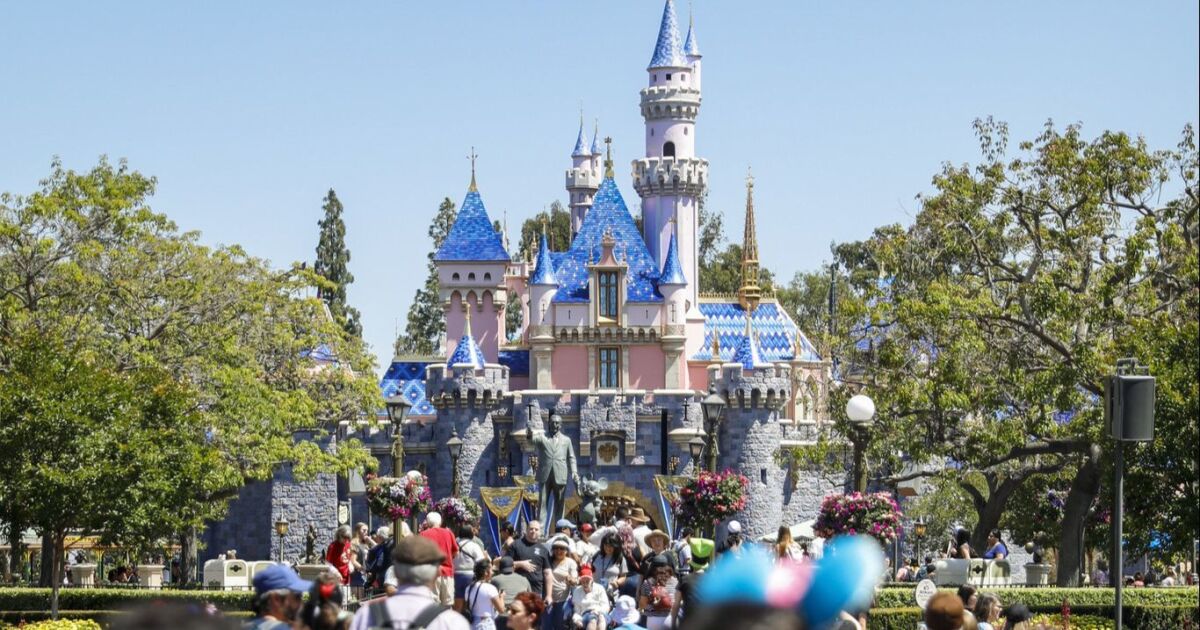 The Disneyland and Disney California Adventure theme parks, closed for nearly a year because of the COVID-19 pandemic, are ending their annual pass program as we know it.

The popular multitiered ticketing system, which shifted the culture of the two Anaheim theme parks in a way that it became a daily, weekly or monthly hangout for many Southern Californians, is being axed. The annual pass program will eventually be replaced with new membership offerings, Disneyland Resort President Ken Potrock told reporters Thursday.

Potrock offered no timeline for the future offerings, citing the unpredictability of the current environment. The surge of COVID-19 cases gripping Southern California prevents theme parks from knowing when they will reopen or what restrictions they’ll face once they do.

In ending the annual pass program — refunds will be given automatically to those who paid for days beyond the parks’ closure last March — Walt Disney Co. is looking ahead to operating the parks at a reduced, reservation-only capacity when California lets them reopen.

But the move hits the parks’ most dedicated and loyal fans with uncertainty. Although Disney does not release attendance figures, the annual pass program has long been believed to hover around 1 million. Those fans who have been wanting and expecting a “Disneyland fix” now face the prospect of no longer being given priority access when the park reopens, and holding their breath to see how the reimagined membership program will look.

A replacement for the annual pass program is not expected to be implemented until the pandemic recedes enough for Disneyland Resort to welcome guests at or near its pre-coronavirus levels of attendance. Potrock said that, long-term, he believed this move would be a “silver lining” of the pandemic for Disney — an opportunity to shape a program better suited to many of Disneyland’s fans, whose financial circumstances may have changed recently, while also potentially having more flexible tiers for those who don’t necessarily consider themselves park regulars.

The change will not affect Florida’s Walt Disney World resort, but visitors who hold a “premier”-tier pass, which grants entry to parks on both coasts, are to lose their California park admission benefits and receive refunds if applicable.

Those who held an annual pass that was active after the park’s closure March 14 of last year will continue to receive food and beverage discounts for the foreseeable future at the Downtown Disney restaurant and shopping area adjacent to the Anaheim parks and at California Adventure’s Buena Vista Street. In hopes of encouraging current passholders to continue to visit Downtown Disney restaurants, they will also be granted a 30% discount on select merchandise from certain stores on Mondays through Thursdays through Feb. 25.

Thursday’s move echoes that of Toyko Disneyland, operated by Oriental Land Co., which ended its annual pass program in October.

For much of 2020, Disneyland executives, along with California’s other theme park operators, pressured Gov. Gavin Newsom to let the parks reopen. But in the fall, Newsom issued guidelines that tied the reopening of the parks to the infection rates and number of COVID-19 cases per 100,000 residents in the counties that are home to the parks, as well as to an equity benchmark. Disney laid off or furloughed more than 100,000 workers last year, in some cases blaming California’s pandemic safety rules.

Although Disney parks in some parts of the world have reopened, the pandemic has hit the company’s parks segment hard. In its most recent fiscal year, which ended Oct. 3, the segment posted an $81-million operating loss, compared with $6.76 billion in operating income the year before.

Disneyland’s reopening probably remains several months away. The timing depends in part on local residents’ ability to exercise precautions that slow the spread of the coronavirus and on the speed of vaccine distribution. Many of those vaccinations will take place in one of Disneyland’s parking lots, which this week was set up as Orange County’s first “super” vaccination site.

Disneyland had been tinkering with its annual pass program in recent years in an effort to satisfy demand without hitting the parks’ capacity limits too much.

In 2019, for instance, the resort added a $599 Flex Pass that allowed admission on traditionally lower-demand days and required that passholders make reservations in advance at other times. Annual passes specifically for Disneyland and Disney California Adventure were priced as high as $1,399 for the Signature Plus tier, which allowed park access every day of the year.