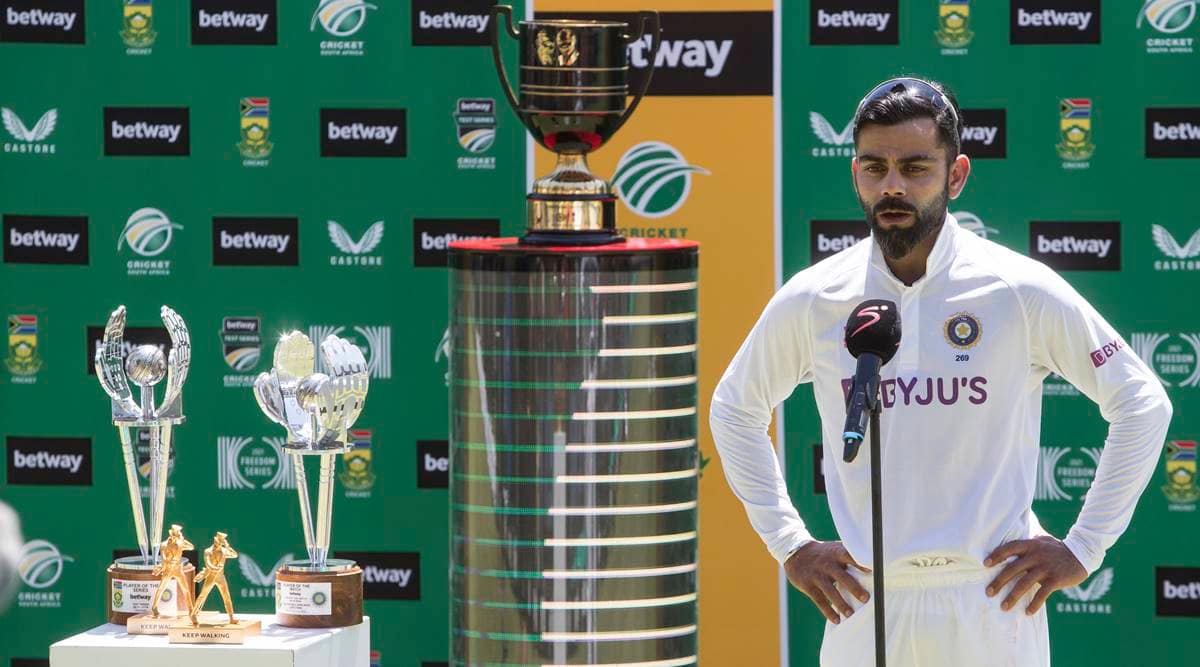 The siege mentality was absent. The customary swagger was missing. Seldom has Virat Kohli looked so downbeat at a press conference. As a captain, he has lost Tests and series before. But Kohli never looked defeated. The post-match presser following India’s series loss to South Africa was different.

Sample this: The Indian Test captain was asked if his back spasms that forced him to miss the second Test at Johannesburg, had been the turning point of the series. “I played the third Test and by that token we should have won this game. So there’s no guarantee and in sport, you will have niggles and injuries. I can’t single out one particular thing as the turning point. South Africa played good cricket and if we had given them bigger fourth innings totals to chase, we could have put more pressure on them.” Kohli said.

Then this: He was asked about the transition and changes in the team. “No sir, I can’t tell you anything at this moment,” Kohli shouldered arms.

The Indian players, including Kohli, made their displeasure heard on stump mic after the controversial DRS call on the third day, which gave South African captain Dean Elgar an LBW reprieve.

Once again, the skipper chose deadpan defence rather than a flowing drive and even a question on whether the players got a bit carried away in their reaction couldn’t spur him on. “I have no comment to make on either. We understood what happened on the field and people on the outside don’t know exactly what goes on onto the field. So for me to try and justify what we did on the field and say we got carried away is all… If we had got charged up and picked up three wickets, then that would have probably been the moment that changed the game.”

Kohli revels in siege mentality. Usually it becomes ‘us against the world’ when India lose a game under his charge. Not many moons ago, after India’s Test defeat to England at Headingley last summer, Kohli took to sarcasm and lauded a reporter for asking a cricket question, unhappy with the inquest that came before. He was the master of the show then.

About Cheteshwar Pujara and Ajinkya Rahane’s future, he put the ball in the selectors’ court. “Obviously the batting has let us down in the last two games I would say, when we needed to kind of step up. And there’s no running away from that. (About Pujara and Rahane) honestly I cannot sit here and talk about what’s going to happen in the future. That’s not for me to sit here and discuss.”

The captain didn’t ditch his beleaguered team-mates. “As I have said before and I will say again, we have continued to back Cheteshwar and Ajinkya because of the kind of players they are, what they have done in Test cricket for India over the years, playing crucial knocks in the second Test as well. You saw that partnership in the second innings, which got us to a total which we could fight for.”