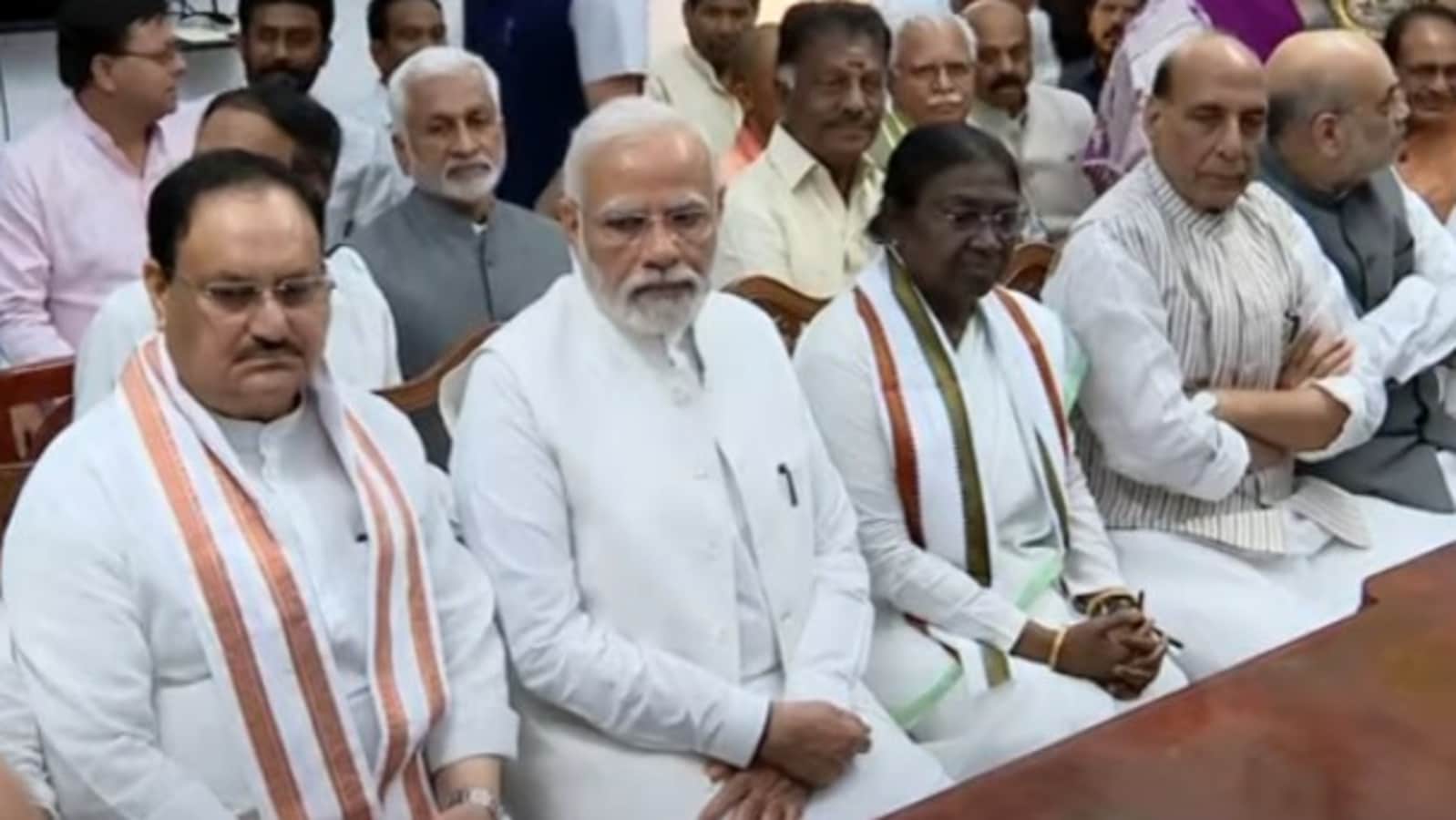 Presidential polls: Droupadi Murmu, who belongs to the Santhal tribe from Odisha, has been pitted against opposition’s candidate Yashwant Sinha.

Droupadi Murmu, who belongs to the Santhal tribe from Odisha, has been pitted against opposition’s candidate Yashwant Sinha. The NDA nominee is set for a comfortable win as parties like Naveen Patnaik’s Biju Janata Dal and Jagan Mohan Reddy’s YSR Congress have backed the former Jharkhand governor.

On Thursday, Prime Minister Narendra Modi met Droupadi Murmu in the capital. The prime minister said her presidential nomination has been appreciated across India by all sections of the society.

“Met Smt. Droupadi Murmu Ji. Her Presidential nomination has been appreciated across India by all sections of society. Her understanding of grassroots problems and vision for India’s development is outstanding,” the prime minister tweeted.

The Bharatiya Janata Party on June 21 announced Murmu as the NDA candidate for the presidential polls. The announcement was made by BJP president JP Nadda after the party parliamentary meet chaired by Prime Minister Narendra Modi.

The 64-year-old tribal leader served as minister during the BJP-BJD coalition government between 2000 and 2004. She also served as Jharkhand governor between 2015 and 2021.

The presidential polls will be held on July 18 and the counting of votes will take place on July 21. The new president will be sworn in on July 25.