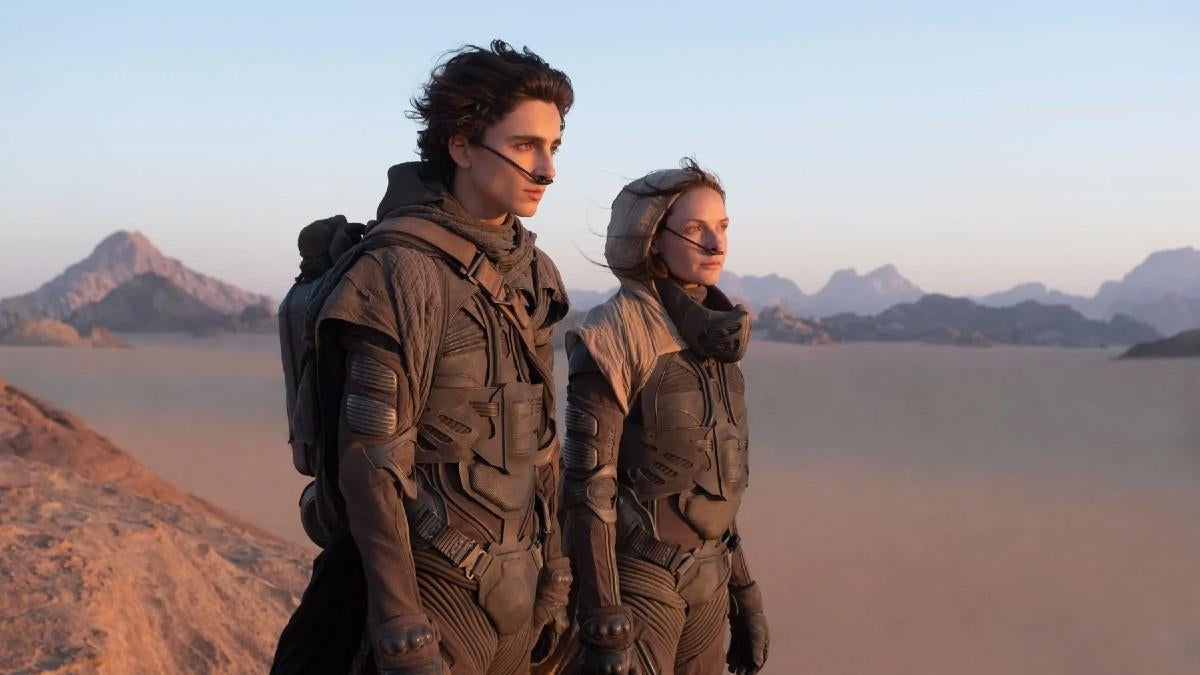 Warner Bros. Pictures released Dune last fall simultaneously via their HBO Max streaming service and in theaters. The film was received well by fans and critics alike, so a sequel was given the green light. Denis Villeneuve is set to return along with most of the cast, and a bunch of newcomers to the franchise have already been announced. Austin Butler is set to join the film as well as Florence Pugh in key roles, but the most important news about the franchise has just been revealed. According to a new interview from IBC, Dune: Part Two may use some major technology from The Mandalorian.

“I developed the Mandalorian technology for [season 1] and departed as per my contract after shooting three episodes,” Dune and The Mandalorian Cinematographer Greg Fraser told the site. “The reality was that at that time the tech was still in its infancy. It was just ready for primetime but it wasn’t widely available. Now we might make a different decision.”

“For the next Dune, who knows, maybe if we can mix and match shooting volume with real-world scenarios, the whole system becomes even more powerful,” he revealed, before saying the volume in cinematography is “all or nothing” in his eyes.

The latest Star Wars series to be released that used the same technology from The Mandalorian is Obi-Wan Kenobi. The series is the first time Ewan McGregor and Hayden Christensen reprise their iconic Star Wars roles since Star Wars: Revenge of the Sith. McGregor’s titular Jedi will take on Christensen’s Darth Vader for what’s technically the first time, and in a recent interview with Total Film it seems that the star thought the encounter was terrifying.

“I’ve never met Darth Vader,” McGregor told the magazine, which features the star as Kenobi on its latest cover. “I had rehearsed the scene with Vader, but not with the helmet on or anything like that. When we came to do the scene, when they shouted ‘action’, he had to come from behind me. I turned around, and fucking Darth Vader was coming at me. It was like I was six again. I’d never acted into Vader’s helmet. I’d never looked him in the eye.”

“It scared the shit out of me,” the Obi-Wan Kenobi actor added. “I’m not joking. It gave me a proper jolt of absolute fear. I was like, ‘Oh my God, that’s not acting. That’s real. I’m really, truly frightened right now.’ And the same thing would happen with the Stormtroopers. I’d worked with Clone troopers before, but so many of them were CGI. I never worked with Stormtroopers, and, again, I was like seven years old again. Because when you’re actually faced with a Stormtrooper, with a blaster, it’s like: ‘Fucking hell.’ It’s like actual childhood memories of being scared. That’s how deeply it’s in us. I’ve acted for 30 years, and I’ve never been genuinely frightened when I’m acting frightened… But I had moments on this that were genuinely quite scary. It’s so funny.”

Lucasfilm and the streaming service describe the series as follows: “During the reign of the Galactic Empire, former Jedi Master Obi-Wan Kenobi embarks on a crucial mission. Kenobi must confront allies turned enemies and face the wrath of the Empire.”

What do you think about the news? Let us know your thoughts in the comments section below or by hitting our writer up @NateBrail on Twitter!