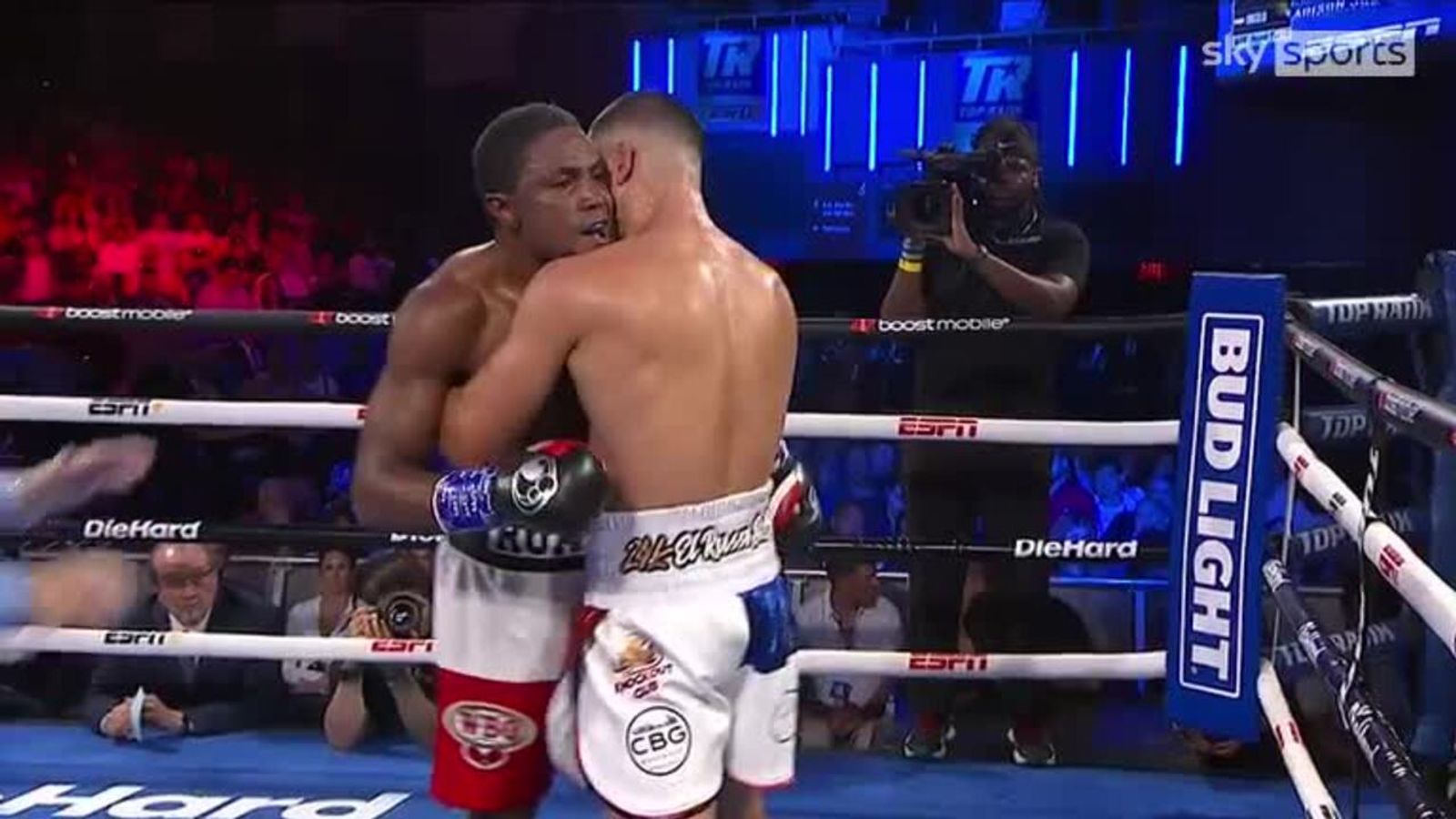 Super-middleweight Edgar Berlanga has been suspended for six months and fined $10,000 for attempting to bite opponent Roamer Alexis Angulo during their bout earlier this month, according to reports.

The 25-year-old tried to bite Angulo on the left shoulder while they were in a clinch during the seventh round of the NABO super-middleweight title match, but referee Ricky Gonzalez did not see the incident at the time.

Berlanga joked afterwards, “I was about to do a Mike Tyson on him,” referencing when Tyson bit Evander Holyfield’s ear back in 2007.

“He knows better and he’s got a lot of people counselling him that know better and, hopefully, he will learn a lesson.

“To make light of it and brag about it is what got him in trouble. He made it worse by making fun of it. When the time comes, we’ll sit down and talk with (his team) about what to do next.”

Berlanga apologised on Twitter the day after the fight, saying: “I want to apologize for my actions and what I said about the Mike Tyson bite.

“I was in the moment and got a little ahead of myself. It doesn’t take away from the embarrassment that I have caused upon myself, my team, Top Rank, and many others.

“I reacted poorly and take full responsibility. Moving forward, I am going to be more mindful and encouraging in my behavior. Once again, I do apologize.”