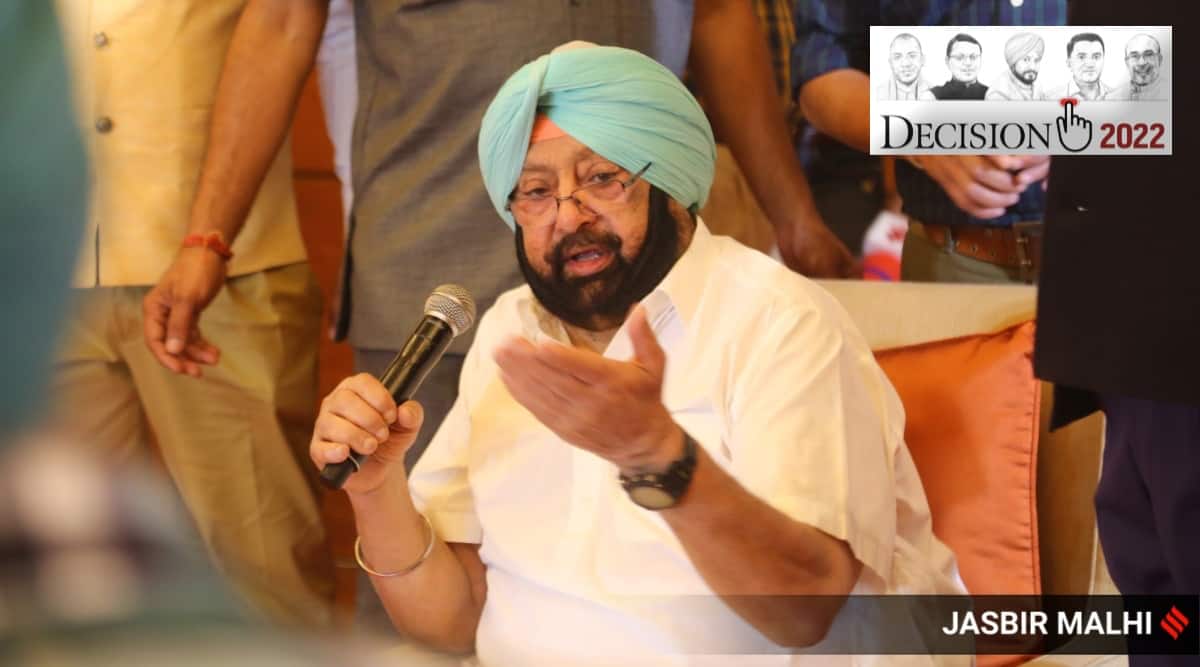 On the face of it, Bhagwant Singh Mann, the newly anointed chief minister face of the Aam Aadmi Party in Punjab, is your quintessential aam aadmi, complete with the turban sitting a little askew on his head, the razor sharp wit directed always at the ruling dispensation, and the bluster. Be it in a village, a dhaba or a Punjab Roadways bus, you are sure to encounter someone like him.

But Mann is no common man. From a celebrated comedian to a parliamentarian and now the CM face of a party that is among the contenders to win Punjab, the 48-year-old has seen one success after the other. Mann was 38 when he joined the People’s Party of Punjab (PPP), an experiment to “cleanse politics” by Manpreet Badal, the estranged cousin of current Akali Dal president Sukhbir Singh Badal; and 41 when he won his maiden Lok Sabha election in 2014 with a record margin against Akali stalwart S S Dhindsa from Sangrur, a seat he bagged again in 2019.

Even by the standards of Punjab’s colourful politics, a TV channel debate on January 20 evening left many red faces. Full of cuss words and wild allegations, it involved not two rival parties but leaders of the Congress on both sides, slugging it out over the same ticket.

Battered and bruised by long in-fighting, the Congress has chosen not to respond to this particular episode. However, the wound is likely to bleed, as its leader who has gone rogue is Cabinet minister Rana Gurjit Singh, also known as one of Punjab’s richest MLAs and close to rebel Amarinder Singh.

Not caring much for niceties, Rana Gurjit has been campaigning for his son Rana Inder Pratap Singh, who is fighting as an Independent from Sultanpur Lodhi in Kapurthala after the Congress refused to give him the ticket instead of its sitting two-time MLA. Rana Gurjit is himself the Congress candidate from adjoining Kapurthala (a seat he has won three times), and the refusal to his son was part of the party’s policy to not field more than one member of a family (even Chief Minister Charanjit Singh Channi’s brother was denied, Congress leaders point out).