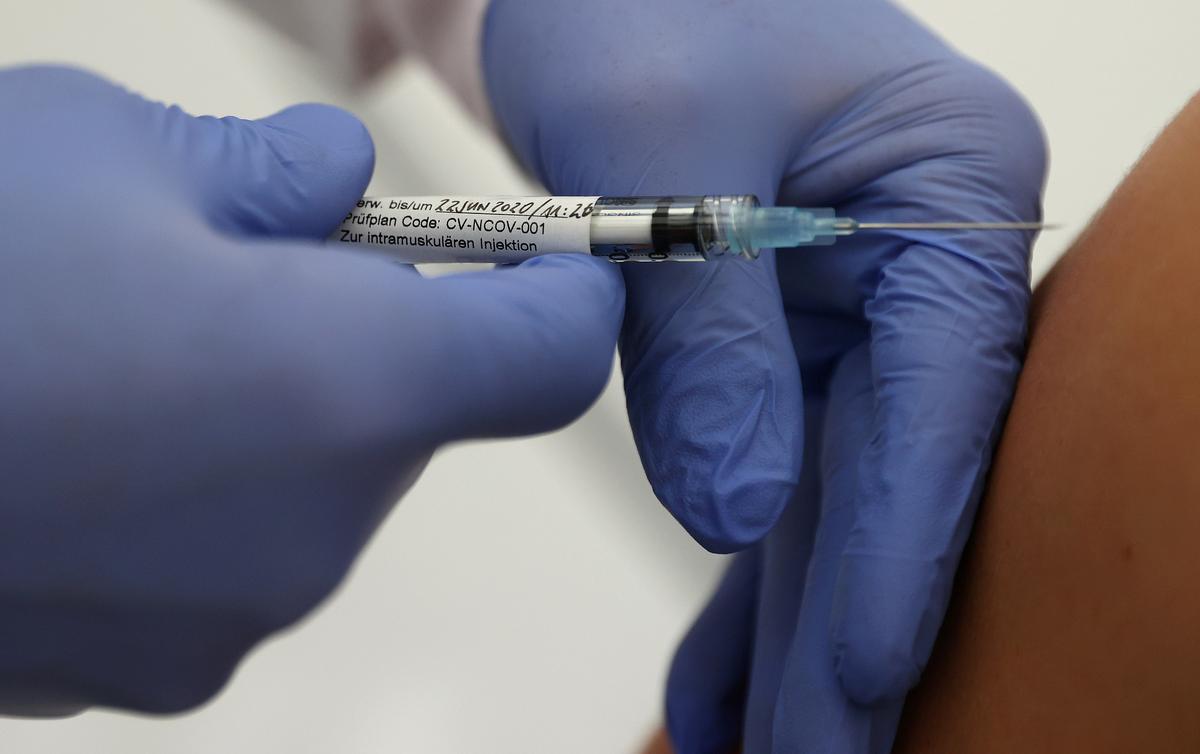 FILE PHOTO: Professor Gottfried Kremsner injects a vaccination against the coronavirus disease (COVID-19) from German biotechnology company CureVac to a volunteer at the start of a clinical test series at his tropical institute of the university clinic in Tuebingen, Germany, June 22, 2020. REUTERS/Kai Pfaffenbach/File Photo

GENEVA (Reuters) – The emergency authorisation of COVID-19 vaccines requires a “great deal of seriousness and reflection”, the World Health Organization said on Monday after the United States announced it was considering fast-tracking candidate drugs.

Although every country had the right to approve drugs without completing full trials, “it is not something that you do very lightly”, WHO chief scientist Soumya Swaminathan told a news conference.

The head of the U.S. Food and Drug Administration said he would be willing to bypass the normal approval process to authorise a COVID-19 vaccine as long as officials were convinced the benefits outweigh the risks.

Russia has already granted regulatory approval to a COVID-19 vaccine this month after less than two months of human testing, prompting some Western experts to question its safety and efficacy.

The WHO’s preferred approach would be to have a full set of data which could be used for the pre-qualification of vaccines, Swaminathan said. The WHO would then consider the efficacy and safety of each drug on a case by case basis, she added.

The WHO has used experimental drugs to combat Ebola in Africa, a measure which proved successful, Mike Ryan, the head of the organisation’s emergencies programme, said.

But he stressed that a fast-track approach without full trials required intensive monitoring and safety follow-up work, and should be halted immediately if problems occur.

“If you move too quickly to vaccinate … millions of people, you may miss certain adverse effects,” Ryan said.