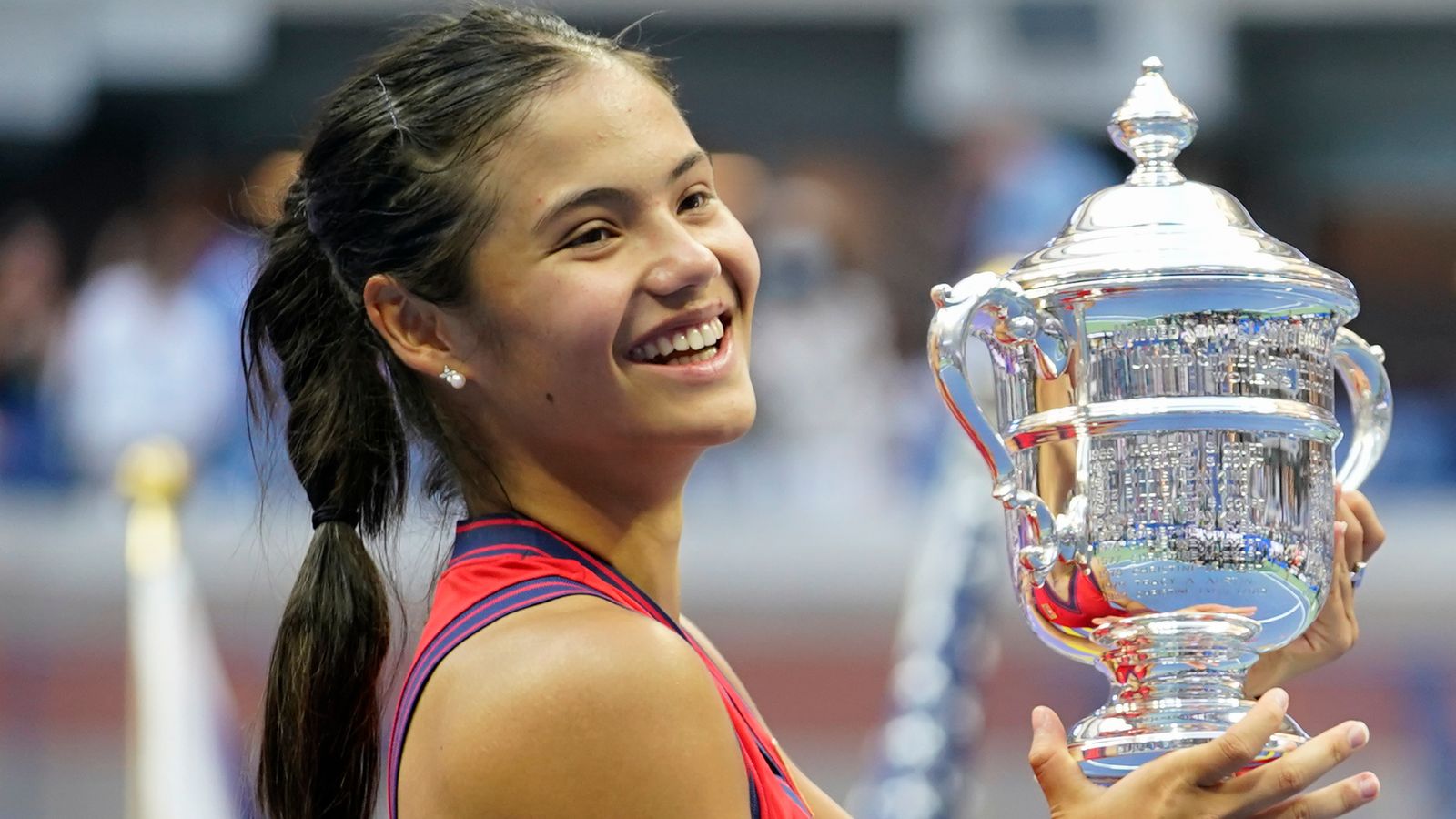 From Emma Raducanu’s US Open triumph and Cameron Norrie’s meteoric rise up the rankings to Andy Murray’s comeback, it’s been quite a year for British tennis, lifting a nation which had been down in the dumps due to the coronavirus pandemic; Johanna Konta retired from sport

Britain has a new golden girl and her name is Emma Raducanu.

One minute she was preparing to sit A-Levels in economics and maths, and the next, the then 18-year-old from Bromley, Kent was lifting the US Open trophy and collecting a cheque for £1.8 m.

Raducanu won 10 matches at Flushing Meadows, all in straight sets, to become the first qualifier to make it all the way to a Grand Slam title and the first British woman to win a major since Virginia Wade’s famous 1977 Wimbledon success.

Her stunning 6-4 6-3 victory over Leylah Fernandez in the final earned a spot on the red carpet at New York’s fashionable Met Gala and a place in the nation’s heart forever. Quite a fairytale!

Raducanu was a rookie who had never so much as won a WTA Tour match, and who played her first major tournament only a couple of months earlier at Wimbledon.

It was at the All England Club that Raducanu showed the British public and the tennis world what a special talent she is, reaching the fourth round before she was forced to withdraw due to breathing difficulties against Ajla Tomljanovic.

Ranked 343 at the start of 2021, Raducanu finished the year as only the fifth British woman to make it into the world’s top 20 despite playing in just 10 tournaments.

Her preparation for the Australian Open did not begin in the best of circumstances after she contracted COVID-19 in Abu Dhabi, but she was in high spirits when collecting the BBC Sports Personality of the Year award while in isolation.

What about her chances of more Grand Slam glory in 2022? Well, Raducanu has appointed an experienced and nurturing coach in German Torben Beltz and is focused on catching up physically to her peers as she prepares for her first full season in the sport.

Whether she goes on to win more titles next season or in the future remains to be seen but Raducanu has changed the landscape of British tennis and there could be a very exciting decade to come.

Wow…that was some year🤯 2 pics to sum up my 2021 season🩸💧I want to say thank you & that I’m extremely grateful for your generous support. I’ve learnt many things at a fast pace on this incredible journey but all I can say is that I’m very excited & motivated for my next steps pic.twitter.com/SYgGccOx89

Raducanu was not the only British tennis success story in 2021 with Cameron Norrie rocketing from outside the top 70 to the verge of the top 10 after claiming the biggest win of his career to collect the Indian Wells title.

Dan Evans established himself in the top 30 and defeated Novak Djokovic on clay, and although three-time Grand Slam champion Andy Murray ended the season ranked No 134, he will take heart after playing in eight consecutive tournaments following his US Open exit.

He has already shown positive signs ahead of the new season with a comprehensive win over British rival Evans and Rafael Nadal at the Mubadala Tennis Championship in Abu Dhabi where he was training under German coach Jan De Witt having parted ways with Jamie Delgado after over five years service.

It was the end of the road, meanwhile, for Britain’s best female player of the last 30 years, with Johanna Konta bowing out at the age of 30 saying she no longer had the desire to invest everything necessary into the sport.

Novak Djokovic remains a man on a mission in men’s tennis after coming agonisingly close to becoming the first man since Rod Laver to win a calendar Grand Slam.

With Federer and Nadal both hampered by injury, Daniil Medvedev is the latest name to join the ranks of Grand Slam champions.

There are many questions heading into 2022, not least what impact vaccine mandates will have and how the sport tackles the issue of China moving forward.

It looks set to be another fascinating year on and off court.

Best of British in the Open era

In an era where Roger Federer, Rafael Nadal and Novak Djokovic dominated and dazzled, Murray’s three Grand Slam triumphs, two Olympic golds and unforgettable rise to No 1 in the world in 2016 should not be glossed over. The Scot’s major haul would surely have been higher had he not had the misfortune to be contemporary rivals to that all-conquering trio, who repeatedly admonished those who sought to cast him out of tennis’ ‘Big Four’.

In a career that started towards the end of the amateur era and stretched well into the Open era, Wade matched Murray’s number of Grand Slam successes and won 55 WTA titles in all as well as reaching a peak of world No 2 in the mid-1970s. Her crowning moment came at Wimbledon in 1977, the tournament’s centenary year. Wade also won four Grand Slam doubles titles alongside Margaret Court.

Her 1976 French Open triumph came shortly after her 20th birthday and was thought to be the start of a glittering career. Semi-final appearances at Wimbledon and the Australian Open elevated her ranking to a peak of third in the world in 1977 before injuries gradually took their toll thereafter. However, a record of 15 singles titles and 12 in doubles is still a fine achievement.

The big-serving left-hander wrestled with Tim Henman for British superiority before Murray came along and places higher than his rival because of his 1997 US Open final appearance as well as winning four more singles titles (15 to Henman’s 11). However, Canadian-born Rusedski’s overall record in the major tournaments was undistinguished for a player who climbed as high as fourth in the rankings, reaching only one other quarter-final.

His near misses at Wimbledon, where he reached the semi-finals on four separate occasions without progressing further, earned him a legion of fans while ‘Henman Hill’ is still referred to as such despite his retirement more than a decade ago. Henman was more than a plucky have-a-go hero, though, and also reached the semi-finals of the French Open and US Open, was ranked fourth at one point and boasted wins over a number of all-time greats.