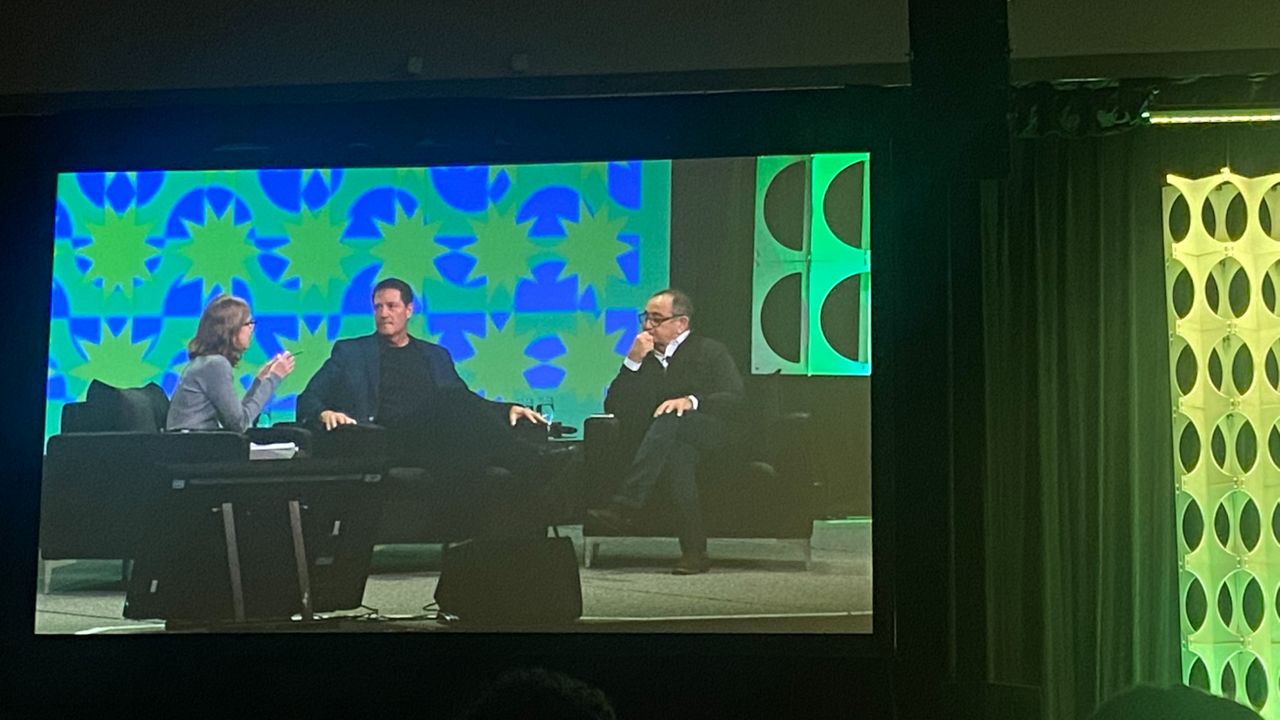 AUSTIN, Texas — Streaming platforms have garnered a huge audience over the past few years, especially during the pandemic. As technology advances and new media platforms develop, staying on top of trends, patterns and data becomes important. Candle Media CEO Kevin Mayer on Tuesday joined MediaLink founder Michael Kassan in a conversation on the SXSW stage to talk about the future of the media landscape.

“When you have the goods the streamers need, you have some leverage,” Mayer said

Mayer cites the popular cartoon “CoComelon” as an example. According to the current owner of Moonbug Entertainment, Mayer said “CoComelon” was the second-most streamed TV show on Netflix last year. The show started out on YouTube and the episodes are the videos strung together. It was then sold to Netflix for a licensing fee.

“[It was] a huge win for them and huge win for us, and it’s still on YouTube,” said Mayer. “If you have the goods and the finished products, you can get the deal you want.”

Kassan added that now is a time when independents have leverage.

“Producers don’t have to go to the streamers now. Streamers are coming to the producers,” he said.

A couple months before COVID hit, Mayer, who is the former chairman of Walt Disney direct-to-consumer and international division, helped launch Disney+. He had previous experience launching ESPN+ and leading Hulu after it was largely acquired by Disney.

“[We] launched Hulu to do better on new devices, with more pleasant experiences. It is linear TV with 24/7 streaming channels. We thought it’d hopefully offset the down set of paid content,” said Mayer.

However, Mayer predicts that the only people that will soon be served by paid TV are sports fans.

“My fear is that it will continue to decline until you only have sports fans. The only thing that needs to be delivered on a time basis is sports and news. There’s no point in having a linear channel for entertainment,” Mayer said.

Kassan said that it is important to think about the present and long-term consequences.

“Those are rooms you want to understand the dynamic of in order to make a decision. The short-term versus the long-term decision is really hard to make,” he said.

Citing advancing technology and new media platforms that have developed in recent years, both Kassan and Mayer agree that social media and the talent are what also bring in the dollars.

“Talent today understands that their association with brands is more than being the spokesperson. The association of celebrity with brands is no different than product placement on steroids,” said Kassan. “Talent is really moving up the food chain. We do it scientifically.”

United Talent Agency, or UTA, which bought up Kassan’s MediaLink, has tools to extract data on how successful a celebrity may be in their next media opportunity. But at the end of the day, it’s the real lives of the celebrities that creates a draw.

“If you’re not authentic in this market, you’re dead. Purpose – you have to demonstrate it. If it’s not authentic, the [expletive] detector is too high right now. People just know,” said Kassan.

In a time of uncertainty, Kassan says the data to recruit talent is what matters most.

“The Great Resignation is real. Talent is impossible to find across the industry. Today we’re looking for people who can understand the data,” said Kassan. “Our industry pivots on five words right now: trust, transparency, technology, transformation and talent.”