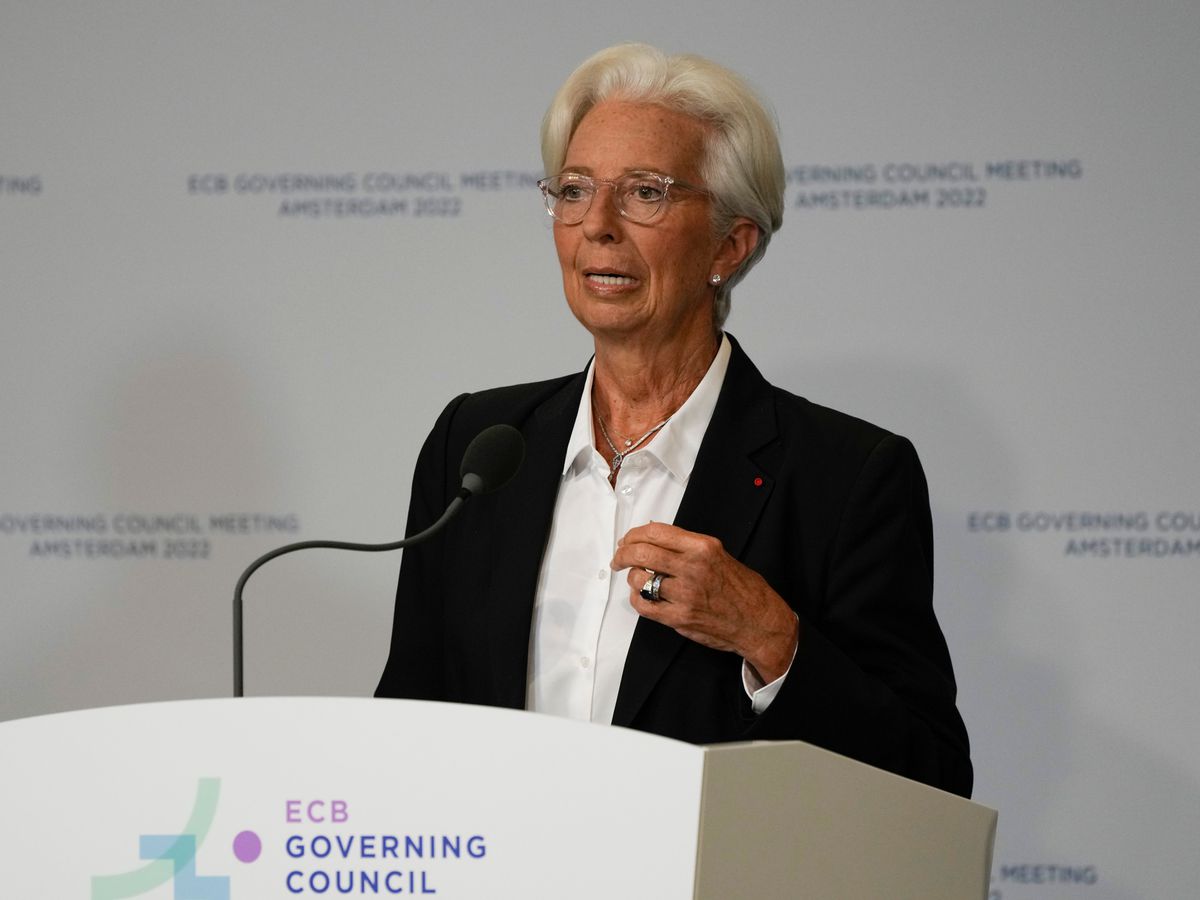 The European Central Bank (ECB) has vowed to create an unspecified market backstop that could be used to buffer some countries against bond market turmoil similar to what shook the 19-country eurozone during a debt crisis more than a decade ago.

The statement came after an unscheduled meeting of the bank’s governing council and aims to address a sell-off in Italian and Spanish government debt in the wake of the bank’s decision to start raising interest rates in July for the first time in 11 years.

ECB bond purchases and record low interest rates have kept borrowing costs low for businesses and governments. But those measures are coming to an end as the bank pivots to deal with record inflation of 8.1%.

The bank last week announced the interest rate hikes in July and September to cool rising prices but did not offer a specific measure to halt market turbulence involving suddenly higher borrowing costs for the more indebted EU member countries, such as Italy.

Instead, it said it would remain vigilant against “fragmentation”, or excessively high borrowing costs plaguing one part of the currency union and not another. It is one of the complications that go with having one currency and central bank for 19 separate countries.

The spreads for Italian and Spanish debt over safe German government debt – a key fear index for the 19-country eurozone – have risen since the rate hike announcement.

The ECB has a bond-market backstop in which it could step in and buy the debt of a troubled country.

That tool helped calm the 2010-2012 debt crisis after the bank announced it in the wake of then-president Mario Draghi’s promise to do “whatever it takes” to keep the eurozone from breaking up.

But that programme, which never actually had to be used, can come with tough conditions for reform and governments may be reluctant to turn to it.

Holger Schmieding, chief economist at Berenberg bank, said the “situation today is different from the euro crisis a little more than a decade ago” because countries have improved growth prospects and the ECB has the bond-market backstop in its back pocket if needed.

Current conditions “should not present an imminent risk even for fiscally challenged Italy,” he said.

A top ECB official, Isabel Schnabel, tried to calm market concerns on Tuesday, saying the bank “will not tolerate” unjustified market rate increases. But she did not outline how the ECB would do that, stressing the bank’s track record of intervening when needed.

“Our commitment to the euro is our anti-fragmentation tool,” she said in a speech at Paris’ Sorbonne University. “This commitment has no limits. And our track record of stepping in when needed backs up this commitment.”

Interest yields on Italy’s 10-year government bonds have risen from around 1.2% at the start of the year to 4.1% on Wednesday. The ECB’s pandemic support programmes, including 1.7 trillion euros of bond purchases, helped keep government borrowing costs low across the eurozone.

That programme, however, came to an end in March, and markets are now looking at increases in interest rates from record low levels.