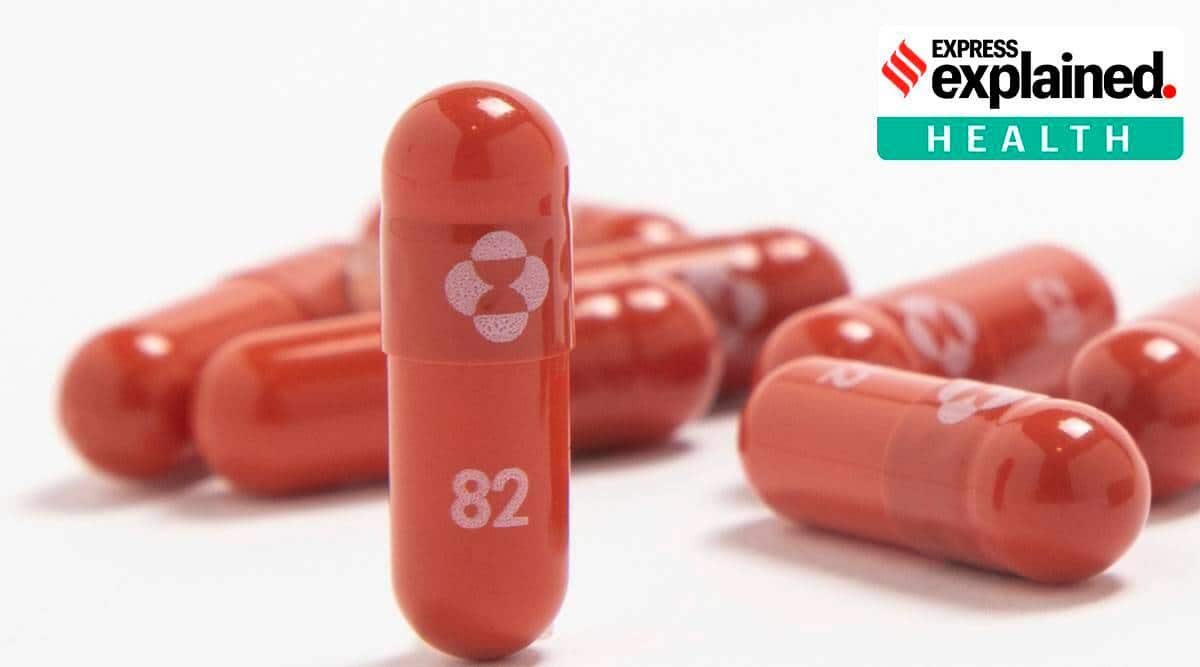 India has cleared the pill molnupiravir for treating Covid-19 patients, and the vaccines Corbevax and Covovax. The Indian Express looks at the science behind these, and their performance.

THE VACCINE: Corbevax, manufactured by Hyderabad-based Biological E, is a protein subunit vaccine, which means that instead of the whole virus, it uses fragments of it to trigger an immune response. In this case, the subunit vaccine contains a harmless S protein. Once the immune system recognises the protein, it produced antibodies to fight a real infection when it happens.

The antigenic parts of the virus have been developed by Texas Children’s Hospital Centre for Vaccine Development and in-licensed from BCM (Baylor College of Medicine) Ventures. Biological E plans to begin production at 75 million doses per month, and anticipates reaching 100+ million doses per month from February.

EFFICACY: Biological E has completed Phase III trials on more than 3,000 subjects at 33 study sites across India. It says neutralising antibody titres against Delta strain “indicates a vaccine effectiveness of >80 percent for the prevention of symptomatic infections based on published studies”.

It has also conducted Phase III active comparator clinical trials to evaluate if this vaccine is superior to Covishield. “In the pivotal Phase III study conducted with an endpoint of immunogenic superiority, CORBEVAX demonstrated superior immune response in comparison with COVISHIELD vaccine when assessed for Neutralizing Antibody (nAb) Geometric Mean Titers (GMT) against the Ancestral-Wuhan strain and the globally dominant Delta variant,” the company said.

THE DRUG: Molnupiravir, developed in collaboration by US firms Ridgeback Biotherapeutics and Merck, initially to treat influenza, is a repurposed oral antiviral candidate to treat Covid patients. It has been cleared for the treatment of adult patients with Covid-19 “who have a high risk of progression of the disease”. It works by introducing errors into the virus’s genetic code, which prevents replication. Molnupiravir comes in 200 mg pills; the recommendation in India is for 800 mg twice daily for 5 days.

It will be manufactured by 13 Indian drug makers: Dr Reddy’s, Natco, MSN, Hetero, Optimus, Aurobindo, Mylan, Cipla, Sun Pharma, Torrent, BDR, Stride, and Pune-based Emcure. Sun Pharma has announced it is likely to be available in a week’s time.

EFFICACY: The drug regulator of the UK cleared molnupiravir on December 4 as it has been found “safe and effective”. The US (clearance on December 23) did not authorise it for use for longer than five consecutive days, or in patients younger than 18 as it may affect bone and cartilage growth.

Explained | What is Molnupiravir, the Covid-19 pill approved by India?

In India, the recommendation is for treatment of adult Covid patients with oxygen level over 93%, and who have a high risk of progression of the disease, and that the drug be sold by retail only under prescription.

THE VACCINE: Covavax, manufactured by Serum Institute of India (SII), is also a protein subunit vaccine, but uses recombinant nanoparticle technology. It has been developed by US-based Novavax. Harmless copies of the spike protein are grown in insect cells; the protein is then extracted and assembled into virus-like nanoparticles. Novavax has used an immune-boosting compound (adjuvant). The same technology is used in HPV and the Hepatitis B vaccine.

On November 17, the Philippines FDA granted SII a licence to market the vaccine in the country. On December 20, the WHO issued Emergency Use Listing to the vaccine.

On December 2, Novavax announced that patients who got a third (6-month booster) dose of this vaccine produced “robust anti-Spike IgG responses” following a booster dose at Day 189. “Neutralization titers increased 4.3-fold overall compared to the peak response seen after the primary vaccination series,” it said. The company said it would begin testing whether antibodies from previously vaccinated individuals can neutralise the Omicron variant, with lab-based data expected in the coming weeks.