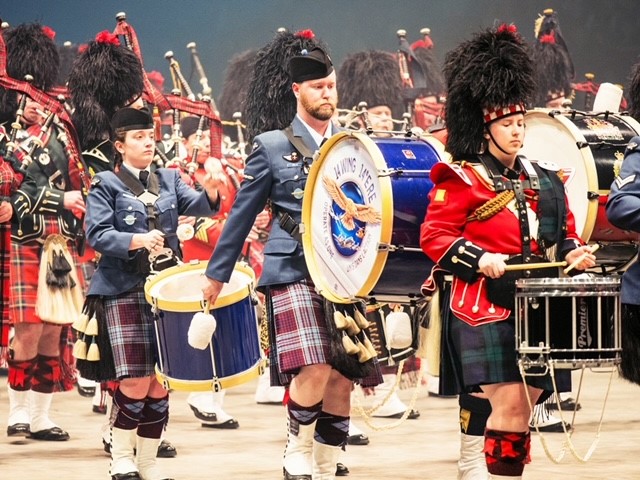 HALIFAX – The Royal Nova Scotia International Tattoo is returning to the Scotiabank Centre after being delayed by the Covid-19 pandemic.

“The Tattoo is a gigantic spectacle, it’s one of the largest [annual indoor] shows of its kind in the world,” says Managing Director and Executive Producer, Scott Long. “There’s entertainment and attractions in the show that you won’t see anywhere else in Canada.”

The Tattoo has honoured, celebrated and commemorated the contributions of the Canadian Armed Forces for more than 40 years, which carries additional meaning with Nova Scotia’s strong military history.

“Lots of Nova Scotians have served their country and there’s a lot of military families in this area, so its really important for the show to recognize the sacrifices made by the Canadian Armed Forces’ current members and our veterans, past and present,” explained Long.

The Tattoo is also a big economic driver and cultural event for the province, generating enormous restaurant and hotel business in downtown Halifax.

“It’s a significant cultural event that brings people together and produces a real positive economic impact on the province,” he said. “I think that’s more important than ever this year as we try to get people back out safely to events, get people back downtown Halifax especially,” he said.

The 2022 Tattoo cast encompasses a variety of civilian and military entertainment and music for the entire family to enjoy from The Flying Grandpas to the High Flyer RB3 circus group, with further acts to be announced.

“We’ve got a large representation from Germany this year,” said Long. “We have the German army sending over one of their one of their brass bands, [the Heeresmusikkorps Neubrandenburg] and we’ve got the Vancouver Police Pipe Band coming from the West Coast.”

The 2022 Tattoo will be held from June 25 to July 2. Tickets can be purchased online and children under the age of 18 get admission to the Tattoo with the purchase of an adult or senior ticket, making the show more affordable for entire families.

“We really want people, if they haven’t been to the Tattoo, to check it out and if they haven’t been in a while, it’s a great time to come back and support us and help us recover from the pandemic,” said Long. “We need as many people in those seats as possible to help us see our next 40 years as an event.”