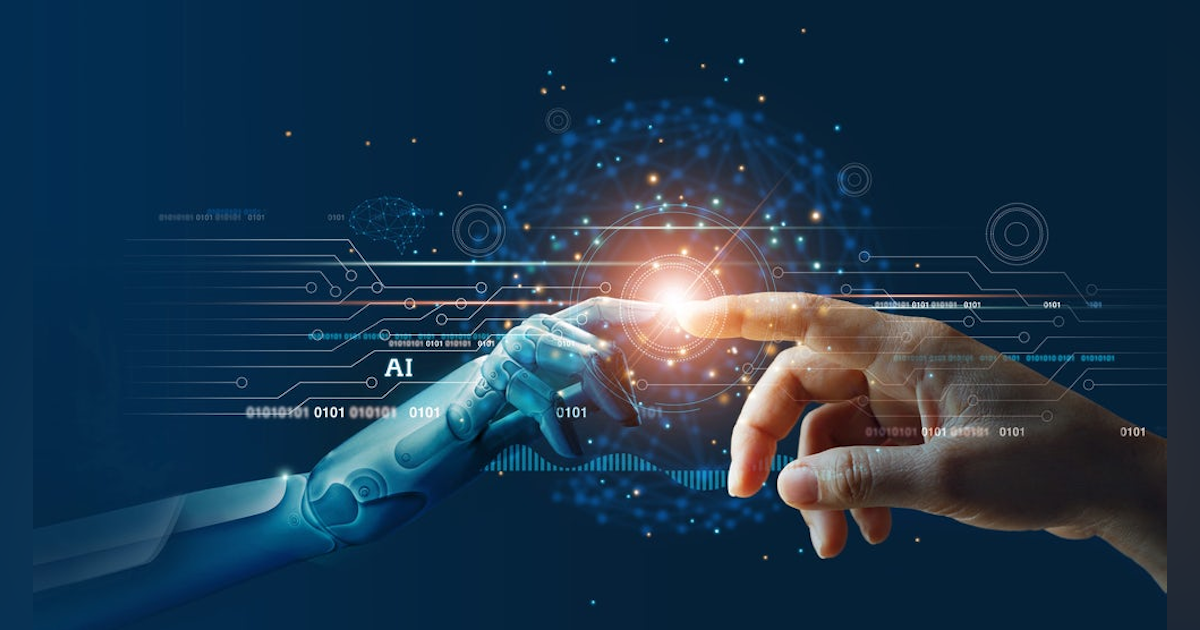 The future of freight and fleets was a big focus of FleetOwner editors and readers in 2021. Our coverage of burgeoning autonomous freight technology and how artificial intelligence is changing the trucking industry drew the most attention from readers in 2021.

In the past year, we saw self-driving trucking startups grow into publicly traded companies and move actual freight across the southern U.S. Trailer makers and other technology providers also sharpened their focus on the trailers of the future (spurred on by the impending 3G sunset) that could be pulled by humanless tractors in just a few years.

As the pandemic rolled on, we also saw cybersecurity threats increase across the country and on the transportation industry. And more fleets began making use of AI in the shop, ditching paperwork for digital technologies that help technicians and drivers increase uptime today and down the road.

Here’s a look at the most popular technology coverage on FleetOwner.com and in FleetOwner magazine in 2021:

Everything is getting smart these days: From smart kitchen appliances to smart doorbells and watches. Trucks and trailers are getting smarter, too. After spending most of the 20th century slowly implementing new technology, the trucking industry is leaning into the smarter, technology-rich 21st century. Trucking’s smarter future is safer, more efficient, and profitable because of its potential to make fleets smarter.

“A smart trailer is a trailer that really talks to you,” Nada Jiddou, EVP of Clarience Technologies and general manager of Road Ready, told FleetOwner. “It is a trailer that knows its current state. It knows its systems and its operation, health, and status at any given point in time. It is also able to communicate that to the fleet—or the operator—comprehensively with a complete data set.”

But just having telematics on a trailer doesn’t make it smart, Jim Epler, EVP of Phillips Connect, told FleetOwner. “The difference between a trailer and Class 8 truck is you can’t just plug an ECU into a trailer and it churns out all the faults,” he said. “A trailer has to be able to tell you its health without that.” Read more…

9. Trucking’s safer, self-driving future is around the corner

By the end of this decade, trucks powered by supercomputers will be hauling freight across the country on some of the safest roads in a century. Driver assistance technologies on commercial and passenger vehicles are more prevalent each year, creating the potential to reduce road crashes caused by human error. As artificial intelligence (AI) grows more powerful, there won’t be drivers operating some commercial vehicles running on major freight corridors.

The efficiency that could come with Class 8 autonomous vehicles (AVs) is nearly endless. But how safe can what equates to an 80,000-lb. robot be motoring among human-controlled vehicles on the interstate? That is a question that Ariel Wolf, general counsel for the Self-Driving Coalition, welcomes.

“The thing I try to emphasize is the baseline,” Wolf told FleetOwner. “What’s the baseline today? We’ve accepted—because we have no alternative—the level of death and destruction that occurs on the roads today. It’s just something we’ve grown accustomed to. It’s not just the 36,000, 37,000 deaths; it’s the 4 million injuries. People walk away with lifetime permanent injuries.” Read more…

8. Torc Robotics quietly developing the fleet product of the future

At a converted Dodge dealership, in the shadows of the Sandia Mountains, engineers and truck drivers are fine-tuning a product that could change the supply chain: combining advanced artificial intelligence software with the hardware of a Class 8 tractor.

Andrew Culhane, Torc Robotics’ chief strategy officer, said his company’s software, combined with Daimler Trucks’ hardware, is creating “an overall system that will empower fleets to run a fully enabled self-driving truck, hub-to-hub or within their network. That’s what we’re looking to get out here.”

Dressed in a Torc-Daimler hoodie on a chilly New Mexico morning in mid-November, Culhane spent the day with FleetOwner, showing off its testing facility here and sharing his company’s vision of a future where robotic tractors constantly run, moving freight across the U.S. A couple of years ago, Daimler Trucks acquired a majority stake in Torc Robotics, which has been developing autonomous technology for 15 years. Read more…

7. AI works best with humans, not for humans

Predictive analytics is already transforming the transportation world. Artificial intelligence (AI) and machine learning (ML) have the power to make fleets more productive and profitable. But it still takes people to get the most of these emerging technologies.

That was the overarching message of a recent Trimble in.sight virtual panel discussion on new supply chain trends and how some businesses embrace AI technology to improve efficiencies and make better decisions. Read more…

Frequent topics of conversation in the commercial vehicle industry revolve around the adoption of new vehicle technologies—the driving force behind such conversations being that spec’ing technology throughout the vehicle can help optimize performance, reduce costs, and create a more efficient operation. Though seemingly left to the wayside of such conversations is the adoption of technologies from an organization’s operational standpoint: There are technologies to incorporate in a fleet’s organization that go beyond vehicle specification which can impact the way those interacting with the vehicles carry out their responsibilities.

Driver vehicle inspection reports (DVIRs) are one such example. Abandoning the pencil and paper method of yesteryear and incorporating a digital platform to execute such a process can reveal profound efficiencies for a fleet’s organization across multiple departments. Read more…

If ever there were a real-world example of Murphy’s Law in the supply chain, it may be most evident in the current challenges with access to semiconductors.

Predominantly known for use in consumer electronics, semiconductors—often referred to as microchips, or chips—are built into everything from iPads and PlayStation 5 video game consoles to household appliances. Semiconductors, also used more readily and frequently for various systems on late model cars and trucks, are the technological wonder responsible for numerous vehicle technology systems ranging from onboard computers to LED dashboard displays. Read more…

4. The next pandemic: Cybercrime

Cybersecurity is like the COVID-19 virus, according to CarriersEdge CEO Jane Jazrawy. “If you’re not protecting yourself, you can get it. You won’t know it right away, and it’s going to be really detrimental when it happens. You’ll wish you could turn back the clock—but you can’t,” she said.

COVID-19 isn’t the only pandemic the world will face this decade, stated Christopher Krebs, former director of the federal Cybersecurity and Infrastructure Security Agency. “Considered a low-dollar, online nuisance crime only a few short years ago, ransomware has exploded into a multibillion-dollar global racket that threatens the delivery of the very services so critical to helping us collectively get through the COVID pandemic,” he said in testimony before the U.S. House Subcommittee on Cybersecurity in May. “To put it simply, we are on the cusp of a global pandemic of a different variety, driven by greed, an avoidably vulnerable digital ecosystem, and an ever-widening criminal enterprise.” Read more…

3. Deposits keep TuSimple on pace for driverless trucks by 2024

Self-driving truck technology company TuSimple continues on pace to introduce driverless Class 8 Navistar tractors on U.S. highways within a few years. The company has nearly 7,000 reservations for its new line of purpose-built SAE Level 4 (L4) trucks, scheduled to hit the road in 2024.

Along with making U.S. highways safer, these self-driving tractors will also help combat driver and technician labor shortages this decade, according to Jim Mullen, TuSimple’s chief administrative officer, who spoke at length with FleetOwner about this next step in transportation technology. Read more…

Autonomous trucks are not only coming, they are inevitable. That was a key narrative at the Federal Motor Carrier Safety Administration’s 20th annual Analysis, Research, and Technology Forum held on March 10. Many truck-focused technology startups are currently piloting varied levels of autonomous driving solutions with fleet and OEM partners, though truly driverless trucks, those achieving Level 5 automation, may be many years away.

“Nothing will happen overnight, but automated vehicles will certainly make inroads into that [long-haul driver] workforce,” stated FMCSA Acting Administrator Meera Joshi in March. “But this is a reality and there will be a major shift in the workforce,” Joshi said. Read more…

Self-driving commercial trucks could regularly operate alongside the motoring public on U.S. highways sooner than many may think, particularly as the industry moves beyond prototypes to real-world, on-road testing. However, the shift likely will be gradual and largely dependent on commercial truck OEMs, regulations, and gaining public acceptance.

Autonomous vehicle (AV) technology providers Kodiak Robotics and Waymo have been hauling freight with self-driving Class 8 trucks in the Southwest corridor of the U.S. over the last few years. And they are learning how their autonomous trucks are interacting with some of the busiest traffic environments in the country, as well as what it will take to bring full-scale Level 4 autonomy to commercial trucking. With Level 4 autonomy, drivers can shift safety-critical functions to the vehicle, which operates only if all required conditions are met. Whereas, no driver is required for Level 5 autonomy, which is known as “anytime, anywhere” technology that can drive the vehicle under all conditions. Read more…